FILM : Ben McKenzie in ‘Johnny Got His Gun’ 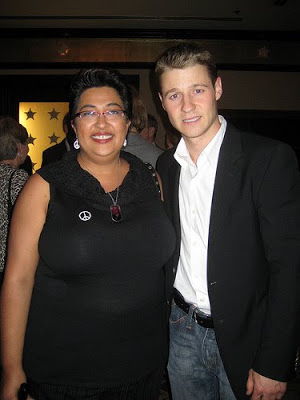 “Johnny Got His Gun” opens in Austin September 26th at the Dobie Theatre. It is a starkly powerful film based on a 1939 antiwar novel by Dalton Trumbo. The sole actor is Austin native Ben McKenzie, best known for his role as a high school heartthrob in the television show, O.C.

See this movie. See it because Ben McKenzie is a fine actor. See it because Dalton Trumbo, one of the blacklisted Hollywood 10, writes a compelling story. Let it stir memories of what a simply staged production can evoke. Buy a ticket because a portion of the ticket price supports the Fallen Patriot Fund for injured soldiers returning from Iraq and Afghanistan.

Johnny Got His Gun has a sparse palette – a bench and a chair, occasional background lights for a pavilion or a night sky. It has only Ben McKenzie acting. His talent fills the screen. Softening his gaze so that we see his girlfriend in his eyes, erupting in rage, dissolving in despair. Diving under the bench, we watch him re-live artillery shelling. Reacting to a pinch and the metal blade that takes off a limb. Nursing his missing arm. A slight lift of his torso and we see the nurse changing his bedsheet. Within the limitations of this austere stage set, we experience his limitations and his racing mind. Through McKenzie’s acting, we feel the pain of a World War I amputee and know that while almost a century separates that pain from that of a roadside bomb victim in Baghdad, it is the same, universal loss – the cost of war.

“Johnny Got His Gun” premiered at the Paramount in Austin Monday night. The audience included friends of Ben McKenzie and his family and peace activists along with young people brought there by Ben McKenzie’s star power. I wondered what the younger contingent thought when they silenced their cell phones to see a movie with no special effects and few laugh-lines. We have become so accustomed to multi-sensory experience, so wired to on-screen movement, that the sheer simplicity of this production is shocking.

Other characters were present only through the description of Joe Bonham, a quadruple amputee with catastrophic injuries to his face. The film traps you in a small space in the same way Joe Bonham is trapped. “It evokes the isolation of major injury,” said a GI rights counselor after the film. Cindy Thomas, Army spouse, put it more simply to the director, “It reminded me of Walter Reed.”

I asked Ben McKenzie how he came to act in this movie. He said that the director, Rowan Joseph, approached him about the project. It was a powerful script and he thought he could reach a younger generation with its message.

Dalton Trumbo wrote his award-winning novel prompted by a news story about an American soldier hit by an artillery shell during World War I. As the soldier regains consciousness, he struggles to mark time and find ways to communicate. He asks to be put on display in the halls of Congress and in front of Parliaments as a living example of the true cost of war.

Trumbo, called before the House Un-American Activities Committee (HUAC) in 1947, was blacklisted and spent nearly a year in prison. He wrote under pseudonyms until the 60s. In 1971, as another war raged, he directed a screen adaptation of “Johnny Got His Gun,” starring Timothy Bottoms and Jason Robards.

We live in an era of sanitized war. Unlike the Vietnam era, most of us are shielded from the experience because there is no draft. There is virtually no television coverage of the war. Peace activists struggle to break through the ether. Hopefully, with Ben McKenzie as a draw, “Johnny Got His Gun” will bring the human cost of war to a new and wider audience.

[For more about Johnny Got His Gun, go here.]

1 Response to FILM : Ben McKenzie in ‘Johnny Got His Gun’