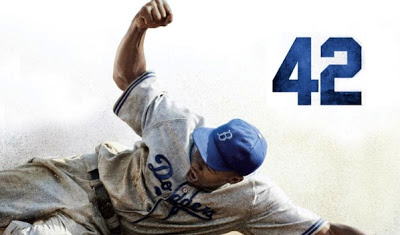 This was a man tortured by the fact that his own experience was used as a cudgel against building a public, fighting movement against racial injustice.

See “Dave Zirin Writes from the Busy Intersection of Sports and Politics” by Thorne Dreyer at Truthout, and listen to Dreyer’s March 22, 2013, interview with Zirin on Rag Radio.

This week in Major League Baseball was Jackie Robinson Day. This is when Commissioner Bud Selig honors the man who broke the color line in 1947 and pats MLB on the back for being “a leader in the Civil Rights Movement.” It’s possible to appreciate that Selig honors one of the 20th Century’s great anti-racist heroes. It’s also possible, out of respect for Jackie Robinson, to resent the hell out of it.

Ignored on Jackie Robinson Day are baseball’s decades of racism before Jackie broke the color line. Ignored are Robinson’s own critiques of baseball’s bigoted front office hiring policies. Ignored is the continuance of the racism that surrounds the game in 2013. Ignored is the fact that today in Arizona, Latino players live in fear of being stopped by police for not having their papers in order.

The recent film 42 about Jackie Robinson’s entry into the Major Leagues shares this contradiction. I can certainly understand why many people I respect love this film. I can understand why a teacher I know thinks it’s a great primer for young people who don’t know Jackie’s story. I understand why, given the high production values and loving depictions, Jackie Robinson’s family has been outspoken in their appreciation.

But I didn’t like it, and with all respect, I want to make the case that I don’t believe Jackie Robinson would have liked it either.

Early in the film, Jackie Robinson, played by newcomer Chadwick Boseman, says, “I don’t think it matters what I believe. Only what I do.” Unfortunately that quote is like a guiding compass for all that follows. The filmmakers don’t seem to care what Robinson — a deeply political human being — thought either. Instead 42 rests on the classical Hollywood formula of “Heroic individual sees obstacle. Obstacle is overcome. The End.”

That works for Die Hard or American Pie. It doesn’t work for a story about an individual deeply immersed and affected by the grand social movements and events of his time. Jackie Robinson’s experience was shaped by the Dixiecrats who ruled his Georgia birthplace, the mass struggles of the 1930s, World War II, the anti-communist witch-hunts, and later the Civil Rights and Black Freedom struggles. To tell his tale as one of individual triumph through his singular greatness is to not tell the story at all.

This is particularly ironic since Jackie Robinson spent the last years of his life in a grueling fight against his own mythos. He hated that his tribulations from the 1940s were used to sell a story about an individualistic, Booker T. Washington approach to fighting racism.

As he said in a speech,

All these guys who were saying that we’ve got it made through athletics, it’s just not so. You as an individual can make it, but I think we’ve got to concern ourselves with the masses of the people — not by what happens as an individual, so I merely tell these youngsters when I go out: certainly I’ve had opportunities that they haven’t had, but because I’ve had these opportunities doesn’t mean that I’ve forgotten.

This was a man tortured by the fact that his own experience was used as a cudgel against building a public, fighting movement against racial injustice.He wanted to shift the discussion of his own narrative from one of individual achievement to the stubborn continuance of institutionalized racism in the United States. The film however is a celebration of the individual and if you know how that pained Mr. Robinson, that is indeed a bitter pill.

The film’s original sin was to set the action entirely in 1946 and 1947. Imagine if Spike Lee had chosen to tell the story of Malcolm X by only focusing on 1959-1960 when he was a leader in the Nation of Islam, with no mention of his troubled past or the way his own politics changed later in life. Malcolm X without an “arc” isn’t Malcolm X. Jackie Robinson without an “arc” is just Frodo Baggins in a baseball uniform.

We don’t get his public feud with Malcolm X, where Malcolm derided him as a “White man’s hero” and he gave it right back saying, “Malcolm is very militant on Harlem street corners where militancy is not that dangerous. I don’t see him in Birmingham.” We don’t get his daring, loving obituary to Malcolm after his 1965 assassination at a time when the press — black and white — was throwing dirt on his grave.

We don’t get his support of the 1968 Olympic boycotters. We don’t get the way his wife Rachel became an educated political figure who cared deeply about Africa, as well as racial and gender justice in America. We don’t get the Jackie Robinson who died at 52, looking 20 years older, broken by the weight of his own myth. We don’t get Raging Bull. We get Rocky III.

But if the focus of 42 is only going to be on 1946 and 1947, then there is still a lot to cover: namely Brooklyn Dodgers owner Branch Rickey, Jackie Robinson, and their relationship to the Negro Leagues. Rickey — with Robinson’s support — established a pattern followed by other owners (with the notable exception of Bill Veeck), of refusing to compensate them for their players.

On the day Robinson signed with the Dodgers, Rickey said, “There is no Negro League as such as far as I’m concerned. [They] are not leagues and have no right to expect organized baseball to respect them.” This led to the destruction of the largest national black-owned business in the United States.

You would never know this from 42. Instead the film chooses to affix a halo to Branch Rickey’s head. Instead, under a prosthetic mask, Harrison Ford plays Rickey as a great white savior, and not even Han Solo can make that go down smoothly.

Fairing better than Ford is the terrific performance of Chadwick Boseman as Robinson. Jackie Robinson could be sensitive about his voice, which was clipped and somewhat high-pitched. Boseman’s voice is so smoky it could cure a ham and his eyes and manner give hints of an internal life the film otherwise ignores.

He was an honorable person who would have been humbled by the effort made to make him look like a hero. He would have seen the value in being a role model of pride and perseverance for the young. But at home, alone, he would have thought about it. And he would have seethed.

This article was also posted at The Nation blog.

[Dave Zirin is sports editor at The Nation and the author of the new book, Game Over: How Politics Has Turned the Sports World Upside Down (The New Press). Receive his column every week by emailing dave@edgeofsports.com. Contact him at edgeofsports@gmail.com. Read more articles by Dave Zirin on The Rag Blog.]