FILM / Ed Felien : Harry Potter Through the Eyes of an Afghan Child 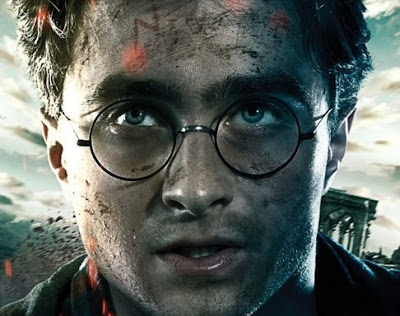 Harry Potter through the

eyes of an Afghan child

SPOILER ALERT: Read this only if you already know how Harry Potter and the Deadly Hallows, Part Two and the war in Afghanistan end.

A large part of the charm of Harry Potter is nostalgia for the simple naiveté of childhood. We are willing to believe in supernatural powers because up to the age of four or five we believed we were the center of the universe. We believed we had magical powers. If we didn’t like something we would cry, and Mommy and Daddy would change it.

The pull of this nostalgia in the Harry Potter series is intensified by encapsulating the fantasy in the context of a 1930’s English boarding school. Hogwarts could easily pass for the “playing fields of Eton,” a familiar and archetypical educational experience.

Would any of this make sense to an Afghan child?

Perhaps the reference to the English boarding school might seem confusing, but the magical powers of childhood would seem familiar. But, more than that, the life or death struggle between Harry Potter and Voldemort would seem like current events.

Voldemort (literally, from the French, “theft of death”) has achieved a kind of immortality by transferring his soul into material objects called horcruxes. If anything happens to his body, then the material objects into which he has poured his soul can reanimate his corpse.

This must be the way the Afghans see the U.S. occupation of their country. If they defeat U.S. troops at one place, the foreign invader springs up even larger somewhere else. Voldemort has set up a stooge to run Hogwarts in the same way the U.S. has set up a CIA stooge, Karzai, to run Afghanistan.

In the final battle Voldemort sends unmanned magic flying discs to bomb and murder the students and faculty in much the same way the U.S. now sends drones against the Afghan, Pakistan, Yemeni, and Somali populations.

The movie begins with Harry, Ron, and Hermione on a quest to destroy the horcruxes. By using disguises and an invisibility cloak they sneak into Death Eater Bellatrix Lestrange’s vault at the Wizarding Bank and recover Helga Hufflepuff’s cup. Harry destroys it with the Sword of Godric Gryffindor and then learns another horcrux is hidden in Hogwarts. Ron and Hermione find the Diadem of Ravenclaw and destroy it with the sword. 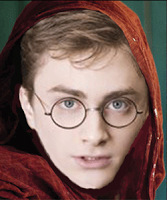 Yet, they persist. Whether with a Sword of Godric Gryffindor in Harry Potter or an I.E.D. in Afghanistan, they blow up the material objects that have been used as an instrument of their oppression. Their only hope is to exhaust their power and drain their treasury.

By the final battle, there is but one horcrux left to Voldemort, his trained killer python, Nagini. But there is one other horcrux protecting Voldemort of which he is unaware. When he murdered Harry Potter’s parents, he tried unsuccessfully to murder Harry as well, but he only scarred his forehead. In his effort to murder Harry he poured part of his soul into him, and, so, Harry Potter is himself a horcrux for Voldemort. Which means, as long as Harry is alive, Voldemort cannot die. Voldemort does not know this and continues trying to kill him.

After an epic battle that has left many dead and wounded and Hogwarts in ruins reminiscent of the Church of St. Luke in Liverpool after the Blitz in World War II, Voldemort calls for a truce and issues an ultimatum. He will spare the remains of Hogwarts if he can have Harry Potter.

Harry has no choice. The suffering of his friends and the destruction of his school are too much for him, and he alone knows that Voldemort will never die as long as he lives. So he sacrifices himself.

Voldemort issues the killing curse: “Avada Kedavra,” which means instant death for Harry. Harry goes to a limbo-like place that looks like the waiting room in a train station. His deceased headmaster, Dumbledore, is there and explains that Voldemort couldn’t kill him. When he drained the blood out of him he became invulnerable to Voldemort’s curse, and when Voldemort attacked him he drained him of the horcrux that protected Voldemort.

Meanwhile, back at Hogwarts, Voldemort is insisting that all the remaining students and faculty swear allegiance to him. Neville Longbottom tries to rally the students to resist. Voldemort places the Sorting Witch’s hat on Neville’s head and causes it to burst into flames. Neville pulls the Sword of Godric Gryffindor out of the burning hat and slays Nagini, the last remaining horcrux protecting Voldemort.

At this point Harry comes back to life and battles once again with Voldemort. This time they are both mortal, and this time Harry wins and peace is restored.

What would an Afghan child think of this?

Wouldn’t he identify with Harry in his quest to try to destroy the material objects that are destroying his country and killing his friends? Wouldn’t he understand Harry’s sacrifice of himself as the only way to stop the destruction? And wouldn’t the afterlife, the final battle between virtue and evil and the ultimate triumph of goodness seem real to an innocent and religious child?

Come all ye young rebels, and list while I sing,

For the love of one’s country is a terrible thing.

It banishes fear with the speed of a flame,

And it makes us all part of the patriot game.