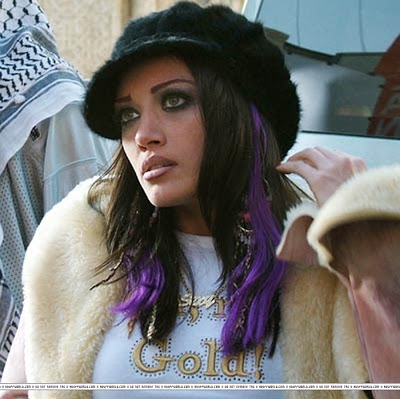 It’s not uncommon for a big-budget Hollywood flick to get mixed reviews and then go on to do gang-busters at the box office. Movie-goers’ desires when looking for a little escapism on a Saturday afternoon don’t always mesh with the critics’ tastes. But it’s almost unheard of for scrappy, independent films to do well without critical raves. Low-budget films live or die according to their reviews, and a so-so write up is usually a quick ticket to the video shelf.

That’s the rule; War, Inc., John Cusack’s dark parable about the rape and pillage of the Iraqi economy — what Antonia Juhasz calls Bush’s “economic invasion” of Iraq – is the exception. While the film wasn’t exactly panned by critics — overall, its writing and acting were well-received — quite a few mainstream reviewers were dismissive of its premise. For many in the commercial media, Iraq, and the rampant war-profiteering that’s marked the adventure from the beginning, is old news, and they greeted it with a collective ‘ho-hum.’

Time called the film, “a great excuse to call up your old liberal pals and relive that dreamy time when war as business was an idea worth satirizing.” The New York Times’ David Carr wrote, “Those who suggest that the movie’s core premise – war as a profit engine – is so five years ago are right in a way” (not that Carr would suggest anything of the sort himself). Reuters’ Frank Scheck predicted that “the First Look release is unlikely to counter the commercial malaise for war-themed films.”

That wasn’t a surprise to Cusack and his production team. “We knew this would be considered an incendiary political statement,” he told me this week from Bankgok, where he’s shooting his next project, Shanghai. “We knew that we’d get some push-back.” Cusack decided to bypass the gate-keepers of the corporate media altogether. “From the beginning we decided to leverage the alternative media — to take the film directly to the anti-war Audience that would support it not only for its subversive entertainment value, but also for the statement it made — for the truth it tries to tell through its absurdist lens.”

War, Inc. was the first theatrical release to have such a marketing strategy. “We did some of the usual interviews to promote the project,” Cusack said. “But we also did dozens of interviews with alternative outlets and leading progressive bloggers. We started a My Space page that has some rabidly active folks down for the cause…. I posted diaries on DailyKos; we did live chats with readers of blogs like Crooks and Liars. The progressive community really got behind the film and any success we have had and will have for the life of the film is due to these sites and the online community.” The film’s advertising budget was next-to-nothing; Cusack said “the project had no corporate backing.” In June, when the release expanded to Massachusetts, New Jersey, Texas, Connecticut, Washington and Illinois, indy journalist Larisa Alexandrova noted that it was “thanks to word-of-mouth, the alternative press and the blogosphere.”

Cusack was playing to a receptive audience. The gap between the dismissive snorts from commercial outlets like The Washington Post and the film’s reception in the alternative media was a mile wide. The Nation’s Jeremy Scahill called the film “this generation’s Dr. Strangelove and “a powerful, visionary response to the cheerleading culture of the corporate media and a pliant Hollywood afraid of its own shadow.” Arianna Huffington wrote that the film found “a savage reality-altering humor amidst the tragedy of Iraq. It delivers a wicked punch in the gut, making you laugh, wince, and get outraged all at the same time.” Naomi Klein, whose work Cusack and his co-writers followed closely while working on the script, told Huffington that the film “cranks up the dial on the state of privatized war just enough that we can finally see our present clearly. As you’re watching it, you can’t help wondering: can these guys really get away with this?”

War, Inc.’s opening weekend — in a limited New York-L.A. release — came in second only to Indiana Jones and the Kingdom of the Crystal Skull in average take per screen (the only way to compare smaller independent films with their big-budget cousins). Now showing in 20 cities and towns, the flick continues to hold its own; in its seventh week of release, it came in 31st in average take per theater last weekend (among films in at least ten theaters), beating block-busters like Iron Man, The Chronicles of Narnia: Prince Caspian and Speed Racer. Dr. Seuss’ Horton Hears a Who! has grossed about three hundred times what War, Inc. has raked in, but its per-theater average was about a quarter of the indy film’s take last weekend.

It’s an impressive showing for a film that almost didn’t get made. Cusack started shopping the project around just as Dixie Chicks’ CDs were being thrown onto bonfires, and not long after White House Spokesman Ari Fleischer warned that “nowadays you have to be careful what you say and do,” and nobody was biting. For the major studios, it was too “anti-corporate”; they feared it’d be seen as “anti-American.” The film was eventually shot on a shoestring budget in Bulgaria, financed with European cash.

What was it that grabbed the attention of progressive audiences? The film is funny, but it’s also a groin-kick to what Klein calls “disaster capitalism” – she defines it as “today’s preferred method of reshaping the world in the interest of multinational corporations [by] to systematically exploit[ing] the state of fear and disorientation that accompanies moments of great shock and crisis.”

It appears that War, Inc. tapped into a deep well of white-hot anger about the ideologically-driven war Bush and his supporters unleashed on the world, an anger that many people hold, but which is rarely reflected in the mainstream discourse about Iraq.

By and large, the commercial media has moved on from the debacle in Iraq — it’s a secondary story. Pollsters tell us that the war — occupation — is no longer the top issue on American voters’ minds; conventional wisdom has gelled around the idea that the “situation on the ground” is improving. It’s a myth; U.S. troop casualties are down because large swaths of Iraq have been turned over to “awakening councils” – local chieftans, many of whom were branded as “terrorists” and “extremists” until they went on the U.S. payroll. Patrols are down; U.S. troops are spending more time in their bases. Moqtada al Sadr’s cease-fire also corresponded perfectly with the drop in attacks. Sectarian violence is down somewhat, because with 4 million Iraqis displaced from their homes — about one in seven — many areas have been thoroughly “cleansed.”

In the meantime, the armed robbery continues unabated. Earlier this month, the New York Times reported that Exxon-Mobil, Shell, Total, BP and Chevron won “unusual no-bid contracts” to develop the country’s vast oil wealth, avoiding competition with “more than 40 other companies, including companies in Russia, China and India.” The U.S. government acknowledged for the first time that a “group of American advisers led by a small State Department team played an integral part in drawing up” the contracts, unique among major oil producers, “to develop some of the largest fields in Iraq.” (Kurdish officials claim the deals are “illegal.”)

Iraq remains a devastated remnant of a state, and its neighbors continue to struggle under the weight of the worst refugee crisis of the young century. According to the International Red Cross, “the humanitarian situation in most of the country remains among the most critical in the world.” Millions of Iraqis “have insufficient access to clean water, sanitation and health care. Despite limited improvements in security in some areas, armed violence is still having a disastrous impact. Civilians continue to be killed … the injured often do not receive adequate medical care.” The Associated Press reports that in Baghdad, even five years after the invasion, “many people still get only three to four hours of city power – and they are bitter.” There’s been virtually no significant reconciliation on the issues that divide Iraq’s warring political factions — the ostensible justification for last year’s troop increase.

The country’s infrastructure remains in shambles, despite tens of billions of U.S. tax dollars being showered on firms like KBR, Halliburton and Bechtel. A New York Times editorial notes that “current war fraud runs into untold billions, including faulty ammunition and vehicles and not-so-bullet-proof vests,” and adds that because of “a gaping hole in the law against war profiteering, companies ripping off taxpayers in the Iraq and Afghanistan wars may never be fully prosecuted.” A Pentagon audit unearthed $15 billion dollars that they can’t account for – poof – vanished into thin air.

All of this should be a national outrage, and for many people it is. There’s a bumper sticker, made popular by the Bush regime, which reads, “if you aren’t completely appalled, then you haven’t been paying attention.” Millions of Americans have been paying attention, many bypassing the mainstream U.S. media, and that is where War, Inc. has drawn its audience. Cusack hopes it will continue to do so. “It’s almost unheard of for an independent film like War, Inc. to do 8 weeks in the theaters during the summer,” he told me. “With a little luck, maybe the film can keep defying expectations and stay in the theaters right through to the election.”