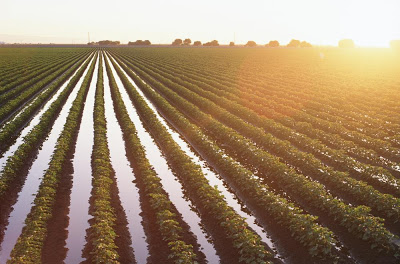 A food revolution in the making from Victory Gardens to White House Lawn
By Michael Pollan / April 20, 2009

Last month, First Lady Michelle Obama broke ground for a new vegetable garden on the South lawn of the White House. It’s the first time food will be grown at the President’s residence since Eleanor Roosevelt planted her Victory Garden during World War II. Back then, as part of the war effort, the government rationed many foods and the shortage of labor and transportation fuel made it difficult for farmers to harvest and deliver fruits and vegetables to market. The First Lady’s Victory Garden set an example for the entire nation: they too could produce their own fruits and vegetables. Nearly 20 million Americans answered the call. They planted gardens in backyards, empty lots, and even on city rooftops. Neighbors pooled their resources, planted different types of produce, and formed cooperatives–all in the name of patriotism.

By the time the war ended, home gardeners were producing 40 percent of the United States’ produce. They aided the war effort by creating local food networks that provided much needed produce in their own communities, but their effect on the social fabric of the nation was greater still. Urban and suburban farmers were considered morale boosters who had found a great sense of empowerment through their own dedication to a common cause.

Today, home gardening is on the rise, but most Americans still know very little about where their food comes from, and even less about how the changes in temperature and precipitation associated with global warming may alter national food production. If you break down the fossil fuel consumption of the American economy by sector, agriculture consumes 19 percent of the total, second only to transportation. Unfortunately, there hasn’t been a concentrated effort to mitigate its impact on the climate. If we want to make significant progress in reducing global warming we will need to wean the American food system off its heavy 20th-century diet of fossil fuel and put it back on a diet of contemporary solar energy.

Resolarizing the food economy can support diversified farming and shorten the distance from farm to fork, shrinking the amount of fossil fuel in the American diet. A decentralized food system offers many other significant benefits: Food eaten closer to where it is grown is fresher and requires less processing, making it more nutritious, and whatever may be lost in efficiency by localizing food production is gained in resilience; regional food systems can better withstand all kinds of shocks.

Here are few examples of how we could start:

· Make food-safety regulations sensitive to scale and marketplace, so that small producers selling direct off the farm or at a farmers’ market are not regulated as onerously as a multinational food manufacturer.

· Urge The U.S.D.A. to establish a Local Meat-Inspectors Corps to serve and support the local food processors that remain.

· Create incentives for hospitals and universities receiving federal funds to buy fresh local produce which would vastly expand regional agriculture and improve the diet of the millions of people these institutions feed.

This isn’t just about government reform. Organizations, businesses, and even individuals like you can help advance these key initiatives and support both the revival of food local food economies and the health of our nation.

Next month the Natural Resources Defense Council will honor individuals who have demonstrated leadership and innovation in the field of sustainable food in its first annual Growing Green Awards. As the Chair of the selection committee, I’m excited to be part of this initiative and join NRDC in recognizing the extraordinary contributions this years honorees have made in the areas of ecologically-integrated farming, climate and water stewardship, farmland preservation, and social responsibility. The Growing Green Awards is an opportunity to highlight the contribution individuals can make in creating a more sustainable future through better food production practices that improve the health of people and the planet.

Read the rest at the Source / OnEarth

Many thanks to Janet Gilles / The Rag Blog