For the West, Mistake Has Become Second Nature 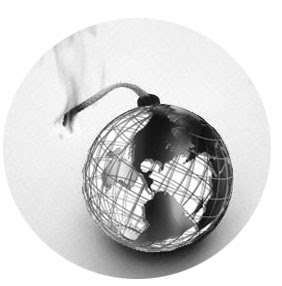 We tilt at windmills as world war looms
By Simon Jenkins / August 24, 2008

Is the world drifting towards a new global war? From this week the dominant super-power, America, will for three months pass through the valley of the shadow of democracy, a presidential election. This is always a moment of self-absorption and paranoia. Barack Obama and John McCain will not act as statesmen but as politicians. They will grandstand and look over their shoulders. Their eye will stray from the ball.

Meanwhile, along history’s fault line of conflict from Russia’s European border to the Caucasus and on to Iran, Afghanistan and Pakistan, diplomats are shifting uneasily in their seats, drums are sounding and harsh words are spoken. The world is now run by a generation of leaders who have never known global war. Has this dulled their senses?

Dan McNeill, an American general, was recently interviewed in Kabul on how to beat the Taliban. He was not the first to conclude that this could not be done militarily but only by “winning hearts and minds”. The problem, he said, lay in the answer to the question, “Whose hearts and minds?” Was it those of the Afghan people or was it rather those of the American Congress and voters?

* Moscow ups the ante in poker game with West

America now thinks it has won in Baghdad and must return to Kabul – and possibly even Tehran. At the same time it must face the possibility that these conflicts may in turn be a distraction from the reemergence as world powers of Russia and China, who are already gaining the initiative in Iran and Africa. Moscow is also precipitating a nationalist resurgence in eastern Europe and among Russian minorities in the Caucasus.

The question is critical. Has the West misjudged the fault line of an impending conflict? Its global strategy under George Bush, Tony Blair and a ham-fisted Nato has declared the threat to world peace as coming from nonstate organisations, specifically Al-Qaeda, and the nations that give them either bases or tacit support. Western generals and securocrats have elevated these anarchist fanatics to the status of nuclear powers. Policing crime has become “waging war”, so as to justify soaring budgets and influence over policy, much as did America’s military-industrial complex during the cold war.

Might it be that a raging seven-year obsession with Osama Bin Laden and his tiny Al-Qaeda organisation has blinded strategists to the old verities? Wars are rarely “clashes of civilisation”, but rather clashes of interest. They are usually the result of careless policy, of misread signals and of mission creep closing options for peace.

Terrorists, wherever located and trained, can certainly capture headlines and cause overnight mayhem, but they cannot project power. They cannot conquer countries or peoples, only manipulate democratic regimes into espousing illiberal policies, as in America and Britain. By grossly overstating the significance of terrorism, western leaders have distracted foreign policy from what should be its prime concern: securing world peace by holding a balance of interest – and pride – among the great powers.

To any who lived through the cold war, recent events along Russia’s western and southern borders are deeply ominous. Moscow initially spent the 17 years since the fall of the Soviet Union flirting with the West. It had been defeated and had good reason for disarming and putting out feelers to join Nato and the European Union. It took part in such proto-capitalist entities as the G8.

In the case of Nato and the EU it was arrogantly rebuffed, while its former Warsaw Pact allies were accepted. Moscow was told it would be foolish to worry about encirclement. A nation that had never enjoyed democracy should content itself with basking in its delights. Russians in the Baltic states and in Ukraine should make their peace with emerging governments. The political clutter of the cold war should be decontaminated.

Suddenly this has not worked. The world is showing alarming parallels with the 1930s. Lights are turning to red as the world again approaches depression. The credit crunch and the collapse of world trade talks are making nations introverted. Meanwhile, the defeated power of the last war, Russia, is flexing its muscles and finding them in good working order.

On Thursday Gordon Brown told his troops in Afghanistan that “what you are doing here prevents terrorism coming to the streets of Britain”. He cannot believe this any more than do his generals. Afghanistan poses no military threat to Britain. Rather it is Britain’s occupation and the response in neighbouring Pakistan that fosters antiwestern militancy in the region. Like the impoverishment of Germany between the wars, the stirring of antiwestern and antiChristian sentiment in the Muslim world can only be dangerous and counter-productive. Yet we do it.

The Taliban are fighting an old-fashioned insurgent war against a foreign invader and recruiting Pakistanis and antiwestern fanatics to help. They have succeeded in tormenting Washington and London with visions of a destabilised nuclear Pakistan, a blood-drenched Middle East and an Iran whose leaders may yet turn to jihad. For Brown – or the American presidential candidates – to imply that these conflicts with the Muslim world are making the world “safer” is manifestly untrue.

Worse, it distorts policy. Rather than calming other foes so the West can concentrate on the conflicts in hand, it is pointlessly stirring Russian expansionism to life.

There is no strategic justification for siting American missile systems in Poland and the Czech Republic. It is nothing but right-wing provocation. Nato’s welcome to Georgia and Ukraine, for no good reason but at risk of having to come to their aid, has served only to incite Georgia to realise that risk while also infuriating Moscow.

Russia is well able to respond recklessly to a snub without such encouragement, so why encourage it? The more powerful state – America – surely has an obligation to show the greater caution. Any strategic decision, such as the goading of Moscow, must plan for its response. Nato’s bureaucracy, lacking coherence and leadership, has been searching for a role since the end of the cold war. That role is apparently now to play with fire.

Western strategy is dealing with a resurgent, rich and potent Russia. It has played fast and loose with Moscow’s age-old sensitivity and forgotten the message of George Kennan, the American statesman: that Russia must be understood and contained rather than confronted. The naive remarks welcoming Georgia to Nato by David Miliband, the foreign secretary, show a West far detached from such analytical truths.

Any student of McCain or Obama, of Russia’s Vladimir Putin and Dmitry Medvedev, or of the leaders of Britain, France and Germany, might conclude that these are not people likely to go to war. They are surely the children of peace. Yet history shows that “going to war” is never an intention. It is rather the result of weak, shortsighted leaders entrapped by a series of mistakes. For the West’s leaders at present, mistake has become second nature.

This entry was posted in RagBlog and tagged Existential Angst, Global Crisis, War. Bookmark the permalink.