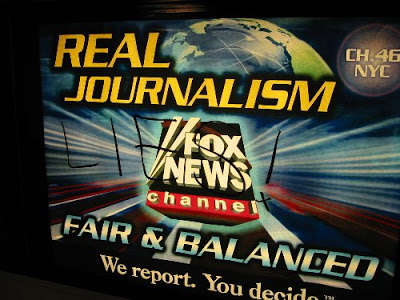 Conservatives have created a two-tier system of accountability: one for progressives, the other for themselves and their claimed moral rectitude. Share Digg del.icio.us Reddit Newsvine The sensationalist media inquest into Sen. Barack Obama’s associations has cheapened the national debate. It has also exposed the hypocrisy and double standard of the conservative media.

Fox News, which has championed this “guilt by association,” questions Obama’s fitness for office because of his relationship with the Rev. Jeremiah Wright and Bill Ayers, a distinguished professor of education at the University of Illinois at Chicago.

But if Fox News truly believed in guilt-by-association, the network would have severed ties with some of its pundits and consultants.

Mark Fuhrman — of O.J. Simpson infamy — is now one of its talking heads. Fuhrman, if you remember, was convicted of lying under oath during Simpson’s murder trial when he denied having used the word “nigger.” For right-wingers unburdened with racial sensitivity, Fuhrman’s easy use of the “n” word was probably not a big deal. And for Fox News, flouting the law is OK as long as the cause is right. O.J. Simpson was guilty, legalities be damned.

G. Gordon Liddy, sentenced to 20 years in prison for his role in the 1972 Watergate break-in (he served almost five), enjoys a post-prison celebrity status among conservatives. Liddy turns up on Fox News as a respected commentator, and has cultivated a fan base as a right-wing talk-radio jock. While Fox’s pundits froth at the mouth condemning Ayers for his membership in the Weather Underground 40 years ago, Liddy, whose crimes created a constitutional crisis, is embraced and celebrated as a conservative hero.

Conservatives have created a two-tier system of accountability: one for progressives, the other for themselves and their claimed moral rectitude.

How about Oliver North? His claim to fame was the Iran-Contra affair in the ’80s, when he illegally sold weapons to Iran’s Ayatollah Khomeini and transferred the money to Nicaraguan Contras, in violation of U.S. law. He was charged with 16 felonies and convicted of three, which were later overturned because the prosecution had used testimony given under a grant of immunity. For his mockery of the Constitution, North became a right-wing folk hero, eventually landing a job at Fox News as an Iraq War correspondent. He was subsequently given his own television show, “War Stories.”

Former Bush adviser Karl Rove is now a paid commentator on Fox News. Though Rove has not been convicted of any crimes, he has had an uneasy relationship with ethics and the law: reportedly the mastermind of the political firing of nine U.S. attorneys; allegedly outing CIA operative Valerie Plame; spreading rumors in 2000 about Sen. John McCain having fathered a daughter with a black woman; and selling the Iraq War for political advantage. But to Fox News and its conservative base, Rove is a hero.

William Kristol is not a former convict, but as salesman-in-chief for the Iraq War he has committed crimes of conscience. Kristol has a permanent seat on Fox News Sunday. Despite his discredited claims about Saddam Hussein’s nuclear programs and his many attempts to link Hussein with al Qaeda, Kristol continues to be featured as an expert on the war.

Newt Gingrich, Fox News’ most erudite and self-righteous pundit, has a checkered past that includes reportedly serving divorce papers to his cancer-stricken wife while she lay in her hospital bed. The former House Speaker also admitted to an affair with an aide while he was still married, even as he championed President Clinton’s impeachment. Most liberals believe these private matters should not disqualify people from public office. However, the pedantic moralists at Fox News cannot exempt themselves from the standards they apply to others. Their hypocrisy needs exposing.

Conservatives have created a two-tier system of accountability: one for progressives, the other for themselves. But their claimed moral rectitude belies an indulgent attitude toward questionable legal and ethical conduct. Mark Fuhrman, G. Gordon Liddy and Oliver North betrayed the rule of law that conservatives like to crow about.

Fox News and its right-wing functionaries threaten the fabric of our electoral system. The push back should start with denying them legitimacy. That means exposing their hypocritical invocation of the “rule of law,” challenging their simplistic “anything goes” standard of patriotism and denouncing their use of guilt-by-association.