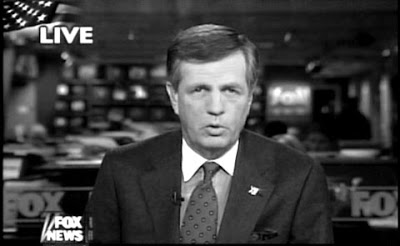 The following comes to us from MoveOn.org. FOX News acts as a propaganda arm of the Bush administration and the Republican right. Despite its cartoonish bias, it has broad reach and substantial clout and it should be challenged at every possible turn. The Rag Blog urges you to read this post and to sign the petition.

Right now, FOX is trying to paint Barack Obama as foreign, un-American, suspicious, and scary. They’re trying to send Americans the message that our country’s first viable black candidate for President is not “one of us.”

We’ve seen this before from FOX. They won’t stop until it becomes too painful to continue—until the public calls them out and advertisers start getting worried.

Now is the time to draw a line in the sand by putting FOX on notice that their behavior won’t be tolerated. Nearly 100,000 Americans have already expressed their outrage. Can you express yours by adding your name to this message?

“FOX must stop injecting racism, prejudice, and fear into our political dialogue. We intend to hold FOX, its advertisers, and its personalities accountable for FOX’s attempts to smear the Obamas.”

FOX’s longtime pattern of smearing Obama and the black community is well documented.1But the outrageous moments have increased in the last month.

First, a paid FOX commentator accidentally confused “Obama” with “Osama” and then joked on the air about killing Obama.2 Next, a FOX anchor said a playful fist bump by Barack and Michelle Obama could be a “terrorist fist jab.”3 And then, FOX called Michelle Obama “Obama’s baby mama”—slang for an unmarried mother of a man’s child, and a clear attempt to associate the Obamas with negative stereotypes about black people.4

If you know others who’d find FOX’s recent actions despicable, please ask them to sign the petition too. The more people who sign, the bigger our impact will be.

Our friends at ColorOfChange.org — an online advocacy group focused on the issues of importance to the black community—are leading this charge. They have already collected nearly 100,000 names to deliver as a group to FOX’s headquarters (in front of other media cameras, so FOX feels more heat). Here’s how they describe the situation:

After each of the incidents mentioned [above], FOX issued some form of weak apology. But what does it mean when you slap someone in the face, apologize the next day, then slap them again? It means the apology is meaningless.
Now is the time to call out FOX for these attacks and their fake apologies. The first stop is FOX. Next will be their advertisers and the FCC. If we don’t push back now, we will see more of the same from now until November. Please join us to demand that FOX answer for its behavior: