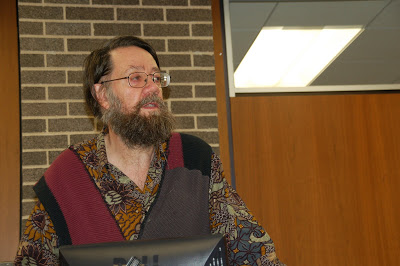 See biographical sketch of Franklin Rosemont and more graphics, Below.

CHICAGO — I ran into old friends Franklin and Penelope Rosemont Saturday at the Heartland Cafe where I was doing the “Live From the Heartland” radio show. The two of them had come to hear a young community activist who followed me on the program, to talk about Franklin’s book, The Rise and Fall of The Dill Pickle, the legendary Chicago jazz club and cultural/political hangout of the Jazz Age. Franklin and Penelope both seemed in great spirits seeing their work being taken up by the current generation.

Yesterday I was stunned to hear the sad news that Franklin had died the next day from an aneurysm.

Inspired by Jack Kerouac’s On the Road, Franklin had hitchhiked 20,000 miles around the USA and Mexico and wound up in San Francisco in 1960, the heyday of the beat generation poetry renaissance.

Franklin and Penelope went on to create the Chicago Surrealist Group in 1966 after traveling to Paris in 1965 to meet André Breton and attend meetings of the Paris Surrealist Group. The group played a major role in organizing the 1976 World Surrealist Exhibition in Chicago, and has published socially active newspapers and materials through the years. Franklin and Penelope also took over the old Kerr Publishing House and brought it back to life, reviving many classic works of labor history.

Many of their experiences together are documented in Penelope’s wonderful book, Dreams & Everyday Life : Andre Breton, Surrealism, the IWW, Rebel Worker, Students for a Democratic Society and the Seven Cities of Cibola in Chicago, Paris & London.

For more on Franklin Rosemont: Encyclopedia of Road Culture; Bibliography.

[Rag Blog contributor Mike Klonsky is an educator, writer and school reform activist who lives in Chicago. Like many of us here at The Rag Blog, he has roots in Sixties activism and had a decades-long friendship and working relationship with Franklin Rosemont and his partner Penelope. Mike blogs at SmallTalk.] 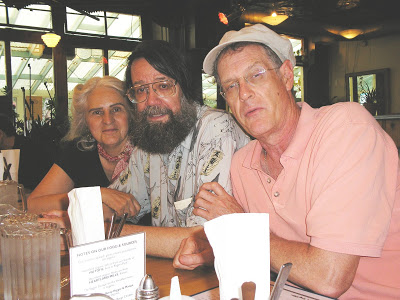 A friend and valued colleague of such figures as Studs Terkel, Mary Low, the poets Philip Lamantia, Diane di Prima, Lawrence Ferlinghetti and Dennis Brutus, the painter Lenora Carrington and the historians Paul Buhle and John Bracey, Rosemont’s own artistic and creative work was almost impossibly varied in inspiration and result.

[The following biographical sketch of Franklin Rosemont was prepared for The Rag Blog by Penelope Rosemont with David Roediger and Paul Garon.]

Franklin Rosemont met André Breton in 1966 and this became a turning point in his life. He became a celebrated, poet, artist, historian, editor, street speaker and surrealist activist. He died on Sunday April 12, 2009, at age 65. With his partner and comrade of more than four decades, Penelope Rosemont, he cofounded in 1966 an enduring and adventuresome Chicago Surrealist Group, making the city a center in the reemergences worldwide of that movement of artistic and political revolt. He has been editing a series on Surrealism for the University of Texas series on surrealism. Most recent in that series is Morning Star by french intellectual Michael Löwy.

Rosemont was born in Chicago on October 2, 1943, to two of the area’s more significant rank-and-file labor activists, the printer Henry Rosemont and the jazz musician Sally Rosemont. Dropping out of Maywood schools, he managed nonetheless to enter Roosevelt University in 1962. There he, already radicalized through family traditions, experiences with miseries inflicted by the educational system and through the reading of momentous political works and comics, entered the stormy left culture of Roosevelt.

The mentorship of the African American scholar St. Clair Drake and his relationship with Penelope led him to much wider worlds. He “hitchhiked 20,000 miles” even as he discovered surrealist texts and art. Soon, with Penelope, he found the surrealist thinker André Breton in Paris. Close study and passionate activity characterized the Rosemonts’ embrace of surrealism as well as their practice in art and organizing.

Active in the 1960s with the Industrial Workers of the World (IWW), the Rebel Worker group and Students for a Democratic Society (SDS), Rosemont helped to lead an IWW strike of blueberry pickers in Michigan in 1964 and began a long and fruitful association with Paul Buhle in publishing a special surrealist issue of Radical America in 1970. Lavish, funny and barbed issues of Arsenal/Surrealist Subversion and special issues of Cultural Correspondence were to follow.

Envelope from Franklin Rosemont to Herbert Marcuse, April 16, 1973, from Marcuse’s papers / Main City Library / Frankfort.
The smashing success of the 1968 world surrealist exhibition at Gallery Bugs Bunny in Chicago announced an ability of the Chicago surrealists to have huge cultural impact without ceasing to be critics of the frozen mainstreams of art and politics. The Rosemonts soon became leading figures in the reorganization of the nation’s oldest radical publisher, the Charles H. Kerr Company. In that role, and in providing coordination for the surrealist Black Swan Press, Rosemont helped to make Chicago a center of nonsectarian revolutionary creativity. In Chicago in 1976 he and Robert Green organized the Largest surrealist exhibition entitled the Marvelous freedom — World Surrealist Exhibition.

A friend and valued colleague of such figures as Studs Terkel, Mary Low, the poets Philip Lamantia, Diane di Prima, Lawrence Ferlinghetti and Dennis Brutus, the painter Lenora Carrington and the historians Paul Buhle and John Bracey, Rosemont’s own artistic and creative work was almost impossibly varied in inspiration and result. Without ever holding a university post, he wrote or edited more than a score of books while acting as a great resource for a host of other writers. 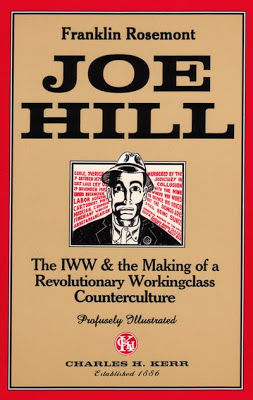 Rosemont’s book, Joe Hill, the IWW & the Making of a Revolutionary Workingclass Counterculture, has recently been translated into French and published in Paris. His coedited volume Haymarket Scrapbook stands as the most beautifully illustrated labor history publication of the recent past. In none of this did Rosemont separate scholarship from art, or art from revolt. His books of poetry include Lamps Hurled at the Stunning Algebra of Ants, The Apple of the Automatic Zebra’s Eye and Penelope. His marvelous fierce, whimsical and funny art work graced countless surrealist publications and exhibitions. 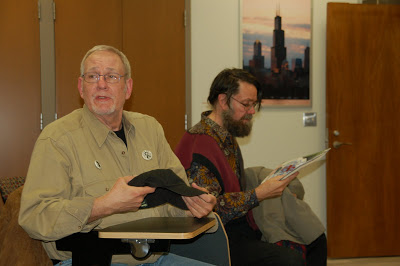