Gaza : The Pictures Tell the Story 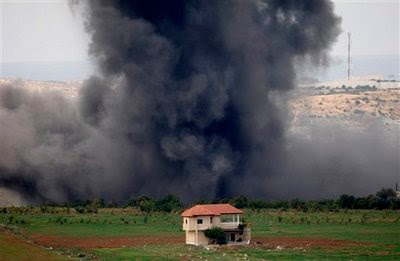 An explosion from an Israeli missile strike in the northern Gaza Strip. 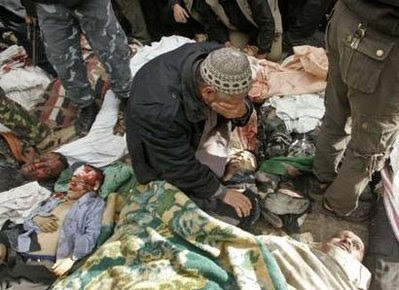 After announcements that a decision whether to increase the military attack on the Gaza Strip would be made tomorrow, Sunday, Israeli forces instead launched a major operation today.

The Israelis killed 150 Palestinians with more expected to die. The Israeli government says it is just the beginning. 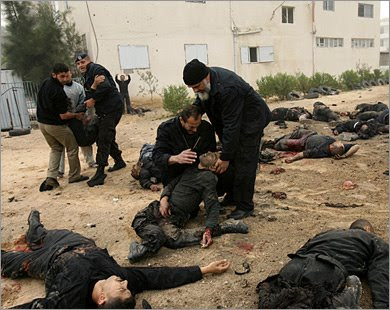 Bodies of Palestinian Policemen killed in the Israeli airstrike.
For more pictures from the Israeli assault on Gaza, go to Uruknet.

This entry was posted in RagBlog and tagged Gaza, Israel, Palestine, Palestinian Occupation. Bookmark the permalink.

9 Responses to Gaza : The Pictures Tell the Story