Gender Equity at UT-Austin : Still a Lot of Work to be Done 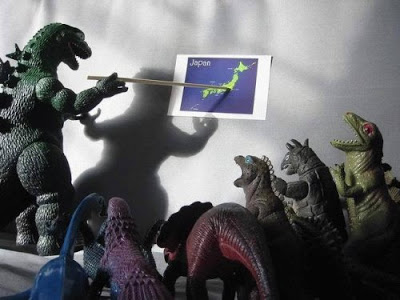 Gender equity on campus: Still a little behind?

‘Across colleges and ranks women’s salaries are lower than men’s by thousands of dollars, even when qualifications are the same.’

A comprehensive report examining gender issues at the University of Texas at Austin gives evidence that UT defies US EEO legislation in its treatment of women.

Across colleges and ranks women’s salaries are lower than men’s by thousands of dollars, even when qualifications are the same. This not only harms women in the present, but because contributions to retirement are based on a capped percentage of one’s salary, it harms women in the future as well.

AUSTIN, Texas — The Gender Equity Task Force, created by the provost of The University of Texas at Austin in March 2007, has recommended in its report that the university develop and enact a 5-10 year gender equity plan to “reduce or eliminate faculty gender inequity—specifically with respect to hiring, promotion, salaries and governance.”

The report, presented to Provost Steven Leslie, found gender gaps at The University of Texas at Austin in areas of faculty representation, promotion and attrition for faculty advancing through the ranks, salary and leadership. It also noted concerns about the “climate” for women faculty on campus, departmental governance structures, a lack of clear knowledge by faculty and administrators about “family-friendly policies” on campus, and a need to improve the situation of senior women faculty members. The report said senior women at the university are more likely to feel isolated and less recognized for their professional achievements and that they receive significantly lower salaries than do their male colleagues.

“I asked the task force to conduct a deep and thorough assessment of gender equity and work environment on our campus and they delivered one of the most probing and data-driven reports I have seen in all of higher education,” said Leslie, who formed the task force a few weeks after he took office as provost of the university. “There are some recommendations that we will be able to address soon and others that will take a while to work through, but we will begin immediately to tackle the recommendations.”

In forming the committee, Leslie asked the 22-member group to consider what work “remains to be done in order to make The University of Texas at Austin an inviting and productive place for women faculty members in all areas.” Leslie’s creation of the task force was consistent with an announcement by the university’s new president, William Powers Jr., that recruitment and retention of a diverse student body and faculty body would be a core area of emphasis for his presidency.

“I applaud the work of the Gender Equity Task Force,” said Powers. “Its members have performed a valuable service for the university by identifying issues we must address to support the professional growth of our faculty. In order to compete for, recruit and retain the very best faculty, we must be committed to policies, programs and leadership built on fairness, equity and equal opportunity.”

The co-chairs of the task force are Professors J Strother Moore, chair of the Department of Computer Science, and Gretchen Ritter, a professor of government and director of the Center for Women’s and Gender Studies. The committee included faculty members from Architecture, Business, Communication, Education, Engineering, Fine Arts, Law, Liberal Arts, Natural Sciences, Pharmacy, Public Affairs and Social Work. Two deans, a vice provost, a graduate student, a staff member and a vice president also were members of the committee.

“Promoting gender equity is central to the university’s mission of becoming the nation’s leading public university,” said Ritter. “Recruiting faculty from all sectors of the population allows us to draw on a broader pool of talent in building academic excellence. If we fail to recruit and retain women faculty in all fields, then we deny ourselves the opportunity to benefit from the talent and insights of half of the population.”

“Gender discrimination is pervasive in our society, including in higher education,” said Moore. “The university should be applauded for confronting such a problem head-on. As advances in fields like computer science shape our economy and our society, it is essential that women and minorities be recruited into those fields as scientific leaders.”

Leslie has appointed Vice Provost Judith Langlois as administrative leader to oversee the next phase of implementing Gender Equity Task Force recommendations. He said Langlois, the Charles and Sarah Seay Regents’ Professor of Developmental Psychology, is highly regarded on campus for her vision and ability to get things done.

The findings of the Gender Equity Task Force will be presented to the university’s Faculty Council during a meeting in January, and will be discussed in a panel discussion with the Faculty Women’s Organization in February 2009.

Key recommendations of the task force report propose that the provost develop and enact a 5-10 year gender equity plan to reduce or eliminate faculty gender inequity—specifically with respect to hiring, promotion, salaries and governance. The task force said the plan should include a time line, an annual budget, ongoing accountability mechanisms and a budget justification. The committee said specific goals should be set with the dean of each school and college in the areas discussed. It also recommended that a Gender Equity Plan for the university, which should include goals and timetables for each school and college, be finalized and announced by the fall 2009.

The recommendations included hiring initiatives such as creating a provost’s opportunity fund for hiring and retention of faculty who contribute to intellectual diversity by, for instance, increasing the proportion of women in fields in which they are underrepresented. The report said progress toward gender equity in hiring by field should be benchmarked against the proportion of women faculty members at the top 20 research universities in a given field. The task force also suggested the provost’s office oversee a proposed program of training schools and colleges on the best practices for recruiting and retaining a diverse faculty. The report also recommended that a dual-career assistance office be created with the Division of Diversity and Community Engagement to aid hiring efforts.

In the area of retention and promotion, the report said deans and chairs should be required to report and explain significant gender differentials in retention and promotion rates. It said gender equity should be part of the annual reviews for deans and department chairs and that the availability of supplemental resources for hiring and retention under the provost’s opportunity fund should be tied to a demonstrated commitment to the promotion of gender equity by deans and chairs.

Recommendations on salary included a proposal that a “best-practice model” be established for awarding merit raises, endowed chairs and professorships in a gender equitable fashion. The report said that, on average across the university in 2007, female professors earned $9,028 less than men. Among non-tenure-track faculty, on average, female faculty members earned $4,507 less than their male counterparts, the report said.

Addressing the “leadership gap,” the report said women are underrepresented as department chairs, who can provide discretionary resources for faculty and are influential in hiring, salary and promotion decisions. It also noted that only 9 percent of the university’s endowed chairs are held by women, even though women constitute 19 percent of the full professors at the university.

The Gender Equity Task Force was convened at a moment when concerns about gender equity in higher education had risen nationally. Many of The University of Texas at Austin’s peer institutions over the last decade have conducted studies similar to the one conducted by the task force, finding similar problems and issues that were addressed to result in “substantial progress in recent years in increasing the level of gender equity within their faculties,” the report said.

2 Responses to Gender Equity at UT-Austin : Still a Lot of Work to be Done