Gerry Storm on Obama and McCain’s Sun Signs; Alaskan Rednecks; and the Finer Points of Slaughtering a Moose 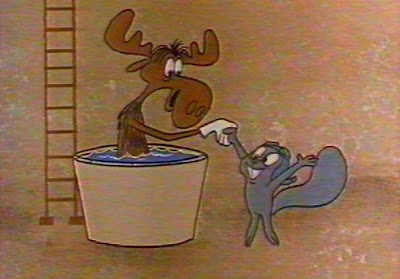 Getting your moose cooked in Alaska…
‘It is hard to maintain a red neck in Alaska
since there is no sun in winter’
By Gerry Storm / The Rag Blog / September 12, 2008

Obama is a Leo, thus during the time when the Sun is passing through Leo (most of August) his attraction was strong, and so were his ratings in the polls. Leo expired for this year in late August and the Sun went into Virgo. John McCain is a Virgo.

We are in the Virgo season at present and so John McCain is looking good, all the same kind of attraction that Obama had last month. So all the current skirmishes will mean that when the dust settles in October no advantage will have been won by either. And, as always, in reference to elections, the switch goes down in late October/early November. That’s when the Sun goes into Scorpio. This transit can aid or ruin all the work done previously by the campaigns. The Obama summer and the McCain early autumn will be old memories by then. A perfunctory study shows no significant advantage for either by this transit.

I feel like the McCain operatives have so poisoned the landscape (and will continue to do so) that it will leave an unprecedented odor to the election process, yes, even worse than the present. On the other hand they are exposing themselves and McCain to a lot ridicule, turning a lot of people off. Could be that by the end they will have disgraced themselves to the point that lots of fence hangers will go the other way. I don’t think the polls include a lot of people who will vote for Obama. I do think that he has a majority and will keep it. He is cool enough to hold his base.

A word about rednecks and Alaskans, I have known quite a few of both tribal groups. They are not the same. This phenomena works on the minds of Alaskans and transforms them into very strange human beings. It is a huge space and not many of our species live there. The laws that are observed by the rural people are not the same laws recognized by those in the towns, but they all one thing in common, they are strict and conservative. Conversely, the loners of the backwoods tend to be very kind and generous with one another on the few occasions when they gather or happen upon another soul on the trail. Their gut feeling is to oppose any restrictions which might inhibit their ongoing rape of nature (all Alaskans live off harvesting nature on one level or another) or threaten the flow of oil (even more sacred than nature). Beyond these concerns they have little use for government. There is a lot of fear in Alaskans, they are in the food chain of a number of beasts and live in a cold zone where the weather catch one off-guard, whole forests can die of insect infestation, the permafrost is melting, etc. You can see it in their eyes. Lots of superstition too, seeking to explain phenomena such as the colors in the Alaskan sky.

Most Alaskans went there to make money and most do pretty well in this department. My neighbor, Sam (RIP), told me he could make $100K a year fishing there, back when that was a lot of money. His brother still lives there and is a fishing/hunting guide, has his own plane, etc. Oil company wages are very high, there is still a gold mining industry, a healthy marijuana industry, lots of ways to score if you can handle the hardships. Not many women there so they can find many opportunities and a wide of choice of places to spend the winter.

When a moose is killed there is a party similar to a hog killin’, people get together to help out. Slaughtering a moose is a ton of work, bloody hand work. I personally doubt if Sarah ever slaughtered one although she may well have participated at the party. I believe she said that she went moose hunting with her father when she was a little girl, hardly the same as slaughtering one of those giant critters. Her husband, Todd, on the other hand, is the real deal. Winning the big snowmobile race makes him a hero amongst his brethren. He has won it 4 times. Must be quite a strong fellow. My neighbor Joe Runyan won the Iditarod race a couple of times. He is a dog man. Raising dogs is another way to make lots of money in Alaska, especially if your dogs win the Iditarod.