Gov’t. Outsourcing Has Been Nothing But Trouble

Here is another legacy of the Bush administration: a government gutted by corporate crony outsourcing. The two articles here tell the story of that legacy: corruption, lies, inefficiencies, and incessant problems, whether health, compensation, or otherwise. It will take decades to repair the damage this corrupt administration has caused. 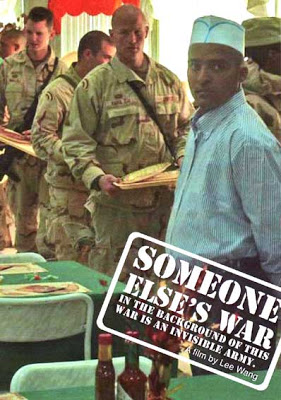 Warehoused Asian workers in Iraq will be sent home
By Adam Ashton / December 4, 2008

BAGHDAD — Asian men who’ve been living in warehouses near the Baghdad airport while awaiting promised jobs with a military subcontractor now are in line to be sent home, and they’re still not sure how they’ll be paid for their time in Iraq.

Tensions simmered throughout the week at a compound where about 1,000 men from Bangladesh, India, Nepal and Sri Lanka spoke out against their treatment by Najlaa International Catering Services, the Kuwaiti company that hired them for work in Iraq.

Jobs didn’t materialize for the men, who’ve spent one to three months living in three pale blue warehouses packed with bunk beds along an airport side road.

Najlaa officials broke up a protest outside the warehouses Tuesday by pledging to pay the men. Marwan Rizk, the company’s chief executive, told McClatchy that it would repatriate the workers and give them salaries for their time in the country.

Manoj Kodithuwakku, 28, a Sri Lankan living in one of the warehouses, said he and others were still waiting to be paid.

“It’s very difficult for us to believe them after everything,” he said.

Most of the men don’t want to return to their countries yet. Most of them paid middlemen about $2,000 to link them up with work and get them to Iraq. Many, including Kodithuwakku, will owe on loans they took out to pay those fees.

Kodithuwakku said that the wages he’d earn at a Sri Lankan hotel, his job before he came to Iraq, wouldn’t help him pay down that debt.

“It will be only sufficient for survival,” he said.

Those fears contributed to a hectic scene Wednesday, when the men in the warehouses reportedly staged another raucous protest. At one point, Iraqi police fired over their heads to end the revolt, Kodithuwakku said.

About 400 were taken on buses to the airport Wednesday to board planes for Dubai, a hub for flights in and out of Iraq. Flights weren’t available, however, and the men were returned to the warehouses.

Kodithuwakku said that about 160 were asked to get on buses again Thursday night, but they were holding out for stronger guarantees that Najlaa would pay them.

Najlaa is a subcontractor to KBR, a former Halliburton subsidiary that provides a range of services for the U.S. military in Iraq.

Rizk told McClatchy this week that the company had encountered unspecified obstacles to its contracts in Iraq that delayed the jobs it anticipated giving the men. He said Najlaa took care of the men’s basic health and safety needs, though the workers have complained about poor food and inadequate restrooms.

Spokesmen for the Multi-National Forces-Iraq have declined several requests for comment about the warehouses this week.

Then there’s this fiasco:

Sixteen American soldiers who served in Iraq are suing the defence contractor KBR, accusing it of knowingly exposing them to a cancer-causing chemical.

The soldiers say they were exposed to the chemical while working at a water pumping plant in southern Iraq.

Their lawsuit, filed in a US District Court, claims that KBR managers knew the site was contaminated but “downplayed and disregarded” the risk.

KBR denies the accusation and has vowed to fight the lawsuit.

The claims go back to 2003, when the soldiers, from the Indiana National Guard, were protecting the Qarmat Ali water pumping plant in Southern Iraq.

The 23-page lawsuit argues that KBR managers knew as early as May of that year that the site was contaminated with sodium dichromate, which contains the highly dangerous chemical hexavalent chromium, said to cause cancer.

The soldiers say that they and other civilian contractors there were repeatedly told there was no danger, and that when they reported health problems such as nose-bleeds to their bosses, they were told they were simply “allergic to the sand”.

The court papers claim that these symptoms were the early side-effects of the chemical, and that some who served on the site went on to suffer severe breathing problems and nasal tumours.

In a statement issued to the BBC, KBR said it intended to vigorously defend itself.

It denied it harmed troops, saying that managers notified army engineers about the substance on site, and were told that their efforts to remedy the situation were effective.

1 Response to Gov’t. Outsourcing Has Been Nothing But Trouble