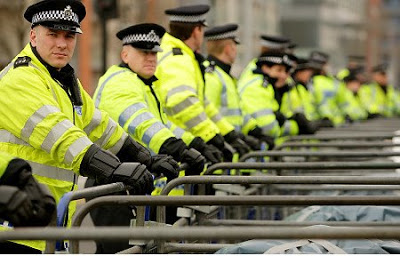 The BBC says the massive tracking database will be up and fully functional in a matter of months.

The British government will soon have a fully-operational network of cameras fitted with license plate recognition software, according to a published report.

In a major first for any Western government’s police enforcement apparatus, the new system will allow any vehicle in the United Kingdom to be tracked to its precise location.

Excerpts from the BBC:

A number of local councils are signing up their Closed Circuit Television (CCTV) systems to the ANPR network. As long as the cameras are technically good enough, they can be adapted to take the software.

John Dean, who is co-ordinating the ANPR network for the Association of Chief Police Officers, said: “It’s the finest intelligence-led policing tool we’ve got.

“It covers so many different areas from crime reduction, crime detection to road safety and everything in between.”

The British news service also details the case of John Catt, who’s already had a rather unpleasant run-in with Britain’s Big Brother.

John Catt found himself on the wrong side of the ANPR system. He regularly attends anti-war demonstrations outside a factory in Brighton, his home town.

It was at one of these protests that Sussex police put a “marker” on his car. That meant he was added to a “hotlist”.”

This is a system meant for criminals but John Catt has not been convicted of anything and on a trip to London, the pensioner found himself pulled over by an anti-terror unit.

‘I was threatened under the Terrorist Act. I had to answer every question they put to me, and if there were any questions I would refuse to answer, I would be arrested. I thought to myself, what kind of world are we living in?’

Quite an apt question, wouldn’t you say? The BBC says the massive tracking database will be up and fully functional in a matter of months.

Do not be surprised when this software makes its way to the United States. It’s only a matter of time.

Thanks to Richard Bowden / The Rag Blog