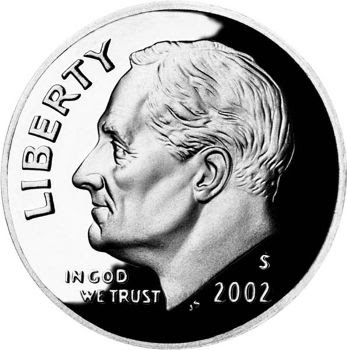 A difference between Democrats and Republicans? Ask FDR.
And furthermore:
There IS a dime’s worth of difference

[On June 30 The Rag Blog posted an article by Tom Cleaver titled “The Texas Greens: Making a Deal With the Dark Side” about the recent controversy concerning the allegedly Republican-directed and corporate-funded petition drive to get Green Party candidates on the Texas ballot for the upcoming fall election. Tom here elaborates on his contention, disputed by some of the Greens and their supporters, that, even from a progressive perspective, there is much more than a “dimes-worth” of difference between the Democrats and Republicans.]

In answer to those who might have disagreed with my previous post about the political immorality of the Green Party, ask yourselves if this is the America we’d like to see after the November elections:

According to the Republican leadership, their first priority would be repeal of the health care reform act. Yes, it’s not anywhere close to perfect, and on more than a few points, it’s not even good. I would remind all of you, however, that when Social Security first passed in 1935, the only jobs covered were those “traditionally” held by white males, and not even all of them. However, by the time I got my Social Security Card in 1958, pretty much everyone was covered.

The Medicare Act that passed in 1966 was a shadow of the program that exists today. In both cases, what happened was progressives got their foot in the door, and then proceeded in the following years to work to amend the law and expand coverage. Right now the GOP plan is to repeal and if they cannot do that, to refuse to fund the Affordable Care Act, something they can do if they gain control of the House.

Their second priority would be to reduce regulation of business and industry beyond where it is already. To the Republicans, the problem in the Gulf of Mexico is not that BP has wrecked the environment for the coming century, but that the government regulated the oil industry at all. They want MORE of what caused the problem, and they’ll be happy to apologize to the oil companies for anything done against their interests.

The same is the case with Wall Street reform, which they characterize as “using a nuclear weapon on an ant.” Their plan is to keep everything as it was before, all the programs and policies that led to the greatest financial meltdown since the Great Depression.

Their third priority would be to kill any environmental legislation that attempts to deal with climate change, which they say is a “liberal plot” to destroy capitalism. They would also take away the authority of the Environmental Protection Agency to regulate greenhouse emissions.

They would gut the Endangered Species Act, some would destroy the EPA, and “drill baby drill” and “dig baby dig” would be the policies of the day. The result 50 years from now, when the “tipping point” has been passed and profound change is irreversible, would be a “revolution” for sure, but not one I think anyone would want.

Their fourth priorities would be to start legislating choice out of existence, and to not only maintain current restrictions against gay people, but to further criminalize the state of being gay. (Think I am kidding? The GOP-dominated Montana legislature right now is debating a bill to make homosexuality a felony.)

I think we can see what they would do to education in the current follies of the Texas School Board.

So, for those who think there isn’t a dime’s worth of difference between the Republicans and the Democrats, welcome to Republican World.

I am sure there are those (my wife included) who will say I am being an alarmist, that the necessary majorities won’t happen this November, but all it will take is 39 seats changing over in the House (and they only have to win by one vote in each) and the Reaction begins.

Whatever happens, this election is going to be close, and the decisive races — whichever way they go — will be by razor-thin margins. Remember the last six years of the Clinton presidency, with the Republicans in control of the House? That will be a Sunday school picnic, compared to what will happen this time. I’ll be happy to be proven wrong on November 10.

4 Responses to Green Party Scandal : Dime’s Worth of Difference