Greenwald: The Socioeconomic and Racial Inequities in Our Justice System 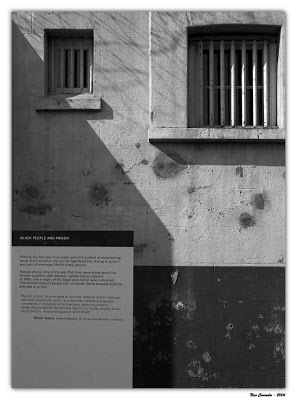 The definition of a “two-tiered justice system”
By Glenn Greenwald / January 28, 2009

Aside from the intrinsic dangers and injustices of arguing for immunity for high-level government officials who commit felonies (such as illegal eavesdropping, obstruction of justice, torture and other war crimes), it’s the total selectivity of the rationale underlying that case which makes it so corrupt. Defenders of Bush officials sing in unison: We shouldn’t get caught up in the past. We shouldn’t be driven by vengeance and retribution. We shouldn’t punish people whose motives in committing crimes weren’t really that bad.

There are countries in the world which actually embrace those premises for all of their citizens, and whose justice system consequently reflects a lenient approach to crime and punishment. The United States is not one of those countries. In fact, for ordinary citizens (the ones invisible and irrelevant to Ruth Marcus, Stuart Taylor, Jon Barry and David Broder), the exact opposite is true:

Homeless man gets 15 years for stealing $100

A homeless man robbed a Louisiana bank and took a $100 bill. After feeling remorseful, he surrendered to police the next day. The judge sentenced him to 15 years in prison.

Roy Brown, 54, robbed the Capital One bank in Shreveport, Louisiana in December 2007. He approached the teller with one of his hands under his jacket and told her that it was a robbery.

The teller handed Brown three stacks of bill but he only took a single $100 bill and returned the remaining money back to her. He said that he was homeless and hungry and left the bank.

The next day he surrendered to the police voluntarily and told them that his mother didn’t raise him that way.

Brown told the police he needed the money to stay at the detox center and had no other place to stay and was hungry.

In Caddo District Court, he pleaded guilty. The judge sentenced him to 15 years in prison for first degree robbery.

Under federal law, “the simple possession of just 5 grams of crack cocaine, the weight of about two sugar packets, subjects a defendant to a mandatory five-year prison term.” In Alabama, the average sentence for marijuana possession — an offense for which most Western countries almost never imprison their citizens — is 8.4 years. Until recently, the state of Florida “impose[d] mandatory-minimum sentences of 25 years for illegally carrying a pillbox-worth of drugs such as Oxycontin” and still imposes shockingly Draconian mandatory sentences even for marijuana offenses.

Our political class has embraced mandatory minimum sentencing schemes as a way to eliminate mercy and sentencing flexibility for ordinary people who break the law (as opposed to Bush officials who do). The advocacy group Families Against Mandatory Minimums details just some of the grotesque injustices here, including decades of imprisonment for petty drug dealing which even many judges who are forced to impose the sentences find disgraceful. Currently in the U.S., close to 7,000 people are serving sentences of 25 years to life under our merciless “three-strikes-and-out” laws — which the Supreme Court upheld as constitutional in a 5-4 ruling — including half for nonviolent offenses and many for petty theft.

As I’ve noted many times before, the United States imprisons more of its population than any other country on the planet, and most astoundingly, we account for less than 5% of the world’s population yet close to 25% of the world’s prisoners are located in American prisons. As The New York Times‘ Adam Liptak put it in an excellent and thorough April, 2008 article, revealing how self-absorbed and hypocritical are the cries for mercy, understanding and “moving on” being made by media stars and political elites on behalf of lawbreaking Bush officials:

Indeed, the United States leads the world in producing prisoners, a reflection of a relatively recent and now entirely distinctive American approach to crime and punishment. Americans are locked up for crimes — from writing bad checks to using drugs — that would rarely produce prison sentences in other countries. And in particular they are kept incarcerated far longer than prisoners in other nations. . . .

Whatever the reason, the gap between American justice and that of the rest of the world is enormous and growing.

It used to be that Europeans came to the United States to study its prison systems. They came away impressed.

“In no country is criminal justice administered with more mildness than in the United States,” Alexis de Tocqueville, who toured American penitentiaries in 1831, wrote in “Democracy in America.”

“Far from serving as a model for the world, contemporary America is viewed with horror,” James Whitman, a specialist in comparative law at Yale, wrote last year in Social Research. “Certainly there are no European governments sending delegations to learn from us about how to manage prisons.”

Prison sentences here have become “vastly harsher than in any other country to which the United States would ordinarily be compared,” Michael Tonry, a leading authority on crime policy, wrote in “The Handbook of Crime and Punishment.”

Indeed, said Vivien Stern, a research fellow at the prison studies center in London, the American incarceration rate has made the United States “a rogue state, a country that has made a decision not to follow what is a normal Western approach” . . . .

“America is a comparatively tough place, which puts a strong emphasis on individual responsibility,” Whitman of Yale wrote. “That attitude has shown up in the American criminal justice of the last 30 years.”

And that’s to say nothing of the brutal and excessive tactics used by our increasingly militarized police state (Digby’s writing on the use of tasers is indispensable) and the inhumane conditions that characterize our highly profitable prison state.

Under all circumstances, arguing that high political officials should be immunized from prosecution when they commit felonies such as illegal eavesdropping and torture would be both destructive and wrong [not to mention, in the case of the latter crimes, a clear violation of a treaty which the U.S. (under Ronald Reagan) signed and thereafter ratified]. But what makes it so much worse, so much more corrupted, is the fact that this “ignore-the-past-and-forget-retribution” rationale is invoked by our media elites only for a tiny, special class of people — our political leaders — while the exact opposite rationale (“ignore their lame excuses, lock them up and throw away the key”) is applied to everyone else. That, by definition, is what a “two-tiered system of justice” means and that, more than anything else, is what characterizes (and sustains) deeply corrupt political systems. That’s the two-tiered system which, for obvious reasons, our political and media elites are now vehemently arguing must be preserved.

UPDATE: Last week, GOP Senators threatened to hold up Eric Holder’s confirmation as Attorney General unless he vowed, in advance, that he would not prosecute any Bush officials for having ordered or perpetrated the torture of detainees. Today, Holder’s nomination was approved by the Senate Judiciary Committee by a vote of 17-2, and according to The Washington Times, Sen. Kit Bond is claiming that Holder “assured him privately that Mr. Obama’s Justice Department will not prosecute former Bush officials involved in the interrogations program.” This story depends upon the credibility of both The Washington Times and Sen. Bond, so who knows if it’s really true, but would anyone be surprised if it were true?

Several people in comments have highlighted the socioeconomic and racial inequities in our justice system, which are both numerous and substantial. But that’s a separate issue. It’s one thing for a wealthy defendant to have a higher chance of acquittal in a criminal trial because a private lawyer can devote more time and resources to the case than a public defender can, or for an African-American defendant to have a higher chance of conviction because of juror bias. But it’s another thing entirely for a small class of people — political leaders — to be granted immunity in advance from prosecution of any kind, even when they commit grave felonies in the course of their duties.

UPDATE II: Marcy Wheeler expresses some insightful skepticism about the Bond report. As Washington Times reporters go, the one who is reporting Bond’s comments (Eli Lake) is relatively reliable, at least as far as this sort of reporting is concerned, so it’s possible, as Marcy says, that Bond is distorting Holder’s comments (it’s also possible that Holder sent the clear signals to Bond that Holder knew Bond wanted to hear while maintaining plausible deniability that he made such a commitment, which would obviously be improper). In any event, something caused virtually all of the Committee Republicans to vote to confirm Holder today, and Holder should obviously be asked about this claim from Bond.

UPDATE III: Both Sen. Leahy and Sen. Whitehouse express serious doubts about the Bond/Washington Times report, noting (correctly) that it would be a highly improper act (to put it mildly) for a Senator to demand, and for a nominated Attorney General to agree, that no prosecutions will be pursued in a specific case in exchange for the Senator’s support for the nomination. That said, it’s hardly inconceivable that Holder said things to Bond which, by design or effect, implicitly conveyed to Bond the assurances he wanted to hear, or at least enabled Bond to be convinced that he got those assurances. Either way, it is Holder who should be asked very clearly whether he made the statements to Bond that Bond claims he made.

UPDATE IV: At his new Washington Post blog, Greg Sargent reports that a Holder aide — rather emphatically — denies that Holder made any such comments to Bond: “Eric Holder has not made any commitments about who would or would not be prosecuted. He explained his position to Senator Bond as he did in the public hearing and in his responses to written questions.” Greg notes that Holder’s public comments explicitly left open the possibility of prosecutions and, referring to my statement above that “something caused virtually all of the Committee Republicans to vote to confirm Holder today,” Greg writes: “It seems unlikely that Bond’s version of events is it, however.” I agree; it is unlikely.

1 Response to Greenwald: The Socioeconomic and Racial Inequities in Our Justice System