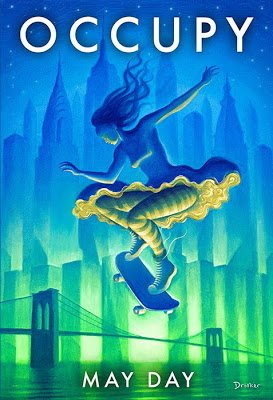 Occupy posters by Eric Drooker.
Life, labor, and liberty:
May Day then and now

Counting in reverse through the great Theses on Feuerbach, we pass by the iconic eleventh, which demands that we quit describing the world and start changing it, in order to re-visit the lesser-known tenth.

“The standpoint of the old materialism is civil society;” says the Smith-Cuckson translation of the tenth thesis, “the standpoint of the new is human society or social humanity.” In plain English we recognize the warning already sounded in 1845 that normalized uses of “civil society” bring with them bureaucratic retinues, orders of articulation, credentials, and border-sweeping technologies of lethal effect.

In the author’s German original, the term for the old society is not “civil” but “burgerliche,” which is usually translated into “English” as bourgeoise. Therefore on this May Day 2012 we ask how far from a bourgeoise society have we traveled and what are the prospects of ever realizing our “social humanity” (oder die gesellschaftliche Menschheit)?

This May Day question is born from the robust and passionate vision expressed by the twenty-something German author when he dashed off the tenth thesis as a prelude to his life’s work. It reminds me of a slightly older Thoreau, who wrote in his great “Civil Disobedience” of 1849 that “when men (sic) are prepared for it” they will be governed by no government at all.

Together these authors sing lyrical sentiments worthy of May Day, a calendar occasion for marking human celebrations of life, labor, and liberty.

As Rosa Luxembourg tells the modern history of May Day, it was born in Australia by workers — the stonemasons of Melbourne University, says Wikipedia — who in 1856 won their struggle for an eight-hour work-day. In the radical Republican aftermath of the U.S. Civil War, the eight-hour day was adopted for federal employees and proclaimed as a presidential principle by Ulysses S. Grant.

Deploying the eight-hour policy into “private” employment became a bloody struggle for several decades more, validating the sorts of things that Marx liked to write about revolution, and solidifying the modern association between May Day and labor struggle.

And still, the story of May Day goes back into archaic traditions of human responses to springtime. Dancing around maypoles, people enact a sense of participation in the joys of natural renewal and growth won back from winter’s death. Even in the “Official Eight Hour Song,” we hear a human demand to experience the things of spring. “We want to feel the sunshine, and we want to smell the flowers, for surely God has willed it and we mean to have it ours.”

In the accumulated history of factory work, the cruelty of long hours would become ever more unbearable in proportion to April’s lengthening light.

“Why should not we also enjoy an original relation to the universe?” asked Emerson, anonymously, in his essay “Nature” of 1836. “Our hands and hearts are weary and our homes are heavy with dole,” rejoined the singers of the eight-hour song, “if our lives are filled with drudgery, what need of a human soul?” 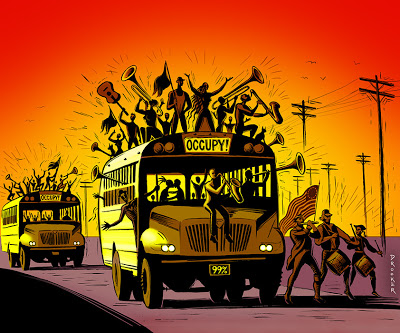 In some parts of Texas especially this year spring has gushed from the soil like a trillion geysers of greening promises. Landscapes that last year groaned under dehydrations the color of burnt toast this year have sprung into unbelievable thickness of life. Just add water, and up from underground it comes dressed for dancing in the sun.

“All social life is practical,” declares thesis number eight, as our countdown continues. “All mysteries which lead theory to mysticism find their rational solution in human practice and in the comprehension of this practice.”

May Day 2012 promises to revive the greening energies of general strike, when people declare for themselves a day to stand apart from everything they do in the name of “civil society” and posit the experience of a more social humanity.

The global Occupy movement inspired by Tahrir Square is this spring beginning to makeover vacant lots and abandoned bookstores into gardens and museums. People are seeking new ways to practice their social humanity. Dead spaces, dehydrated by a “capital strike” are being renewed through social labor, which is the only source that capital can come from in the first place. People are exploring human practices and comprehending possibilities in the best ways they know how.

“There is no doubt,” wrote the wise Jane Addams, “that the great difficulty we experience in reducing to action our imperfect code of social ethics arises from the fact that we have not yet learned to act together, and find it far from easy even to fuse our principles and aims into a satisfactory statement.”

There is no royal road to the new, but that has never stopped life from moving forward. We don’t have to live out other people’s gridlock as our own.

So when I hear that San Francisco activists have ploughed under idle land the better to grow their own food, or that people in East Lansing have transformed an abandoned book store into a museum, I think of Henry George scanning his beloved bay area and recognizing the absurd contradiction of a system that would enforce monopoly over idle property even as it grinds out longer lines of joblessness and poverty.

Throw property open to anyone weary of idle hands, and you practically eliminate idleness altogether. “It is not the relations of capital and labor,” said George, “not the pressure of population against subsistence, that explains the unequal development of society.” No. “The great cause of inequality in the distribution of wealth is inequality in the ownership of land.”

We don’t know if Henry George was right. In the end it will be a practical question answered in practice, not theory alone. But we do have some acquaintance with the practical absurdity of “civil society” reacting with brutality to the social, human occupations of idle spaces. Pardon us please if we are well reminded of Hawthorne’s immortal account of what happened to Thomas Morton.

A general strike would at least emphasize an insight that unifies both ancient and modern histories of May Day. It is through our sheer participation in life itself that we find any shred of value whatsoever. By dedicating a day each year to the dancing practices of our social humanity and their comprehensions, we remind ourselves of a proper standard for evaluating everything in between.

[Greg Moses is editor of the Texas Civil Rights Review and author of Revolution of Conscience: Martin Luther King, Jr. and the Philosophy of Nonviolence. His entries on King and Racism appear in the Encyclopedia of Global Justice. He can be reached at gmosesx@gmail.com. Read more articles by Greg Moses on The Rag Blog.] 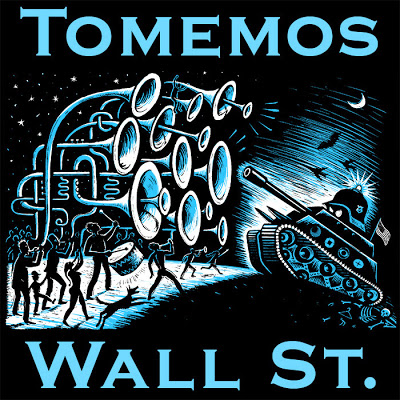