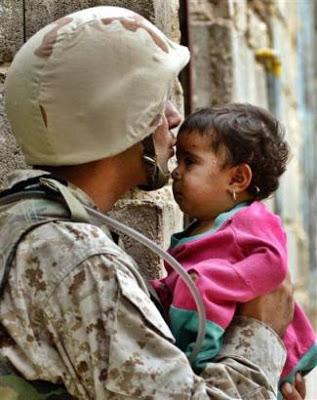 A new association of retired military generals plans today to announce “Operation Tiny Tim” to secure the dignity of affordable health care for all children, not only in the USA but in all countries where U.S. bases are located.

“Whether we have to open up our military hospitals or extend the Pentagon budget for health care to civilian facilities, we are determined to share with the children of the world nothing less than the quality medical care that our own children received as military dependents,” said General Samuel “Upright” Justice from his home in northern Virginia.

General Sawyer “True Blue” Edgemont, who served three years as Director of Medical Operations for the Joint Chiefs, said he couldn’t be more proud of the record that the military has established for quality, accessible, and affordable health care for American soldiers, spouses, and dependents around the world.

“Medical care is mission critical for us in times of war and peace,” said Edgemont. “Assuring the right to a healthy body is something we can be honored to stand for wherever Old Glory flies”

Speaking from Pasadena, California, where he serves as volunteer coordinator for a food bank, Edgemont said the idea for Operation Tiny Tim came up in a casual conversation during a Dickens reading circle last summer.

“We have the experience and commitment to excellence in federal health care,” he said. “Why not build from the strengths that we already have?”

General Lucinda “Boots” Billingame said the idea comes at a time when Americans are needlessly divided over health care reform.

“Nothing succeeds like success,” said Billingame, “so I think we can make a lasting contribution to authentic patriotism if we show ourselves and the world that America is very much a can-do country when it comes to efficient delivery of best practices in health care for coming generations.”

Defense Secretary Robert Gates was unavailable for comment at the time of this report, but a spokesman for the Pentagon, on condition of anonymity, suggested that the active-duty uniformed services would respect whatever mission that Congress and the President should decide to order.

Meanwhile, reporters and producers at the international finance channel CNBC were rumored to be scouring sources and experts to determine which companies would be most likely to secure lucrative federal contracts when the campaign goes operational.

Aides for Republican Congressmen who opposed recent reforms known as “Obamacare” were quick to point out that the program proposed by the retired Generals would be expensive.

“War is not cheap,” said one well-placed aide. “Especially when you consider that the war they’re talking about will never end.”

Aides for Democrats supporting “Obamacare” expressed concern that the Generals’ proposal would raise the spectre of a “public option” during the upcoming election cycle.

“We’ll be lucky enough to survive voter wrath for the modest expansion in health care insurance coverage,” said one insider, referring to the health insurance bill that passed in March. “I’m not sure the American people will tolerate the idea of No Child Left Behind applied to health care.”

“There is a lot of anger and mistrust out there,” added the insider. “But if an association of Generals says that they can win this Operation Tiny Tim, people on both sides of the aisle might give them a hearing.”

[When he is not writing April Fool’s fantasies, Greg Moses is Editor of the Texas Civil Rights Review and a lifetime student of what William James called the “Moral Equivalent of War.” Moses can be reached at gmosesx@gmail.com.]