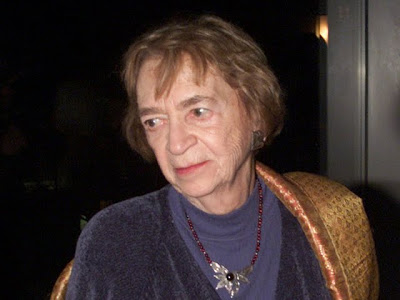 “To be a critic, you have to have maybe three percent education, five percent intelligence, two percent style, and 90 percent gall and egomania…” — Judith Crist

She was from another era.

It was an age before cable, Sundance, video stores, and the Internet. For those of us coming of age, it was a heady time. Films were an international language of expression — the rise of the French new wave, post-neorealism, the underground film and independent film. Movies were considered the lively, seventh art.

It wasn’t the phalanx of male film critics that fueled the rise of the new American film criticism — it was Judith Crist who paved the way.

Crist, who died August 7, was the first woman film critic for a daily newspaper and, almost at the same time, the film reviewer for TV’s Today program on NBC. Soon after, she was writing for TV Guide and New York magazine. Each week her reviews were either the kiss of death for exhibitors or a boost in that week’s box office. And while one doesn’t want to overestimate her power, at one point she was reaching over two million readers and scores more of TV viewers on a weekly basis. It drove the suits at the studios into apoplexy.

Critic Roger Ebert has credited Crist for making film criticism both lively and serious — and by extension, film buffs sought out other critics like Pauline Kael at The New Yorker, Andrew Sarris at the Village Voice and Dwight MacDonald in Esquire. The new era of film reviewing brought readers to consult these critics before and after a night at the movies. Film posters often carried their quotes above the film title.

Crist knew how to pinpoint a film’s strengths and weaknesses, whether she was writing a 500-word or a 25-word or less review. My favorite example of this: Crist’s review of Tora! Tora! Tora! She succinctly wrote: “Bora! Bora! Bora!” When she reviewed The Sound of Music, the first sentence of her review said it all: “If you have diabetes, stay away from this movie.”

After decimating the Liz Taylor-Richard Burton version of Cleopatra, she became the scourge of Hollywood, which banned her from advance screenings and tried to remove film advertising from the Herald Tribune. Director Otto Preminger called her, “Judas Crist.”

Crist was flexible and generous enough to change her mind about a film after initially giving a negative review or reviewing a genre film that wasn’t likely to play well in Middle America.

After she panned 1967′s Casino Royale, the film’s screenwriter Woody Allen sent her his original script. She saw that it had been ripped to shreds and little remained of what he had written. She told him he was right. They became friends over the years, with Allen asking Crist to play a part in his film Stardust Memories. 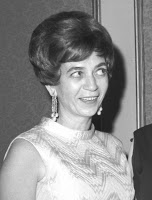 She initially didn’t review the Beatles’ A Hard Day’s Night since her TV audience wouldn’t consider a teen film. However, after her young son raved about it, Crist attended an afternoon showing and loved it. She told her editor she was leading her segment with a review of the Beatles film.

Not one to shy from controversy, Crist reviewed the 1973 pornographic film Devil in Miss Jones for the Herald Tribune. She wrote that the star Georgina Spelvin “touched the emotions,” adding “for those whose taste it is, I say leave it lay.” Devil went on to earn $15 million in box office gross, making it one of the most successful films of 1973 right behind Paper Moon and Live and Let Die.

When she interviewed Federico Fellini, he invited her for coffee. She asked what made his brand of filmmaking different than Michelangelo Antonioni, the other celebrated Italian director. She later related that Fellini took a quarter on the table and said that Antonioni would look at the quarter and continue to gaze at it, and try to imagine what was on the other side.

Fellini then took the quarter in his hand, flipped it, looked at both sides, and bit it to see if it was real. He then added, “That is how I approach filmmaking.” Crist used that story over the years with her creative writing classes at Columbia University, where she continued to teach until February of this year.

I met Crist twice. The first was at the University of Texas in Austin in 1966. I headed the student film society Cinema 40. By then Crist had already cemented her reputation as the first woman film critic at a daily newspaper and the first film woman reviewer on television.

She told us some wonderful stories of her experiences in doing TV and print film criticism. She asked us why we in Central Texas were so knowledgeable to the new burgeoning art and independent film explosion. We responded that we invited a number of filmmakers, films, and critics because there was an enthusiasm for it. She applauded the idea.

Some 30 years later, I attended one of Crist’s film festival weekends at Tarrytown, New York. I felt transported back to my college days when we felt so passionate about films. She had over the years brought almost every major or rising filmmaker to her film seminars to discuss, debate, sleep, and party films. (Allen used her events as a template for his Stardust Memories.)

When asked how she would like to be remembered, she acknowledged that her validation by Dorothy Parker, her lifelong writing role model, was as rewarding as anything she hoped to achieve. Then, speaking in the third person about herself, she said: “She was a very good journalistic critic in her time. And by the way, she was the first woman on network television to review movies.”

Modesty aside, Judith, you did much more. You raised the bar several notches. Film studies and criticism are flourishing in no small part due to your pioneering spirit. Your critical eye tempered with an ability to cut through the hype and approach film criticism on its entertainment and artistic value for the movie-going public is sorely absent in the writing of many of today’s wannabe film critics. We salute you and owe you a debt of gratitude. You were an American original.

[Gregg Barrios is a journalist, playwright, and poet living in San Antonio. Gregg, who wrote for The Rag in Sixties Austin, is on the board of directors of the National Book Critics Circle. This article was first published at the San Antonio Current. Contact Gregg at gregg.barrios@gmail.com. Read more articles by Gregg Barrios on The Rag Blog.]