Haiti Needs More Than Words from the U.S. 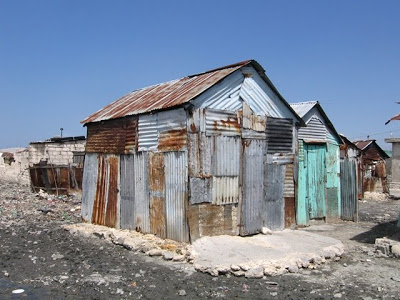 Secretary of State Hillary Clinton stood on the floor of a textile factory in Port-Au-Prince, Haiti, earlier this month and talked about America’s commitment to the island nation. “I pledge we will do more to create more good jobs for the people of Haiti,” she told an audience of textile workers.

Sounds good, right? But when Clinton finished her speech with a smile, the applause was muted. Many of the workers could not understand her speech because it was not translated into Kreyol, the language spoken by the vast majority of Haitians. Clinton’s obliviousness is typical of policy makers who ignore a deeply flawed democratic process in Haiti, while pushing anti-poverty schemes against Haiti from afar.

Clinton, along with U.N. Secretary General Ban Ki-Moon, is touting a plan devised by Oxford economist Paul Collier to expand tariff-free export zones around Haiti. The plan calls for Haiti to lift urban slum-dwellers out of poverty through jobs in textile factories, like the Inter-American Garment Factory at which Clinton spoke.

There is little popular demand in Haiti for this maquiladora-style development. Workers at the factory assembling clothes for American companies like Levi’s are paid twice Haiti’s minimum wage, but they have complained to Al Jazeera English, the English version of the Arabic-language news network, that the wages are still so low that the workers cannot escape poverty.

The former president of Haiti, Jean-Bertrand Aristide, whose Lavalas party has enjoyed overwhelming support among Haitians in many elections, tried during the 1990s to triple the minimum wage. But under pressure from U.S. officials and people like Andy Apaid, a Haitian who owns numerous sweatshops and the garment factory that hosted Clinton, Aristide was forced to drastically scale back the wage increase.

In 2004, Apaid and other members of the tiny Haitian elite successfully conspired to overthrow Aristide with the help of the U.S. government. Aristide was flown out of the country on a U.S. jet surrounded by Marines and dumped in Central African Republic. Aristide says he was kidnapped and still has not returned to Haiti.

Aristide and Lavalas represent a grassroots threat to the centuries-old status quo in Haiti and international interests that have exploited it. Aristide raised taxes on the rich, launched highly effective literacy and anti-AIDS programs and built schools and hospitals across the country during his two presidential terms, each cut short by U.S.-backed coups.

The Lavalas party has tried to carry on amid continuing repression. A heavily armed U.N. peacekeeping force has repeatedly shelled and occupied Cite Soleil, a slum outside the capital and one of Lavalas’ strongest bases of support.

Many of the party’s leaders were imprisoned on bogus charges by the post-coup regime, and without Aristide the party is less united than it once was.

Lavalas was banned from last week’s Haitian Senate elections by the government’s Provisional Electoral Council because of a technical problem with the list of candidates it submitted. A judge who ruled that the council’s decision was illegal was promptly stripped of his post by the Haitian government.

Like the rebel force of slaves that defeated Napoleon’s armies and founded Haiti, however, Lavalas and its agenda of social uplift have not been easily marginalized. The organization called for a boycott of the Senate elections from which it was banned, and Haitians heeded the call — voter turnout on April 19 was estimated at less than 10 percent.

Popular Haitian demands include revitalization of local peasant economies, debt cancellation, temporary protected status for immigrants in the United States and the return of Aristide. The Obama administration has already pledged $20 million to pay off part of Haiti’s illegitimate debt to the World Bank. That’s a start.

The mentality that the “international community” knows what is best for Haiti’s poor has been discredited by decades of worsening poverty. Strong support from the Obama administration for democracy in Haiti, including the participation of Lavalas, would represent change Haitians can believe in and so desperately need.

[Herz is a journalism senior at the University of Texas. Video courtesy of the author at his Web site.]

1 Response to Haiti Needs More Than Words from the U.S.