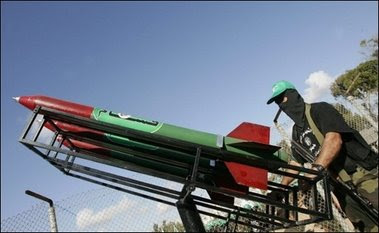 No sense of proportion, those Israelis.

What’s going on politically? Bennie Netanyahu was opposed to giving up the Gaza Strip. His position was that land can’t buy peace, and Gaza would just be a launching pad for military attacks on Israel.

It’s the US equivalent of saying “Newt Gingrich was right” but Netanyahu was right, and this massive retaliation is timed to the Israeli elections. It gives the right a chance to say they told the voters so and the left a chance to demonstrate they are not wimpy.

Election cycles do not so constrain Hamas. Their position remains the same. Remember the alien in “Independence Day” after the POTUS has tried to open negotiations to no avail and finally said “What do you want us to do?”

I have been informed by some that strapping bombs on children is simply a low tech way of fighting a war, certainly not a tactic preferred by the poor.

So I don’t suppose I would have any luck criticizing the lobbing of missiles at civilians.

And the 15 year old pizza bomber is just more of the same, the moral equivalent of an Israeli jet jockey.

There is, quite literally, no place to put a missile battery in Gaza where it would not be surrounded by civilians, assuming Hamas was suicidal enough to do so. Therefore, any criticism of Hamas for siting missiles among civilians is clearly out of place. Shit, it amounts to arguing that Hamas has no right to lob missiles into Israel, and that’s a clearly untenable position.

It’s possible to point at the Israel lobby when complaining about how US pols cave on cue and seldom put any daylight between our policy and Israel’s.

So Netanyahu’s prediction about what would happen if Israel gave Gaza over to the Palestinians has been shown correct.

If Netanyahu comes back to power, there will be no peace during his time. That suits Hamas just fine but it does not suit me and….well, I won’t speculate on what US policy is beyond seeking a ceasefire.

Bush II’s first foreign policy pronouncements involved ridiculing Clinton’s efforts to broker a deal between the Israelis and the Palestinians and as a result the Israeli right was emboldened to scuttle those efforts.

I don’t think Obama should similarly work the sidelines. He should keep out of it unless asked by the current President to involve himself.

Let’s say that when Obama is sworn in, there is another ceasefire. Or not–it hardly matters. Gaza as a launching pad is not a good idea. Gaza is a worthless piece of real estate because to be economically viable it has to trade freely with Israel or Egypt. While it needs links to the West Bank, and the West Bank has potential for economic viability on its own, the West Bank cannot be an adequate support for Gaza right now even leaving aside the contretemps between Hamas and Fatah.

So, in the immoral words of Lenin, what is to be done?

Never mind the ceasefire. That’s almost irrelevant because it would be temporary. The question is what’s to become of Gaza?

To support its people in the squalor to which they are accustomed, it needs to be economically linked to Egypt or Israel.

Which shall it be, and how shall the linkage be accomplished, keeping the body count on all sides to a minimum?