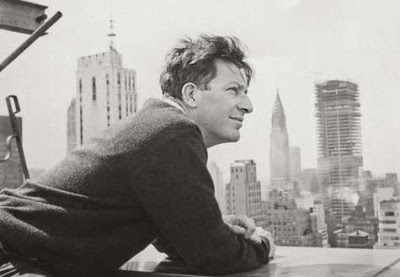 Although the times are so different from the 1960s, perhaps the vision of community that animated our thinking then may still be relevant for today.

A powerful concept animated the vision of young people in the 1960s, the idea of community. Many of us came to that decade with little interest in politics. We were not “red diaper” babies but we became outraged by Jim Crow, McCarthyism, and war. Our education had communicated an early version of Margaret Thatcher’s admonition, “ there is no alternative,” and our impulses told us then that “another world was possible.”

New and old ideas about a better world began to circulate from college campuses, the streets, some churches, and popular culture. A whole body of engaging literature caught the fancy of young people. For me Paul Goodman’s description of youth growing up in the sterile 1950s, Growing Up Absurd, resonated. He wrote about alternative possibilities in such books as Utopian Essays and Practical Proposals.

Perhaps most startling to a young reader was the earlier analysis Goodman published with his brother Percival, Communitas. In that book the Goodman brothers argued that societies, big and small, were products of values. Architecture and the organization of space, social, and political forms, and the ease with which people could communicate and interact with each other varied. And the variations created in space and social forms affected whether communities valued life and sociability or consumption and profit maximization.

The Goodmans opened up new intellectual doors for me. I looked at earlier anarchists, such as Peter Kropotkin, who argued that humans — if not separated by time, space, and power structures — often lived in solidarity with their neighbors. A “mutual aid” principle was natural to human existence. And, as a result “the state” sought to stamp it out and replace it with top down authority.

Martin Buber, in Paths in Utopia, identified a “centralistic political principle” that emerged when groups and states sought control of markets and natural resources and “the most valuable of all goods,” the lives of people who lived with each other changed as “…the autonomous relationships become meaningless, personal relationships wither; and the very spirit of…” being human “…hires itself out as a functionary.”

In 1974, I wrote in summation about these theorists and many others that

the architectural forms and social structures of the Goodmans can profitably be blended with the spiritualism and socialism of Buber to construct a synthesis of all that the utopians and anarchists set out to achieve. The Goodmans show how community can be created in the industrial age and Buber illustrates how the best features of the entire community tradition fit together.

The ideas of community, empowerment, and social justice spread from these and other sources. They were articulated for the Sixties in the Port Huron Statement, written by founders of the Students for a Democratic Society. While written by and for a relatively privileged sector of disenchanted youth in a period of booming economic growth and military expansion, the document spoke to the passion for justice, participation, and community, and an “…unrealized potential for self-cultivation, self-direction, self-understanding, and creativity.”

It called for the creation of “human interdependence,” replacing “…power rooted in possession, privilege, or circumstance…” by “power and uniqueness rooted in love, reflectiveness, reason and creativity.”

By the late Sixties many of us were identifying a new society that must be built on core principles. These included:

Many of us began to explore the impediments to the construction of a society based on human scale that would celebrate both individual creativity and community. Growing familiarization with the critique of capitalism suggested that the capitalist mode of production, dominant over two-thirds of the world, was based upon the exploitation, oppression, dehumanization, and repression of the vast majority of humankind.

Incorporating an understanding of the workings of capitalism did not contradict the vision that Buber called the decentralized social principle and the many eloquent calls by others for “community.” It did suggest that building a new society entailed class struggle which would manifest itself in factories and fields, in rich and poor countries, and in political venues from the ballot box to the streets.

Bringing about positive change was a much more complicated affair than activists originally thought, but the sustained and sometimes brutal opposition to our visions validated the general correctness of them.

Today, new generations of activists, along with older ones, are reflecting and participating in diverse social movements in our cities and towns. They observe with enthusiasm the mobilizations, the militancy, and the passion for justice still unfolding in the Middle East.

The efforts of Venezuelans, Bolivians, Ecuadorians, and the Cubans who inspired us so much over the years are applauded. Important debates about social market economies, workers’ management of large enterprises, this or that candidate or political party, are occurring on the Internet and in the streets.

Although the times are so different from the 1960s, perhaps the vision of community that animated our thinking then (which we in turn learned from those who preceded us) may still be relevant for today.

Without creating new documents or dogmas perhaps it can be proclaimed that we remain committed to the sanctity of human life, to equality, to popular control of all our institutions, to a reverence for the environment, and to the idea that the best of society comes from our communal efforts to make living better for all.