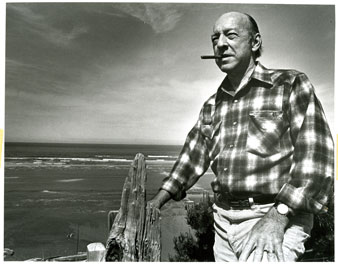 First of a two-part series.

The first modern organized opposition to U.S. global expansion began with the war on the Philippines in 1898. The Anti-Imperialist League, with such distinguished spokespersons as Mark Twain, decried United States expansion to Asia, the Pacific, and the Caribbean. Later, critics of U.S. foreign policy, such as Eugene V. Debs, opposed President Woodrow Wilson’s decision to enter World War I in 1917. In the 1930s journalists and activists raised concerns about the United States role in world affairs, particularly its seeming indifference to the rise of fascism in Italy, Spain, and Germany.

After World War II, skeptics about a U.S. policy that was leading to Cold War with the Soviet Union arose, coalescing around the third party presidential candidacy of Henry Wallace. After President Truman won election in 1948, opposition to the direction the United States was taking in the world was steadily silenced. A virulent anti-communist repressive environment in academia, the media, and electoral politics ensued. By the 1950s analyses of United States foreign policy that focused on the U.S. as an imperial power virtually disappeared.

The Wallace candidacy which was soundly defeated was followed by the 1949 purge of 11 unions from the Congress of Industrial Organizations (CIO) for their left-wing politics and during the 1950s anti-communist purges in radio, television, the movies and educational institutions. Labor organizers, cultural performers, educators, government employees and others tarnished with the charge of being “communists” lost jobs, livelihoods, and access to broad publics.

Academic fields were transformed to provide training grounds and ideological support for America’s mission in the world. In history and social science new scholarly works emphasized consensus versus class struggle, pluralist democracy rather than political elitism, and groups and political activity rather than class and class interests. Few remaining critical analysts of United States foreign policy highlighted economic interest, the pursuit of empire, or over-reaction to a Soviet threat.

However, some academic programs, such as the Department of History, University of Wisconsin, began to educate young scholars to examine the economic taproots of United States foreign policy. William Appleman Williams’ classic text, The Tragedy of American Diplomacy, broke new ground in the early 1960s as opponents of the Cold War and the escalating Vietnam War policy began to challenge reigning orthodoxy.

Williams, for many budding anti-war activists, provided information about an American empire that had grown ever since the end of the civil war. He and his students connected U.S. empire building with the conquest of the North American continent, the slaughter of millions of Native people, the taking of large amounts of the land mass from Mexico, and global expansion from the Philippines to the Caribbean and Central America.

In The Tragedy of American Diplomacy, The Contours of American History, and The Roots of the Modern American Empire, Williams elaborated on the rise of agricultural production and the need for the American economy to find markets overseas. In addition, domestic outlets for U.S. productivity had been capped with the end of the “frontier.” Drawing upon Frederick Jackson Turner’s “frontier thesis,” U.S. leaders, he wrote, believed that a new global American empire was needed to sell products, secure natural resources, and find investment opportunities.

Williams claimed that the so-called “open door” policy toward China proclaimed in the 1890s signified what the U.S. imperial vision was to be. This policy resulted from the disintegration of and civil war in China which was used as an opportunity by European powers and Japan to establish their own spheres of influence on the Asian mainland.

In response to the nations that were carving up Chinese territory, the U.S. Secretary of State, John Hay, issued a warning to Europe demanding the right to have open access to markets in China. By implication the closing of such markets to U.S. goods might lead to confrontation.

For revisionists, such as Williams, the Open Door Notes illustrated the emerging U.S. global imperial vision. The demands that the world respect the U.S. right to penetrate economies everywhere would become the standard for the U.S. role in the world ever since.

Again, the driving force behind the image of the Open Door was economics. Some of Williams’ writings seemed to emphasize material reality, the needs of capitalism. Other of his writings implied that United States behavior was motivated by elite beliefs that markets were a necessity.

In the 1960s several newer scholars began publishing their research emphasizing the connections between the necessities of U.S. capitalism and expansion or the belief foreign policy elites had that such expansion was necessary for economic survival.

Gabriel Kolko who authored The Politics of War, and co-authored with Joyce Kolko, The Limits of Power: United States Foreign Policy From 1945 to 1954, presented in compelling, graphic, and precise terms the material underpinnings of United States Cold War policy. The Kolkos emphasized the threat to the West that international communism, particularly the example of the Soviet Union and popular Communist parties in Europe, represented to the reconstruction of a global capitalist empire after World War II.

According to the Kolkos and other revisionists, the expansion of socialism constituted a threat to capital accumulation. After World War II, wartime demand for U.S. products might decline, leaving in its wake economic stagnation and a return to the economic depression of the 1930s. The Marshall Plan, applauded as a humanitarian economic assistance program for the reconstruction of war-torn Europe, was really a program to increase demand for U.S. products.

With an engineered international communist threat, military spending, another source of demand, would help maintain customers, including the government itself, for U.S. products. The idea of empire, stressed in Williams’ work, was underscored by the materiality of capitalist dynamics.

The Kolkos described the motivations of the Soviet Union and the United States. The former was not driven by a demonic ideology to dominate the world, they said. In addition, United States foreign policy was not driven by principle. As to the former: “The Soviets played an essentially opportunistic, non-ideological role in Eastern Europe’s initial postwar development. They cared little about the previous policies or the ideology of the men in power in the coalition governments so long as they were not anti-Soviet in the post war period.”

And the United States made “a sincere effort to secure the area for its framework of multilateral trade and an open door for American investment.” When this failed the Kolkos said, the United States “chose instead a policy of harassment and employed the image of an iron curtain to blur, for strictly political purposes, the variations in an area whose political experiences at the time ranged from pluralist Czechoslovakia to Bolshevik Yugoslavia.”

To expand the reach of post-war U.S. capitalism and oppose any resistance to it, the East-West conflict “became a self-fulfilling prophecy.”

“Celebrate the Historical Revisionists: Part 2” will discuss the enduring significance of their findings for understanding the United State’ role in the world today.