Harry Targ : Ethics Charges and the Natural Order of Things 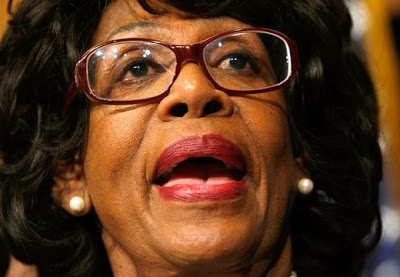 The stories about ethics violations by Congressman Charles Rangel (NY) have been making the rounds of the media and wire service reports have indicated that the House Ethics Committee will be charging Congresswoman Maxine Waters (California’s 35th Congressional District) with financial and influence improprieties as well. Of course, the leaked information in both cases is complicated and presumes guilt while the targets’ denials seem like desperate gestures to save themselves.

These stories have been contextualized in two ways. First, the charges against Rangel and Waters have been framed as part of concern about the seeming rise in corruption in public life and reminders that candidate Obama and House Speaker Nancy Pelosi have promised greater political transparency. So the upcoming Rangel/Waters hearings seem a natural byproduct of a changing political atmosphere in Washington and the country.

Second, virtually all the analyses of the announcement of the charges, the responses from those charged, and estimates of when panel hearings will take place, highlight the impacts of these cases on the November 2010 elections. Pundits speculate on what effect these political troubles will have for Democrats and reinforce media conclusions that the Democrats will be even more hurt from these revelations than everyone already expects.

What are these charges really about?

I have not read all the stories on Rangel or Waters but none I have seen have mentioned three other variables that just might relate to the attacks on the Congresspersons in question. First, both, but particularly Maxine Waters, have been visible progressives on war/peace and economic issues. Second, both Congresspersons are African-American and have been articulate spokespersons for the Congressional Black Caucus. Third, and not unconnected to the other two, these charges follow a two-year trajectory of assaults on progressive African-Americans, including the grassroots organization ACORN, green jobs activist Van Jones, and most recently, agricultural specialist, Shirley Sherrod. 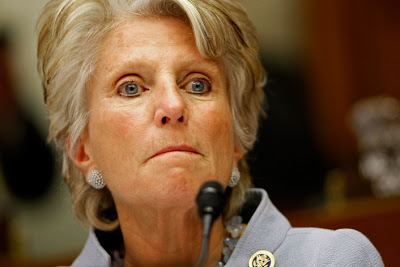 On Tuesday August 3, 2010, The New York Times published a front-page story titled “A Capital Abuzz With Ethics,” reflecting the standard frame suggested above. “The charges reflect, in part, a heightened sensitivity in Washington to indiscretions by members of Congress.”

On page one of the business section in the same issue of the paper a story appears with the title “An Audio Pioneer Buys Beleaguered Newsweek.” It describes Sidney Harman’s purchase of the faltering but still visible news magazine, Newsweek. Curiously, paragraph 17, on page two of the section, opens with the following: “He is married to Jane Harman, a Democratic Congresswoman who represents Southern California. Asked whether being married to a Congresswoman might represent a conflict of interest, he replied: ‘We’ve been married for over 30 years. I’ve never told her how to run the government and she’s never told me how to run the business. That’s absolutely fundamental to us.’”

(Last fall, in the midst of the health care debate it was disclosed in Indiana that the wife of retiring Senator Evan Bayh was a board member of the health insurance giant Wellpoint and that she made over $200,000 in fees and stock options for her work. Bayh’s legislative aide said that the Senator and Susan Bayh never spoke about the health care issue at home.)

Just a superficial comparison of the political agendas of the two Southern California legislators, Maxine Waters and Jane Harman, indicate that the former has been a leader in opposition to wars in Iraq and Afghanistan and Harman has been more tied to homeland security advocacy and support for Israel.

On economic issues, Waters has been an advocate for expanding economic stimulus policies, increasing housing and community development support, empowering women and youth, and promoting green jobs and other policies of relevance to the poor and minorities. Harman has identified with the “Blue Dog Blueprint for Fiscal Reform” a plan that prioritizes budget balancing and deficit reduction over human needs. She also identifies with the New Democrats call for “a robust market-based approach to address our nation’s energy needs.”

The right wing and their allies in both political parties are engaging in a campaign at all levels of society to destroy the prospects of building a progressive agenda. Most of the media — print, electronic, and internet — for whatever reasons, are co-conspirators. AND this campaign clearly is targeting the interests of workers, African-Americans, people of color in general, and women. Progressives must join the struggle to save the progressive agenda wherever political activity takes place.