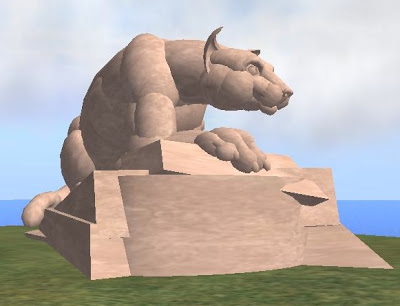 “And when I think of all the talent and energy which daily go into devising ways and means of making their torment worse, all in the name of efficiency and productivity but really for the greater glory of the great god Capital, my wonder at humanity’s ability to create such a monstrous system is surpassed only by amazement at its willingness to tolerate the continuance of an arrangement so obviously destructive of the well-being and happiness of human beings.”

The scurrilous news about Penn State University has led me to reflect upon the context in which higher education, sports, popular culture more broadly, and political, economic, and cultural institutions are created, flower and grow, and in Paul Sweezy’s view destroy “the well-being and happiness of human beings.”

Numerous political economists have described capitalism as an economic system that has its roots in global trade, enslavement, and expropriating commodities produced in the “new world” and then processed in Europe into finished goods that were traded on the world stage.

Capitalism emerged out of rudimentary trade and production into the most productive, innovative, and technologically creative economic system in the world. The 500 year journey, from an early capitalist stage in which the transport of natural resources and commodities took months or years to a transnational global system that has obliterated differences in space and time, has truly transformed what it means to be human.

The positive features of capitalist development that Paul Sweezy and others recount also are grounded in analyses of the pain and suffering that has been caused by the unbridled pursuit of profit and capital accumulation.

The growth, development, transcendence of natural barriers (again ultimately space and time) has come with a price, as millions were enslaved and slaughtered. In addition, capitalism brought wars, starvation, the tearing up of the natural environment and the perpetuation of human misery on a massive scale.

This is a story about the political economy of world history that came to mind while observing the evolving scandal at a major university in November 2011. The rape and molestation of numerous boys over many years on the campus of Penn State University has been discussed in the context of sociopathic coaches, iconic sports figures, negligent university administrators, bought-off government officials, thoughtless students, and the exigencies of public relations.

Are there connections between the “political economy of world history” and rape on one college campus? I think so. And these connections that have inspired my thinking I am calling “the Paterno effect.”

First, reflections on the capitalist system must include an historical sense of the 500 year struggle to overcome any and all barriers to the pursuit of profit. Words like genocide, massacre, plunder, while not used in polite and proper academic company, are important to jar the conscience of humankind.

Second, the rise of capitalism necessitated the construction of political, economic, cultural, social, and religious institutions that supported it. These institutions stimulated scientific discovery, the organization of production, the facilitation of consumption, the creation of entertainment and culture, and the invention of political/spiritual systems of myths, symbols, and rituals that legitimized the global pursuit of profit.

Third, systems of education have played vital roles in training workers, organizing discovery, and convincing the young of the virtues of the system in which they live. In short, education at all levels is the institution that links the “needs” of the system to the generation of talent and the legitimating of its perpetuation.

Fourth, since the industrial revolution institutions of higher education have served the capitalist system in important ways. Early universities trained clerics or lawyers. By the dawn of the twentieth century, the modern university was constructed to meet the needs of capitalism: for inventors, accountants, engineers, and those who would transmit sanitized histories and cultural artifacts from generation to generation.

Sixth, university campuses began to reflect more the characteristics of parallel institutions and evolved even more directly into instrumentalities of corporations, banks, and the state. Major universities became businesses in their own right.

Today universities produce the human resources for the capitalist system. They collaborate with monopolies in agribusiness, technology, food service, and tourist industries, and every other industrial and financial sector of the society. It has been suggested that former President Eisenhower was considering addressing the “military/industrial/academic complex” in his famous farewell address. Although he did not include the “academic,” the connection is clear.

Universities are also big businesses themselves. They regard their students as “customers” and their corporate friends as their “investors.” On campuses and in host communities they sell products. University administrations and campus towns are beholden to corporate and government dollars. The university systems of modern America parallel the quest for profit and capital accumulation characteristic of the corporate and finance institutions of the society at large.

Therefore, a reading of the political economy of world history would lead the observer of higher education to realize that the cover-up of grotesque violence against young boys in one major university occurred in the context of a capitalist institution that craves profit and funding, investors, the celebration of star power in athletics, and the creation of icons in the sports and/or “educational” spaces of the college campus. Scandals that reduce the legitimacy, and hence the profitability, of the total institution must be ignored, explained away, or excused.

Perhaps the Paterno effect can encourage a progressive turn in higher education. There exists a principle of academic freedom that is solemnly defended by most academic administrators and faculty. There is also a legacy of debate and discovery in the history and mythology of higher education.

And, finally, in various places in the academy there exist traditions of advocacy research and teaching that engage students and communities in discussions of alternatives to the brutalities of the present order. Advocacy research and teaching is based on the proposition that the validity of ideas comes in part from whether they improve or harm “the well-being and happiness of human beings.”

The tragedy of Penn State University should stimulate a reexamination of the purposes, functions, goals of the modern university that addresses how it can participate in the dramatic changes humankind desperately needs.