Harry Targ :
RACE | On anti-Asian racism: The historical record abroad and at home

With the election of Joe Biden, the shift in the direction of escalating tensions with China has continued. 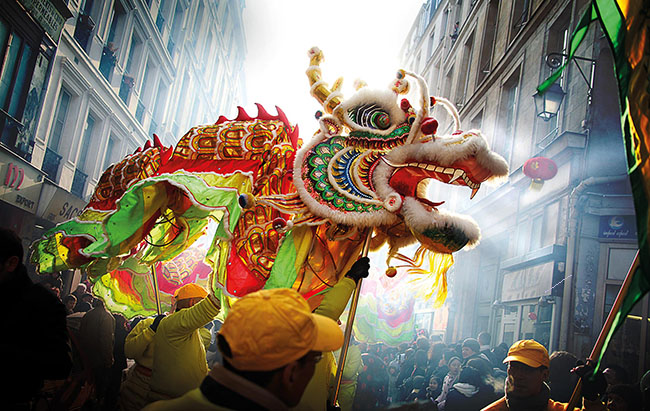 WEST LAFAYETTE, Indiana — Why is the United States returning to a policy hostile to China, perhaps creating a “New Cold War”? In addition, is there any relationship between U.S .foreign policy and anti-Asian violence at home? There are several answers to these two questions.

The United States seeks to maintain its global hegemony

As Alfred McCoy has described (In the Shadows of the American Century: The Rise and Decline of US Global Power, Haymarket Books, 2017), the United States, relatively speaking, is a declining power. As to economic growth, scientific and technological development, productivity, and trade, the U.S., compared to China particularly, is experiencing stagnation or decline. China has engaged in massive global projects in transportation, trade, and scientific advances and by 2030 based on many measures will advance beyond the U.S.

According to McCoy, the United States has embarked on a path to overcome its declining relative economic hegemony by increasingly investing in military advances: a space force, a new generation of nuclear weapons, cyber security, biometrics, and maintaining or enhancing a global military presence particularly in the Pacific (what Obama spokespersons called “the Asian pivot”). In other words, rather than accommodating to a new multipolar world in the 21st century, the United States is seeking to reestablish its global hegemony through military means.

The U.S. is challenging the legitimacy of Chinese innovations.

Further, as Vijay Prashad has suggested, the United States is desperately seeking to overcome the ending of its monopoly on technological advances. In computerization, transportation, and pharmaceuticals, the U.S. is challenging the legitimacy of Chinese innovations, claiming that China’s advances are derived not from its domestic creativity but from “pirating” from United States companies.

To illustrate this U.S. concern, the prestigious and influential Council on Foreign Relations issued a report in 2019 entitled “Innovation and National Security: Keeping Our Edge.” The report warned, “…the United States risks falling behind its competitors, principally China.” China is investing significantly in new technologies, the Council asserts, which they predict will make China’s scientific advances superior to the U.S. by 2030. Also, to achieve this goal they are “exploiting” the openness of the U.S. by violating intellectual property rights and spying. Therefore, the Council on Foreign Relations concluded, since technological innovation is linked to economic and military advantage and since U.S. leadership in technology and science is at risk, the nation must recommit to rebuilding its scientific prowess.

In addition, the United States is engaged in efforts at regime change around the world in Venezuela, Cuba, Iran, and 36 other countries victimized by economic sanctions. China, to the contrary, is increasing its economic ties with these countries through investments, trade, and assistance. It also criticizes U.S. policies in international organizations. In broad terms Chinese policy stands with the majority of countries in the Global South while the United States seeks to control developments there.

American domestic politics have also affected the transformation of U.S./China policy. For example, President Donald Trump’s popularity declined in part because of the spread of the Covid-19 pandemic in 2020, its impact on the U.S. economy, and the rise of racial tensions in the country. And the classic anecdote he used was to construct an external enemy, an “other,” which it was hoped would redirect the attention of the public from his declining popularity. Hence, the President sought to deflect the cause of the spreading pandemic onto the Chinese (the “China Virus” or the “kung flu”).

President Trump talked tough with the ‘enemy’
of the United States.

In this context President Trump talked tough with the “enemy” of the United States, and, as his Secretary of State Pompeo suggested, it was about time that the U.S. government gave up illusions about working with China. Only a Trump administration, he suggested, would be capable of doing this (even though President Obama had already launched the policy of the “Asian pivot,” a military, diplomatic, and economic expansion of the U.S. presence in Asia).

With the election of Joe Biden, the shift in the direction of escalating tensions with China has continued. Biden’s new Secretary of State, Antony Blinken, recently declared that China represented a geopolitical threat to the entire international system and U.S. hostilities were visibly evident at a significant meeting of key U.S. and Chinese diplomats in Anchorage, Alaska.

The media is advancing the narrative of China as the external threat.

In addition, Blinken identified eight core elements of United States foreign policy which would include ending the global pandemic, addressing immigration issues, rebuilding alliances with other countries, renewing democracy, and “confronting China.” (Deirde Shesgreen, “Blinken Lays Out Biden’s 8 Foreign Policy Priorities, from Covid-19 to China,” USA Today, March 3, 2021). Some commentators have suggested that the media coverage of the interactions of representatives of the two countries exaggerated the hostility of the meeting. Even if that is the case, it should be noted that the media is advancing the narrative of China as the external threat.

America’s destiny required the U.S. “…to set the world its example of right and honor….We cannot retreat from any soil where providence has unfurled our banner. It is ours to save that soil, for liberty, and civilization.…It is elemental….it is racial. God has not been preparing the English-speaking and teutonic peoples for a thousand years for nothing but vain and idle self-contemplation and self-admiration. No! He has made us the master organizers of the world to establish system where chaos reigns. He has given us the spirit of progress to overwhelm the forces of reaction throughout the earth.” Senator Albert Beveridge, Indiana, Congressional Record, 56 Congress, I Session, pp.704-712, 1898).

The ideological package of racism, white supremacy, and American Exceptionalism so prevalent in United States history resurfaced in dramatic ways in the Trump Administration. And violence against people of color and women have remained a centerpiece of domestic life. Violent acts against Asian Americans have risen, even before the Atlanta massacre.

Therefore it seems fair to conclude that white supremacy at home is inextricably connected with American Exceptionalism abroad. In 1910, President Theodore Roosevelt declared that the white race was critical to civilization. But years later both Madeleine Albright, the Secretary of State in the Clinton Administration, and President Barack Obama spoke about the United States as the “indispensable nation,” a model of economics and politics for the world.

It is clear that the ideology of white supremacy abroad is connected to the ideology of white supremacy at home. Looking at data on the United States role in the world and the North American continent, the United States was at war for 201 years from 1776 to 2011. Ten million indigenous people were exterminated as the “new” nation moved westward between the 17th and the 20th centuries. At least 10 million people were killed, mostly from developing countries, between 1945 and 2010 in wars in which the United States had some role (overwhelmingly Asian peoples). In addition, world affairs was transformed by the use of two atomic bombs; one dropped on Hiroshima on August 6, 1945 instantly killing 80,000 people and the other on Nagasaki on August 9, 1945 killing another 70,000. And in years subsequent to the dropping of those bombs, millions of Koreans, Vietnamese, and Cambodians were killed by the U.S. war machine.

A better future and the survival of the human race require us to realize, as Paul Robeson suggested, that what is precious about humanity is not our differences but our commonalities. Exceptionalist thinking separates us. Sharing what we have in common as human beings, both our troubles and our talents, is the only basis for creating a peaceful and just world.

1 Response to Harry Targ :
RACE | On anti-Asian racism: The historical record abroad and at home