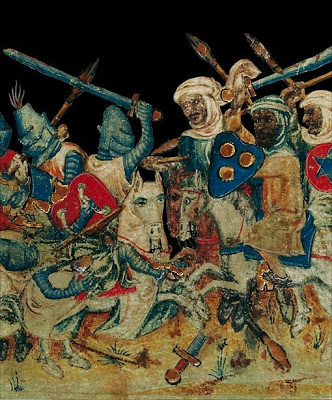 When I was a kid I had to go to Hebrew school to prepare for my Bar Mitzvah. I confess I would have preferred being in the school yard playing baseball to studying Hebrew. One of my few remembrances from days of religious study, aside from my resentment about time away from the ball field, was reading the stories of the tribes of Israel conquering or killing political/religious enemies. Acts of violence and hate seemed to me to be sanctioned by a wrathful God, my God.

Down the street from where we lived were St. Timothy’s Church and school. The building was an imposing broad red-brick structure. There was no contact between the children who went to school there and those of us who attended public school a few blocks away.

Ideology and the place of the United States in the world

When I grew up, began to study international relations, became an activist against the war in Vietnam, and started teaching foreign policy, I saw the power of ideology in mobilizing whole peoples to hate others. War, while a byproduct of economic interest, was facilitated by ideologies of hate; by creating “the other,” who were less than human and believed in the wrong God.

Millions died in the Crusades, the Inquisition in Spain, the taking of the lands of the Western Hemisphere and Africa, the occupations of China, Indonesia, Indochina, and the Middle East. Most of those deaths were justified by obedience to the Christian God.

Of course, participation in most of these wars and covert operations was justified by a mix of secular and sacred terms: democracy, markets, and God. President Reagan had reiterated the religious zealotry articulated by virtually every politician, banker, or theologian who called for U.S. militarism. The United States was “the city on the hill,” the “beacon of hope” for the world.

Lloyd Gardner in his recent book, The Long Road to Baghdad, A History of U.S. Foreign Policy From the 1970s to the Present, argues that there is a vision of global perfectibility behind United States foreign policy from its rise to great power status at the dawn of the twentieth century, to Woodrow Wilson’s vision of making the world safe for democracy, to Harry Truman’s announcement of our great struggle against communism in 1947, to John Kennedy’s “new frontier” and Lyndon Johnson’s war in Vietnam, to the Reagan Doctrine, and George W. Bush’s proclamation that nations are either with us or the enemy.

Underlying all this is the proposition, as Bob Dylan suggested, that “God is on our side.” Gardner writes that “Bush equates American foreign policy here with God’s will… God is on the side of justice; America has chosen the side of justice as its goal; therefore, God will bless American policy. Obstacles to this mission were only to be expected from forces on the wrong side of history.”

The campaign against Islam in the United States

Now politicians are demanding that the constitutional right of sectors of the Islamic community in New York to build a community center be denied because they offend the sensibilities of the Christians and Jews living in the city, indeed in the entire nation. They ignore the history of their coreligionists who have misused people’s faith to justify conquest and mass slaughter. They deny the fact that the presence of their religious institutions in other lands or located throughout communities in the United States create fear and anger among those of different faiths or no faith.

Perhaps most scurrilous of all is the way that the public mind is being manipulated and used for purposes of political gain at a time when joblessness, environmental devastation, and hatred spread across the land.

The little boy studying the Old Testament 60 years ago was uncomfortable about aspects of his religion that he could only partially understand. The great American writer, Mark Twain much earlier described the irony of religious fanaticism as he reported on a massacre of Muslim rebels fighting U.S. military occupiers at the dawn of the twentieth century in the Philippines:

Contrast these things with the great statistics which have arrived from that Moro crater! There, with six hundred engaged on each side, we lost fifteen men killed outright, and we had thirty-two wounded. . . The enemy numbered six hundred-including women and children-and we abolished them utterly, leaving not even a baby alive to cry for its dead mother. This is incomparably the greatest victory that was ever achieved by the Christian soldiers of the United States.