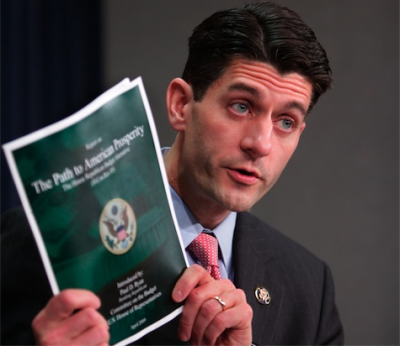 The Lafayette, Indiana, Journal and Courier, a Gannett Newspaper, printed an Associated Press story, Monday, August 13, on the front page above the fold, entitled “Little Security for Program’s Payouts.” It warned that Social Security would be in financial crisis by 2033.

The $2.7 trillion surplus in the fund, the story suggested “is starting to look small.”

The story did admit that for 30 years the social security fund received more in taxes than it paid out to eligible recipients. But it raised the fear that the balance sheet would undoubtedly change in the future. In addition, the story indirectly blamed Social Security for federal deficits by suggesting that “surpluses also helped mask the size of the budget deficit being generated by the rest of the federal government.”

The story reported projections of Social Security shortfalls of $7 trillion by 2086. And if 75 years of shortfalls are added up, adjusted for inflation, that would amount to $30.5 trillion dollars. By my calculation in today’s dollars that would reduce the feasibility of engaging in 10 Iraq magnitude wars!

Before readers, particularly the young, freak out after reading this story, they should access on the web a report entitled “A Young Person’s Guide to Social Security” from the Economic Policy Institute study prepared in collaboration with the National Academy of Social Insurance. The report summarizes the history of Social Security, its goals, its payment structure, and the long-term projections of its economic stability.

The EPI/NASI report lists possible policy changes that could address the temporary shortfalls in Social Security receipts that may occur at various times between 2033 and 2070.

These include raising the payroll tax rate, raising the “tax cap” so James pays more on his $16 million salary than those earning a tenth of his salary, or extending the pool of workers — such as some state and local government employees — who would be eligible and thus contributors to the program.

In addition, social security statisticians point out that the spike in upcoming social security recipients, the so-called “baby boomers,” will flatten out with declining birth rates.

The addition of Congressman Paul Ryan to the Romney ticket is cause for the rekindling of the far-right agenda to privatize social security, which, given the recent economic crisis, would have been a disaster for millions of senior citizens. Former President Bush had proposed the privatization of Social Security in 2005 but withdrew his proposal because of massive public resistance.

Media conglomerates including Gannett, the Associated Press, and their home town affiliates, have been ready and waiting to scare the American people again. And, like Iraq’s alleged “weapons of mass destruction,” this new campaign is designed to overcome the overwhelming resistance of the American people to changing the most successful U.S. government program in history.

And the targeted population is young people who the Right wishes to set in conflict with their elders. Of course, the fear merchants will not raise the specter of young people, jobless and poor, having to support their elders who may slip into poverty because their loved ones no longer have insured retirement benefits.

It is a scary prospect for young and old alike. All the more reason for building a progressive coalition to fight the right-wing assault on Social Security, Medicare, Medicaid, and all the other programs that help everyone but the one percent.