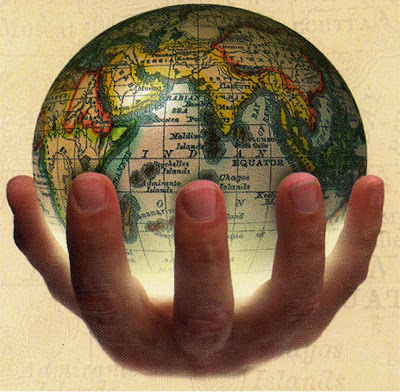 Image from ccsd.org.
Techniques of empire:
What is new and what is the same old stuff?

Nations, tribes, armed members of messianic religions from time to time have engaged in conquest of others. Peoples have been slaughtered for their land, their natural resources, their mistaken beliefs. The techniques used to be simple: killing, imprisonment or enslavement, and occupation.

With the rise of capitalism as a global economic system, accumulated resources were used to create modern instruments of war — guns, ships, pollutants, and poisons. As Marx claimed long ago, capitalism was of necessity a global system so nation-states created in the era of economic modernity were compelled to pursue exploitable labor (particularly slaves), natural resources, market opportunities, and investment sites everywhere. Mercenary armies were created to conquer people and land and fight against the mercenary armies of other capitalist countries.

The British empire (“the sun never sets on the British Empire”) was caused by and facilitated the industrial revolution. In the 1880s European imperial powers came together to divide up the African continent. After the first of two world wars in the twentieth century, wars which cost 60 million deaths, the Middle East was divided up among declining powers, Great Britain and France.

The United States joined the imperial fray in the 1890s. It took the Hawaiian Islands, fought Spain to conquer Cuba, occupied other Caribbean Islands, and crushed the independence struggle in the Philippines. Over the next 30 years the United States invaded countries in the Western Hemisphere some 25 times, often leaving U.S. Marines in place for years.

The United States and the Cold War

A variety of imperial techniques became common as the United States fought the Communist enemy during the Cold War. With the creation of the Central Intelligence Agency in 1947, the first of many “intelligence agencies” was launched to interfere with the political life of countries the U.S. regarded as strategic.

CIA money was used to shape elections in democracies such as France and Italy. Money flowed to Christian Democratic Parties created to oppose Socialist campaigns. Also money found its way into anti-Communist trade union federations. This pattern of interference was replicated in Latin America as well and later in Africa, Asia, and the Middle East.

The United States engaged in visible campaigns to create and support military coups; the most critical being in Guatemala and Iran in the 1950s, Brazil and Indonesia in the 1960s, and Chile in the 1970s. And of course U.S. policymakers launched long and brutal wars in Korea and Vietnam leading to four million Asian deaths and 100,000 American soldiers killed.

The pursuit of U.S. empire included some modern strategies as well as conquest and subversion. President Truman, through the Marshall Plan, instituted an expensive campaign of economic and military assistance which would become a staple of U.S. Cold War policy. From the initiation of the Marshall Plan in 1948 with a modest $14 billion aid program to anti-Communist regimes in Europe through the Carter years, $235 billion was provided to selected and strategic imperial partners: first in Europe, then Asia and the Middle East.

President Kennedy contributed to the imperial tool kit; the provision of military advisors, funding for local militaries in countries threatened by revolution (such as in Central America), and training programs for military officers such as in the old School of the Americas. Economic assistance came with strings, the promotion of market-based economies, and opposition to indigenous and Communist political forces, at least as much as local political contexts would allow.

President Reagan was an imperial innovator as well. Constrained by the “Vietnam Syndrome,” public opposition to further Vietnam-style military quagmires, he established policies based upon “low intensity conflict.” Creating and funding local counterrevolutionary armies in places as varied as Nicaragua, Angola, Ethiopia, Cambodia, and Afghanistan, the U.S. role in conflicts could be kept off the front pages of newspapers.

Civil war violence stimulated by U.S. resources would not be “low intensity” in countries where it occurred but it might be considered so in the U.S. Citizens would not learn of the critical U.S. support given to Islamic fundamentalist rebels, including Osama Bin Laden, fighting a pro-Soviet regime in Afghanistan in the 1980s until quite recently.

To insure the limited visibility of U.S. global operations, and to reward political allies with government contracts, the Reagan administration dramatically expanded programs privatizing U.S. military operations. Support for the Contra war against the Nicaraguan people involved transferring public funds to private armies and using key foreign policy advisers, such as Colonel Oliver North, as conduits and organizers of networks of private sources of funding for war.

Thus began public programs to encourage and stimulate the creation of private companies that would fight America’s wars. The American people had little way of knowing how deeply involved they were in violence around the world and the danger of sinking into new Vietnams. 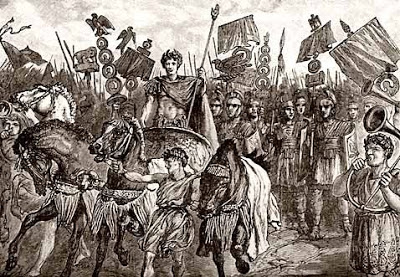 The world has come a long way from the days of Roman legions slogging across land pillaging and killing. The days of nineteenth century colonial rule — clumsy and arrogant with foreign occupants of land lording over exploited local workers — has changed. However, it is important to reflect on the new or more developed techniques of empire, while never forgetting that there are centuries long continuities of techniques of imperial rule.

For starters, Marc Pilisuk reports in Who Benefits From Global Violence and War: Uncovering a Destructive System that the character of war has changed over the years and centuries. Wars today are not usually between nations. Casualties of wars are overwhelmingly civilians rather than soldiers. The weapons used in wars today are more likely than in the past to temporarily or permanently damage the natural habitat as well as kill people.

Wars in recent years have been likely to be fought over natural resources. Nations and groups now are more likely to be supplied with weapons produced by a handful of corporations that specialize in the production of military supplies. These weapons are provided by a small number of nations. Finally, wars fought in modern times, the last 100 years, have caused more deaths than in any other comparable period of human history.

Recently a number of journalistic and scholarly accounts have added to our understanding of newer techniques of empire, particularly U.S. empire. 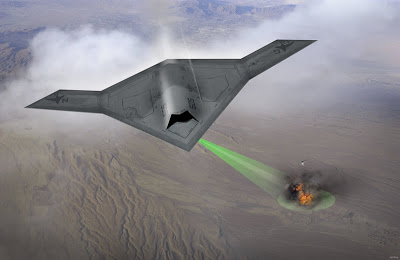 What is new about imperial policies

While the general character of imperial policies remains the same, whether the empire is Rome, Japan, Germany, France, Great Britain, or the United States, changes in technology, the state system, ideology, and tactical thinking have had their effects.

First, imperial rule has become truly global. From bases in far-off places to unmanned drones flying over literally millions of targets everywhere, empires operate with no constraints based on geography.

Third, the United States is moving toward fighting wars without soldiers on the ground. Enemies can be identified by computer and military technologists can then push the right buttons to kill the unfortunate targets. Killing has become antiseptic. Killers can say goodbye to the kids in the morning, drive to work, push some buttons, drive home and spend the evening with the family. Meanwhile thousands of miles away there are mourners crying over those just assassinated.

Finally, empires can expand and change the destiny of peoples through so-called “humanitarian assistance.” Local goals, good or bad, are furthered by the large financial resources that special interests can bring to other countries.

Empires have had a long and ugly history. Because of technology, economics, and ideology new techniques of empire have been added to the old. The struggle against all empires must continue.

2 Responses to Harry Targ : The Evolving Techniques of Empire