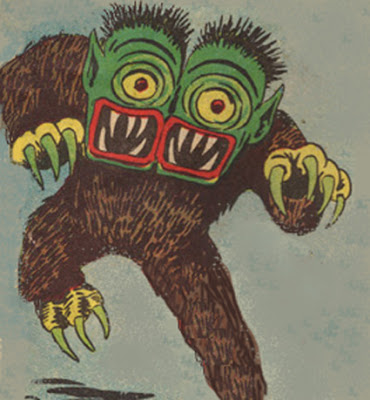 It became clear to the financiers that government regulations, social safety nets, and public institutions of all kinds had become impediments to the free flow of money capital.

Common threads run throughout America’s history from the revolution to 2011. Class and race are particularly enduring features of the life of the nation. Perhaps we need to examine our history and contemporary plight using class analysis and the fundamental interconnections of class and race to better understand why American society is in crisis today and what can be done about it.

First, it is undeniable that America is a class society. The dominant class owns the factories, the businesses, the entertainment and information industries, and the financial institutions that control investment, trade, debt, and speculation. As the capitalist economy has changed, the ruling class has changed also. But in each historical period the ruling class has acted on the basis of its interests and ideology. Since the 1970s, the economic ruling class, while diverse, has been dominated by finance capital.

Second, it is important to remember that concentrated economic wealth is usually complemented by centralized political power. In our own day, for example, Wall Street financial interests dominate the political process. In the increasingly desperate pursuit of increased rates of profit since the 1970s, financiers have been pressuring political elites to institutionalize policies that cut government programs, deregulate the economy, reduce workers rights, and shift societal wealth from the poor and working people to the wealthy. The deal being brokered to “solve the deficit ceiling” problem is the most current of examples.

Third, set against the economic ruling class in every age is a broad array of sectors of the working class, some employed, some not, who have little wealth and power. During exceptional periods they rise up angry, challenge myths about what the economy needs, and demand policies to further the shift of wealth from the few to the many. Since the 1980s, with brief exceptional periods, wealth and income has shifted more to the few.

This model of an economic ruling class and a vast working class is largely an accurate framework for understanding American history, from the revolution of 1776 to the deficit crisis of 2011. But the model needs to be refined based upon the particular interests, organizations, economic activities, and ideologies of the two basic classes, the ruling class and the working class.

For example, even within the two classes there are “fractions” or segments that do not share precisely the interests of other fractions within the class. For example, since the 1970s, more and more wealth has been invested in finance and less and less in manufacturing and agriculture, the traditional backbones of a capitalist economy.

It became clear to the financiers that government regulations, social safety nets, and public institutions of all kinds had become impediments to the free flow of money capital. Thus we saw the dawn of the Reagan “revolution,” which consisted of policies designed to replace the New Deal policies of mixed government and the private sector that favored manufacturing and workers in industry.

Over the last 30 years, the United States economy, and more or less all of the wealthy capitalist economies, have shifted their priorities to making money via financial speculation. Government has helped by adopting free market, market fundamentalist, and what people around the world call neoliberal economic policies. Introduced selectively during the presidency of Jimmy Carter and promoted full blown in the Reagan era, United States economic policy has been driven by the downsizing of government (except the military) and deregulation.

The current context is made even more complicated by the so-called Tea Party. The Tea Party was created by a small fraction of the wealthy economic class and sectors of the monopoly controlled media. Its membership consists of a vast array of disenchanted, alienated increasingly marginalized business and professional elites who claim to be motivated by the need to challenge intrusive government. While it has its roots in fractions of the economic ruling class it has used its resources to appeal to a base of supporters from the working class.

Many Tea Party activists have used the historic and institutionalized racism in the United States as a tool to expand their support. Tea Party enthusiasts have made it clear that their real motivation is to destabilize and destroy the United States government which happens to be led by the first African-American president.

Senator Mitch McConnell, in a desperate attempt to co-opt this political fraction, spoke frankly when he declared that the number one priority of the Republican Party is to insure that Barack Obama is a one-term president. This simple and frank declaration parallels the constant racist stereotypes of Obama that find their way into mainstream media and are staples of Fox News, and the reactionary radio chorus. And to generalize, the Tea Party and much of the Republican Party express their racism against Islamic and Latino targets as well.

Furthermore, the racist ideology that is just below the surface of political discourse has escalated as the gaps in wealth and income between whites and people of color have expanded over the last 30 years. In fact, the assault on government programs, and the vast majority of workers, has been at the same time an assault on African Americans, Latinos, and all other so-called minorities, who by 2050 will be the new majority of Americans.

In short, the deficit struggle may be seen as a conflict between two fractions of the economic elite, represented by most of their Democratic and Republican allies, over the shape of the neoliberal policies to be adopted as public policy AND the Tea Party political fraction, from the ruling and working class, who are driven as much by racism as by any idea of doing what is best for the economy.

The ideology of racism used by some of those who promote the neoliberal agenda is paralleled by the real maldistribution of wealth and income that has been exacerbated in recent years and will be a centerpiece of any deficit reduction deal in the future.

But as Marx said, all history is the history of class struggle. The working class, varied as it has been over time, continues to resist the efforts of the wealthy and powerful to appropriate more and more of society’s resources. In fact, what may be called the Progressive Majority is a coalition of workers, women, people of color, environmentalists, health care activists, and others who will refuse to accept neoliberal and Tea Party policies. For them the struggle is not over. It is just beginning.

In some ways, the impending deficit deal that leaders of the two political parties are consummating clarifies the task the progressive majority faces. The American Dilemma of 2011 requires mobilizing on two interconnected fronts.

First, progressives must adopt a campaign to increase government support for the vast majority of Americans and to do so by taxing the rich. In other words, progressives must say “no” to neo-liberalism. Second, progressives must incorporate a 21st century anti-racism platform in their economic program. Demographically, people of color will constitute a majority of the voting age population by 2050, a disquieting realization for Tea Party supporters and their neoliberal representatives who want to return to an era of Jim Crow economically and politically.

A useful guide for this progressive agenda is The People’s Budget proposed recently by the Congressional Progressive Caucus which calls for a massive jobs program, the construction of a fairer and more equitable tax system, real health care reform, tax reforms to safeguard the social security trust fund, and dramatic cuts to military spending. The People’s Budget clearly would address issues of government spending by shifting to policies of fairness that benefit the vast majority of the country’s population.

So the task of the progressive majority is clear whatever final form the deficit compromise takes. Joe Hill is still right: “Don’t Mourn, Organize!”