Harry Targ : The War on Afghanistan is Our Biggest Fantasy 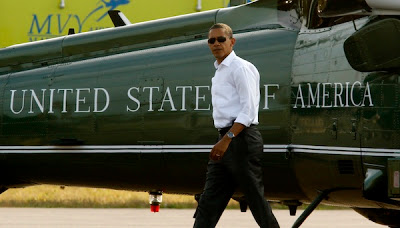 Image from Reuters.
The war on Afghanistan:
Our longest war and biggest fantasy

On May Day 2012 President Obama made a secret trip to Afghanistan and spoke to the nation and the troops on the ground about past, present, and future policy. What the speech revealed was a replication of a 10-year fantasy narrative about why we went to war on Afghanistan, what our goals were, and what the future holds in the region for the United States and, most important, the Afghan people.

The President announced he was signing an agreement between the two countries which will define “a new kind of relationship” in which Afghans will assume primary responsibility for their security and “we build an equal partnership between two sovereign states.” The future of this relationship will be bright as “the war ends, and a new chapter begins.”

The President explained that President Bush correctly launched a war on Afghanistan in October 2001, because the country allowed terrorist leader Osama Bin Laden an al Qaeda “safe-haven” for terrorist planning and attacks, ultimately leading to the tragedy of 9/11. While Bin Laden escaped to Pakistan, the U.S. continued fighting the Taliban who have “waged a brutal insurgency.”

Subsequently, he claimed, using the dehumanized language of violence-prone discourse, the U.S. military has “taken out over 20 of their top leaders” including bin Laden himself. But the war continues. While the United States downsizes its troop commitments policy will include:

The speech reflects the classic pattern of U.S. military globalization coupled with tortured ahistorical fantasy narratives that have characterized policy since the end of World War II.

The President rationalized a 10-year war on a nation in which terrorists resided because Afghan leaders refused to hand over alleged perpetrators without some evidence of the connection between them and 9/11.

Also, the initial narrative, reflected in the President’s speech last week, conflated the al Qaeda terrorists with the so-called Taliban. The Taliban ruled Afghanistan in the 1990s with support from the United States. Some of these Afghan government officials had been recipients of military aid in the 1980s when they fought against the regime in Kabul that was allied with the former Soviet Union.

Neither Bush nor Obama has ever explained to the public who our enemy is. Has al Qaeda been clearly defined? What political, ethnic, and regional constituencies do the Taliban come from? Do we know much about the political forces in Afghanistan the Karzai regime represents?

Is the president correct to suggest that the United States and the Karzai government are winning the hearts and minds of the people outside Kabul, despite consistently negative reports to the contrary in the media?

Along with not telling us who the enemy is and why they are the enemy, neither Bush nor Obama has described how many of them there are, where they are located, how they are connected in a presumed worldwide network, and, most basically, how we know that a worldwide network of terrorists really exists.

Recently released documents from the bin Laden compound suggest that while he wanted to promote terrorist attacks on the United States there was a communications disconnect between the alleged worldwide terrorist leader and various related organizations around the world.

Mother Jones reported on its website on May 4 devastating statistics concerning the U.S war on Afghanistan since 2001. These included costs for military operations since 2001 of $443.3 billion; an estimated cost per soldier in country in 2011 of $694,000; 1,507 U.S. soldiers killed in action and 15,560 wounded. Also U.S military spending has doubled since 2000.

And between 2004-2112 there have been 296 drone attacks in Afghanistan and Pakistan; 17 percent of those killed were not affiliated with targeted enemies. And the number of civilians killed in Afghanistan between 2006 and 2011 totaled 12,793.

Former Senator J. William Fulbright, chair of the Senate Foreign Relations Committee, was interviewed in the Vietnam documentary Hearts and Minds about why he turned against the war in Vietnam in 1965. His friend, President Lyndon Johnson, dramatically escalated U.S. military action in Vietnam, with Congressional approval, after the Gulf of Tonkin incident allegedly occurred.

Johnson claimed that the North Vietnamese engaged in unprovoked attacks on two U.S. naval vessels in international waters on August 2 and 4, 1964. Johnson used these claims to get Congressional approval of military escalation in Vietnam.

Fulbright said in the documentary that, “We always hesitate in public to use the dirty word lie, but a lie is a lie. It is a misrepresentation of fact. It is supposed to be a criminal act if it’s done under oath. Mr. Johnson didn’t say it under oath. He just said it. We don’t usually have the president under oath.”

The war on Afghanistan since October 2001 has been a lie and U.S troops, the Afghan people, and all those who could have been served by a more just allocation of our national treasure have been victims of this lie.

There are many reasons to support President Obama’s reelection. However, the peace movement must increase its attack on U.S. policy toward Afghanistan, as the U.S. continues to repeat the mistakes of the past.

1 Response to Harry Targ : The War on Afghanistan is Our Biggest Fantasy