Harry Targ :
What to make of the elections – and what we should do next

Progressives must engage in education, agitation, and organization around social and economic justice issues while fighting the politics of fear. 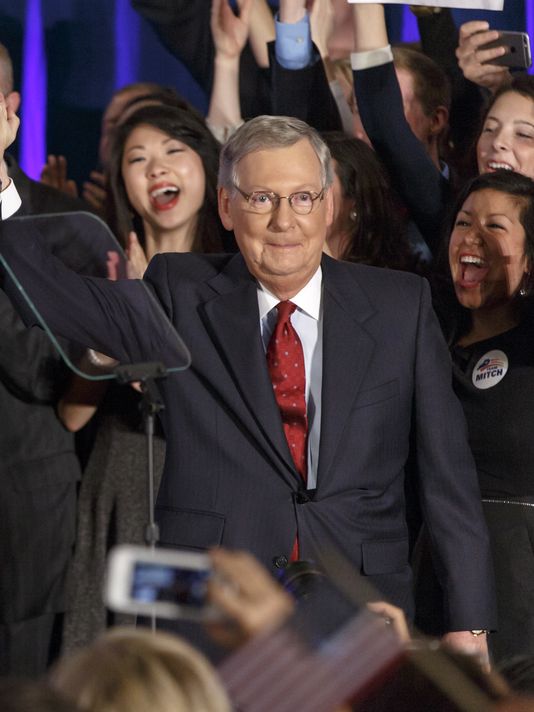 I am looking at exit poll data and, as in prior election seasons, more Democratic votes came from the young, women, African Americans, Latinos, voters with post-graduate degrees and educational levels at or below high school, and low income citizens. This national polling data comports with results from many individual Congressional and state races. These groups of voters (or comparable groups of non-voters) will stay the same or increase as a percentage of potential voters in 2016 and beyond.

This data speaks to the necessary expansion of electoral and “street heat” strategies that prioritize several issues. Progressives need to continue to combat racism and sexism in all its forms. This translates into reversing voter suppression laws and other tactics to stifle voting, renewing the Voting Rights Act, pursuing equal pay for equal work legislation, opening the doors for citizenship to all migrants to the United States.

In addition, support for an expanded economic populist agenda is central to any progressive historical change. Candidates for public office should be pressured to support living wage legislation at the national and state levels, expand on worker rights to form unions, a green jobs agenda, revising the Affordable Care Act into a single payer system, and federal legislation (paralleling the United Nations Declaration of Human Rights) guaranteeing every worker the right to a job.

A program of social and economic justice should be basic to every candidacy in 2016.

This program of social and economic justice should be basic to every candidacy at the federal and state levels in 2016. To advocate for such programs, movements inside and outside the electoral arena should spend the next two years engaging in education, agitation, and organization.

In addition to struggles over concrete policies, progressives should engage more vigorously in ideological struggle. In general, this means addressing racism as a central undercurrent in American political culture: research and education that documents the centrality of the racialization of the 2014 election would inform discussion in the weeks ahead.

Also, a centerpiece of American political history, paralleling and sometimes overlapping with racism, is the politics of fear. The sources of fear in the past have included racial and ethnic others, foreigners, and communists. This election season fear was generated by half-truths about terrorists, particularly from the Islamic State of Iraq and Syria (ISIS), an invasion of Central American children, and a mysterious contagious disease traveling from Africa to the United States.

The politics of fear must be challenged, not accommodated.

The politics of fear must be challenged, not accommodated, introducing a politics of reason. That is progressives should demand that candidates address real issues rationally, demonstrate arguments using data, and to the contrary avoid simplistic sound bites. The people who need to be motivated should be treated with respect, including assuming that they understand their self-interest and can be convinced by compelling arguments.

Finally, campaigns opposing big money in politics need to continue. This includes the only short-term challenge to big money that has any chance of electoral success; that is organizing masses of people. In addition to increasing the struggles to build multi-issue mass campaigns, progressives can avail themselves of a multitude of media projects: alternative radio and television, free distribution newspapers, blogs, websites, and Facebook networks, as well as organizing study circles on college campuses, in senior centers, community centers, and public libraries.

I feel this morning the way I felt the day after Ronald Reagan was elected president. While the Reagan presidency institutionalized a neoliberal economic agenda that has shaped the national and global economy ever since, we also witnessed in the subsequent years the largest rally in United States history against nuclear weapons, a vibrant Central America solidarity movement, an anti-NAFTA campaign that almost defeated the passage of the treaty in Congress, various huge mobilizations against wars in Afghanistan and Iraq, and the election of the first African-American president in United States history.

Joe Hill was correct when he urged his comrades, “don’t mourn, organize.”

1 Response to Harry Targ :
What to make of the elections – and what we should do next