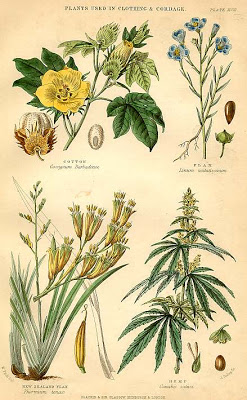 If the upcoming pot legalization ballot in California were decided by hemp farmers like George Washington and Thomas Jefferson, it would be no contest. For purely economic reasons, if you told the Constitutional Convention in 1787 that the nation they were founding would someday make hemp illegal, they would have laughed you out of the room.

If California legalizes pot, it will save the state millions in avoided legal and imprisonment costs, while raising it millions in taxes.

But with legal marijuana will come legal hemp. That will open up the Golden State to a multi-billion-dollar crop that has been a staple of human agriculture for thousands of years, and that could save the farms of thousands of American families.

Hemp is currently legal in Canada, Germany, Holland, Rumania, Japan, and China, among many other countries. It is illegal here largely because of marijuana prohibition. Ask any sane person why HEMP is illegal and you will get a blank stare.

For paper, clothing, textiles, rope, sails, fuel, and food, hemp has been a core crop since the founding of ancient China, India, and Arabia. It’s easy to plant, grow, and harvest, and farmers — including Washington and Jefferson — have sung its praises throughout history. It was the number one or two cash crop on virtually all American family farms from the colonial era on.

If the American Farm Bureaus and Farmers Unions were truly serving their constituents, they would be pushing hard for legal pot so that its far more profitable (but essentially unsmokable) cousin could again bring prosperity to American farmers.

Hemp may be the real reason marijuana is illegal. In the 1930s, the Hearst family set out to protect their vast timber holdings, much of which were being used to make paper.

But hemp produces five times as much paper per acre as do trees. Hemp paper is stronger and easier to make. The Declaration of Independence was written on hemp paper, and one of Benjamin Franklin’s primary paper mills ran on it.

But the Hearsts used their newspapers to incite enough reefer madness to get marijuana banned in 1937. With that ban came complex laws that killed off the growing of hemp. The ecological devastation that’s followed with continued use of trees for paper has been epic.

As canvas, hemp has long been essential for shoes, clothing, rope, sails, textiles, building materials and much more. It’s far more durable than cotton and ecologically benign compared to virtually any other industrial crop. Hemp needs no pesticides, herbicides or chemical fertilizers, and can grow well without much water.

Hemp’s use for rope was so critical to the U.S. war effort that in the 1940s, the U.S. military lifted the bans and blanketed virtually the entire state of Kansas with it. The War Department’s “Hemp for Victory” is the core film on how to grow it.

Henry Ford produced an entire automobile made from hemp fiber stiffened with resin. Like the original diesel engine, it was designed to run on hemp fuel .

Powder from hemp seeds is extremely high in protein and in omega-3 oils, now mostly gotten from fish.

Hemp could be key to the future of bio-fuels. Growing food crops like corn and soy to make ethanol and diesel is extremely inefficient and expensive. They force hungry people to compete with cars for fuel.

Fast-growing hemp stalks and leaves are well-suited for cheap fermentation into ethanol, and for compression into fuel pellets. The seeds produce a bio-diesel that’s far superior to what comes from soy.

Alcohol, tobacco, pharmaceutical, and law enforcement/prison-industrial industries — not to mention entrenched narco-terrorists — are leading the fight against legal pot.

But the industrial production of hemp would also transform the industries for paper, cotton, textiles, plastics, fuel, fish oi, and more. The economic, ecological, and employment benefits would be incalculable.

When Californians go to the polls November 2, they may end a marijuana prohibition that’s had devastating impacts on states’ public health and civil liberties, while costing it billions.

They’ll also decide whether California — and, ultimately, the U.S. — will resume production of history’s most powerful, versatile, and profitable industrial crop, one ultimately certain to be worth far more than marijuana.

One that was essential to this nation’s founding — and that could be central to its economic, ecological, and agricultural revival. 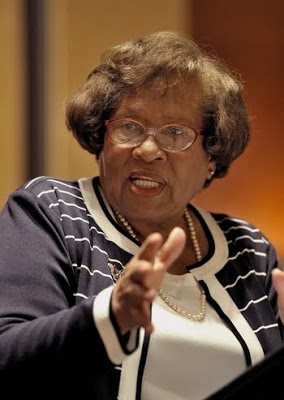 The trend-setting state of California is voting next month on a ballot initiative to legalize pot, also known as Proposition 19. The measure would legalize recreational use in the state, though federal officials have said they would continue to enforce drug laws in California if the initiative is approved.

“What I think is horrible about all of this, is that we criminalize young people. And we use so many of our excellent resources … for things that aren’t really causing any problems,” said Elders. “It’s not a toxic substance.”

Supporters of California’s Prop. 19 say it would raise revenue and cut the cost of enforcement, while opponents point to drug’s harmful side-effects….

2 Responses to Harvey Wasserman : Hemp Is no Paper Tiger