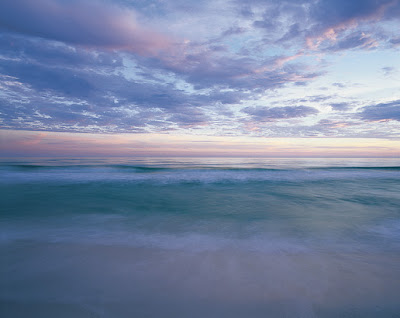 Before the Spill: Gulf of Mexico, 2009, from Destin, Florida. Photo ©2009 Mark Meyer.
While our military rots in the wrong gulf:
BP blows an apocalyptic gusher

See ‘Ripple in still water, ‘ haiku by Richard Lee, Below.

As you read this, the life of our bodies, nation, and planet is being blown out a corporate hole in the Gulf of Mexico and into a BP Dead Zone of no return.

The apocalyptic gusher of oily poison pouring into the waters that give us life can only be viewed — FELT — by each and every one of us as an on-going death by a thousand cuts with no end in sight.

Yet our government — allegedly the embodiment of our collective will to survive — has done NOTHING of significance to fight this mass murder. Not one meaningful thing.

As it did while New Orleans drowned downstream from a willfully neglected levee system, our most potentially effective counterforce dithers on the other side of the world, in the wrong Gulf.

We squander our treasure on the largest conglomeration of people and weapons the world has ever seen. It’s bloated with hardware designed specifically to destroy and kill. Hundreds of thousands of Americans sit on our dime in more than a hundred countries, rotting in the outposts of a bygone empire.

Why aren’t they in the Gulf of Mexico, fighting for our truest “national security”?

The depth and scope of this catastrophe is impossible to grasp because it is just beginning. The entire Gulf, the west coast of Florida, the Everglades, the east coast of Florida and all the way up, wherever the currents go… they are all at risk.

This is the most lethal single attack on the life of this nation since December 7, 1941. It is a time that will live only in infamy.

The moment it happened, a sane president, a functional government, a society worthy of survival, would have marshaled every mobile resource available and moved it down to the Gulf.

Except by hitting a nuclear power plant and rendering this all radioactive, no terrorist could dream of igniting the kind of havoc now destroying our most vital, precious and irreplaceable resources.

Our mass media should be filled with stirring images of a focused, determined President mobilizing all available assets to curb the damage. Instead, Barack Obama defends offshore drilling and endorses the resumption of whaling — if this underwater gusher actually leaves any alive. It is a suicidal tribute to the power of corporate ownership.

Instead of a seeing a Gulf population deputized and mobilized to fight for survival, we are subjected to a loathsome trio of corporate stooges — apparently named Larry, Curly and Moe — blaming each other for the catastrophe. They should all be clamped into orange jumpsuits and locked onto a clean-up vessel.

Thus far the only armies officially mobilized are of the corporate PR departments and ubiquitous lawyers savoring the gusher of billable hours sure to stretch through the decades.

Our collective non-response to this cataclysmic reality now includes the introduction of a pathetic “climate bill,” concocted by another woeful trio, in service to the very corporations that have brought us this lethal gusher.

This bill will do nothing to solve this particular problem. Nor will it address the root cause of our addiction to obsolete and suicidal fossil and nuclear fuels at a time when the clean, cheap renewable alternatives are readily available. It is, in short, Beyond Tragic.

Make no mistake: in our lifetime, the Gulf will not recover. Nor will our species.

There are no corners of the Earth that we can pollute without poisoning it all… and our own bodies. We cannot squander our resources on killing people on the other side of the Earth while leaving ourselves to be destroyed by the mayhem at home.

Either our species learns this lesson, and acts on it — NOW! — or we do not survive. 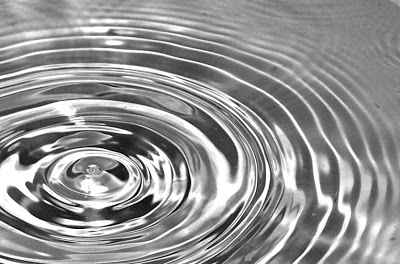