Harvey Wasserman : Why Stewart Brand is Wrong on Nukes 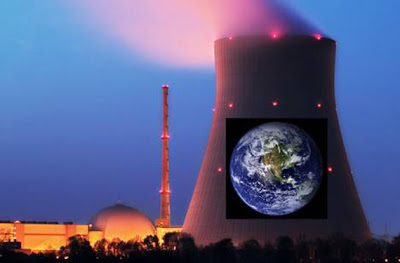 Stewart Brand has become a poster boy for a “nuclear renaissance” that has just suffered a quiet but stunning defeat. Despite $645 million spent in lobbying over the past decade, the reactor industry has thus far failed to gouge out major new taxpayer funding for new commercial reactors.

In an exceedingly complex series of twists and turns, no legislation now pending in Congress contains firm commitments to the tens of billions reactor builders have been demanding. They could still come by the end of the session. But the radioactive cake walk many expected the industry to take through the budget process has thus far failed to happen.

In support of this failed 20th Century technology, the industry has enlisted a 20th Century retro-hero, Stewart Brand. Back in the 1960s Brand published the Whole Earth Catalog. Four decades later, that cachet has brought him media access for his advocacy of corporate technologies like genetically modified foods and geo-engineering… and, of course, nuclear energy.

In response to a cover interview in Marin County’s Pacific Sun, I wrote the following to explain why Stewart is wrong wrong wrong:

Stewart Brand now seems to equate “science” with a tragic and dangerous corporate agenda. The technologies for which he argues — nuclear power, “clean” coal, genetically modified crops, etc. — can be very profitable for big corporations, but carry huge risks for the rest of us. In too many instances, tangible damage has already been done, and more is clearly threatened.

If there is a warning light for what Stewart advocates, it is the Deepwater Horizon disaster, which much of the oil industry said (like Three Mile Island and Chernobyl) was “impossible.” Then it happened. The $75 million liability limit protecting BP should be ample warning that any technology with a legal liability limit (like nuclear power) cannot be tolerated.

Thankfully, there is good news: We have true green alternatives to these failed 20th-century ideas. They’re cheaper, safer, cleaner, more reliable, and more job-producing than the old ways Stewart advocates.

Stewart and I have never met. But we have debated on the radio and online. Thank you, Pacific Sun, for bringing us to print.

Stewart’s advocacy does fit a pattern. He appears to have become a paladin for large-scale corporate technologies that may be highly profitable to CEOs and shareholders, but are beyond the control of the average citizen, and work to our detriment. Because he makes so many simple but costly errors, let’s try a laundry list: 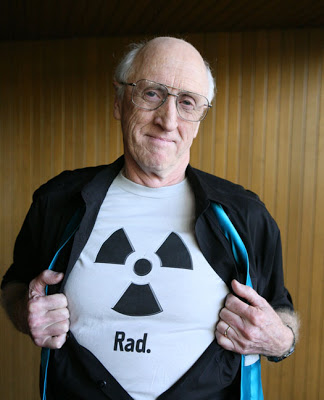 The reinvented Stewart Brand. Photo by Marla Aufmuth / TED.
Stewart is certainly welcome to his own opinions. But not to his own facts. Pushing for a nuclear “renaissance” concedes that it’s a Dark Age technology, defined by unsustainable costs, inefficiencies, danger, eco-destruction, radiation releases, lack of insurance, uncertain decommissioning costs, vulnerability to terrorism, and much more.

That the industry must desperately seek taxpayer help, and cannot find insurance for even this “newer, safer” generation, is the ultimate testimony to its failure. By contrast, renewables and efficiency are booming, and are a practical solution to our energy needs, which the corporate clunkers of the previous century simply cannot provide.

It’s been a long time since the Whole Earth Catalog was published. Its hallowed founder should wake up to the booming holistic green technologies that are poised to save the Earth. They are ready to roll over the obsolete corporate boondoggles that are killing Her. Chernobyl, Three Mile Island, the disasters in the coal mines and the Gulf remind us we need to make that green-powered transition as fast as we possibly can.

[Harvey Wasserman, an early co-founder of the grassroots “No Nukes” movement, is senior adviser to Greenpeace USA, and author of Solartopia! Our Green-Powered Earth.]

1 Response to Harvey Wasserman : Why Stewart Brand is Wrong on Nukes