HEALTH CARE : Depressed? Try An Anti-depressant and Get Really Depressed 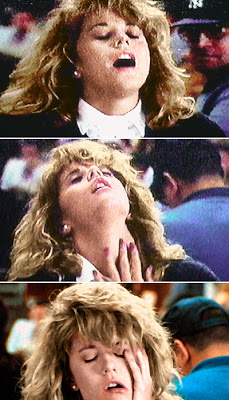 Not to worry though. Another story of the day is about how a research study shows that if women taking Paxil are experiencing a rotten sex life, the solution is to take Viagra. A wonderful deal for Pfizer which just happens to manufacture both drugs. Ain’t chemistry wonderful!!!

Worst Side Effect Ever: The ‘Pleasureless Orgasm’

File this one under “Why isn’t this on the front page?!” It’s a natural audience-grabber that actually has some proper science behind it:

SSRI antidepressants — such as Paxil, Lexapro, Zoloft, Luvox and Prozac — have rates of “decreased libido, delayed orgasm, anorgasmia, erectile dysfunction, and difficulties with arousal, of between 36 and 70%,” according to a new study.

First reported on the excellent (but badly named) psychiatry blog “Clinical Psychology and Psychiatry: A Closer Look,” the study is a comprehensive review of sexual side effects triggered by selective serotonin re-uptake inhibitors. (That’s happy pills, for us lay-folk.)

One of the worst side effects, seemingly designed by the devil himself, is the “pleasureless orgasm.” The condition goes hand in hand with “genital anaesthesia” (meaning “can’t feel anything,” presumably).

Let’s do a little math: According to Scientific American, close to 10% of Americans are on antidepressants. Let’s make it easy and say that’s 30 million of 300 million yanks. Of those, possibly 23 million are walking around in a state of sexual frustration. And they have partners — so that’s somewhere in the neighborhood of a possible 46 million of us who are inexplicably tetchy and bad tempered on most days. (Yes, I know that some of them will be dating each other — but you can see my point.)