Health Care : ‘I Was Sick and Ye Visited Me’ 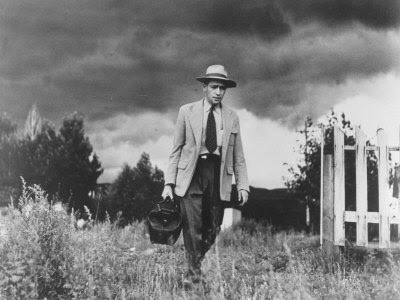 Here we are in 21st Century America and health care must be rationed out to the population by money-driven insurance companies. Here, we have rationed medical care predetermined by one’s ability to buy insurance.

From The Gospel of Matthew:

34 Then shall the King say unto them on his right hand, Come, ye blessed of my Father, inherit the kingdom prepared for you from the foundation of the world: 35 For I was hungered, and ye gave meat; I was thirsty, and ye gave me drink: I was a stranger, and ye took me in; 36 Naked, and ye clothed me; I was sick and ye visited me; I was in prison, and ye came unto me. 37 Then shall the righteous answer him, saying. Lord, when saw we thee hungered, and fed thee? or thirsty, and gave thee drink? 38 When we saw the a stranger, and took thee in? or naked, and clothed thee? 39 Or when saw thee sick, or in prison, and came unto thee? 40 And the King shall answer and say unto them, verily I say unto you, Inasmuch as ye have done it unto one of the least of these my brethren, ye have done it unto me.

As anyone with a fundamental knowledge of history knows, the original hospital care was given in the medieval hospitals by various orders of nuns, such as at the Hotel Dieu or the Groupe Hospitalier Pitie-Salpetriere in Paris. Here the traveler, the victim of the plague, the wounded and infirm were taken care of without consideration of cost or reimbursement by the good sisters at frequently great physical cost to themselves.

However, here we are in 21st Century America and health care must be rationed out to the population by money-driven insurance companies. Here, we have rationed medical care predetermined by one’s ability to buy insurance. Now Sen. Max Baucus and his ilk would turn over a national health program to these insurance companies that have produced in the United States some of the least desirable health care in the world. Thus, is not only horrid, rationed health care perpetuated but much of the cost will be shifted to the taxpayer.

The hypocrisy of the proponents of turning over universal health care to the insurance industry is boundless. They tell us that the purchase of health insurance should be mandated by the government. Their arguments here are absurd. After all, the highest object of medicine is to heal victims of disease, not to destroy them and their families. Studies indicate that medical bills were a factor in 23% of home foreclosures. This suggests that some 1.5 million households are at risk of losing their homes each year due to high costs of medical care. Health care costs have been rising 6% yearly. Families now spend on an average $13,000 for their insurance. Thus medical debt is a central factor in bankruptcy. Last year more than five million people lost their jobs and their health coverage right along with it, and we are now in danger of adding to the 47 million who already lack insurance.

An excellent example of this is described in an article by Kate Michelman from The Nation, posted on Common Dreams. Mrs. Michelman vividly describes the destruction of a middle class life by inadvertent, unexpected medical bills. This could happen to any of us.

Sen Baucus’s plan, which envisions the government mandated purchase of health insurance by all, akin to the failing Massachusetts health plan, may indeed be unconstitutional as I have noted in earlier columns. The insurance lobby assures us that “insurance” will be available to the less fortunate at less cost. Of course this is pure and simple folderol. We get what we pay for. If some slicker tells you that they can get insurance at $400 per month with coverage comparable to insurance costing $2,000 he is a blooming idiot. Of course the $2,000 insurance is all inclusive; however, for $400 the policy will note, in small print, no doubt, that the “beneficiary” must pay the first $5,000 per person insured before the coverage kicks in. He/she must also pay a co-payment of 30% on each doctor’s visit, X-ray etc. And the insurance company beneficently has assured the Senator that they will not turn patients down for pre-existing conditions!

However, beware, for they may provide a policy for a diabetic, but, in fine print, it will note that they will not pay for “diabetic complications,” i.e. blindness, kidney failure, neuropathy, etc. These folks who sell the insurance, and who underwrite many of our elected officials (mostly Republicans, but many Democrats) are out to make money, not to dally around with true, universal health care. Don’t miss the exposé on this subject by Monica Sanchez in the April 3, 2009, Campaign For America’s Future.

Unfortunately, true single payer, universal health care is being ignored or played down by the media. Not even the progressive commentators on MSNBC weeknights mention it. A recent program on PBS’ Frontline about health care in the United States failed to mention single payer universal care (as envisioned by Physicians for a National Health Program). The show was entitled “Sick around America.” Even the PBS ombudsman has sided with the PBS critic who noted the lack of balance in the presentation. One would anticipate that the mainstream media will never give decent coverage to single payer, universal care because of fear of losing their advertisers in the insurance and pharmaceutical industries.

Not only does the MSM suppress information, but television is now being saturated with inaccurate information. Richard Scott, a free market advocate, a wealthy health care executive, a GOP donor, and former owner of The Hospital Corporation of America. Scott is investing $20 million in an effort to deny decent health care to our citizens. We who desire health care in the United States that is comparable in excellence to that provided in the rest of the Free World have hardly made a dent in informing the public. The Manufacturers Association, the Chamber of Commerce and other groups are spending $200 million to fight the Employees Free Choice Act with propaganda that reeks of lies and deceit. See more discussion of this here.

Among the approximately 65% of Americans who desire single payer universal care are unions, civic organizations, academics, and a few religious groups, but where are all of those “Christians” who rail against using a fertilized ovum for research, in an effort to eliminate disease, instead of flushing it down a drain? Why are these people not speaking up and demonstrating for adequate medical care for the poor and disadvantaged? Why are they not expressing concern about our high rate of fetal mortality in the United States, or the fact that millions of our children go to bed hungry each night?

Of course our entire system of medical care is broken and needs to be fixed. One positive idea being suggested is the electronic exchange of medical data. People also propose more extensive preventive medicine, which is great, but proponents of this approach suggest that it is a solution to the problem. These are great ideas, but neither is a substitute for bedside care by an empathetic physician. See Ellen Goodman’s excellent column, “Put ‘care’ in healthcare,” from the April 3, 2009, Boston Globe.

If we are to provide affordable, universal health care we must cut costs. First let us start with Medicare and do away with Medicare Advantage, revise the Medicare Part D Prescription Act and eliminate the billion dollar giveaway to the insurance and pharmaceutical industries. The rampant fraud must be closely investigated and stopped. We must look as well at the industries that provide medical appliances to the medicare patient — their advertising costs must be tremendous and are passed on to the Medicare carriers.

Forty percent of what we pay for prescription drugs goes for marketing costs (to say nothing of the pharmaceutical executives’ salaries). We should do like the rest of the civilized world and ban television advertising for drugs. In the little bit that I watch TV it seems that every other ad is for some medication. And why? The viewer does not buy the drugs directly, and no self respecting, honest, conscientious physician will order a medication merely because it appears on the Idiot Box. The collusion of the drug companies and the academic researchers must be reviewed; as well as the pharmaceutical companies’ sub rosa payments to certain physicians. And, again, we can’t ignore the baksheesh paid by the pharmaceutical industries to our elected representatives.

The government must also take a very hard look at the “nonprofits.” Here we are talking about insurance companies, nursing homes, assisted living situations, not about charities such as the Salvation Army or the Red Cross. We are discussing the tax-exempt businesses that pay excellent six figure or more salaries to their executives, do not have stockholders, but advertise extensively, give grants to symphony orchestras and the like, and buy executive boxes as sporting events for their “guests.”

We must also give some thought to our “fee for service” method of paying our physicians. Nearly every autumn the question arises concerning whether Medicare should cut fees to the “primary physicians,” i.e. internists and family physicians. Why???? The United States has many fewer primary care doctors than any other country in the western world. We need to pay them and train many more of them. This I have discussed in earlier articles. Unhappily, since the insurance industry has made medicine into a business rather than a profession, it seems that money has become the driving force. One calls a physician for advice, and unlike during my practice days, 1950-1990, the physician frequently does not respond to the call but delegates the task to a nurse or PA. I had a partner for many years, a diabetologist, who had a phone hour at home every evening from 6-7 p.m., Monday through Friday, during which time he answered his patients’ queries, discussed diets, etc.

Finally, the example of X and Y. Both want to be doctors. Both take premedical studies for four years. Both attend medical school for four years. Then they decide on a speciality. X goes into endocrinology, Y goes into cardiac surgery. Both spend 4-5 years as interns or residents. Now the zinger! The cardiac surgeon has ten times the income of the endocrinologist. Why? Glamour, working with his hands? Why? The average layman will say, “but Y is saving lives in the operating room!”. Yet X stays up all night with a child in diabetic coma, and saves his life.

Where, I ask is the difference, except for practice and custom? Note as well that several of our more famous clinics in the United States pay by the hour, years of service, ability to write medical articles, rather than by specialty. One more place to look at cost and arrive at a fair and equitable salary, and thus, hopefully, increase our supply of primary physicians.

4 Responses to Health Care : ‘I Was Sick and Ye Visited Me’