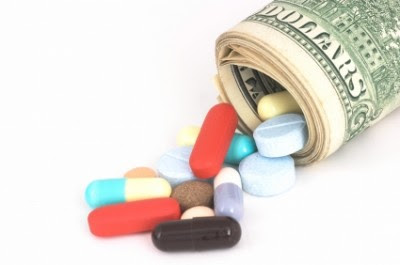 Best health care in the world?
A sad state of affairs

It is not only unfortunate that the health insurance industry plays on the fears of the elderly, but also that the Republican Party has become complicit in the deceit.

If anyone is still under the illusion that the United States has “the best health care in the world” they should check out a recent incident in the Aria Health Hospital in Philadelphia.Under investigation is the death of one Joaquin Rivera, a musician and high school counselor, who lay on the floor of the hospital’s waiting area for 50 minutes after losing consciousness and appearing to quit breathing.

The investigating officer reported that surveillance tapes showed Rivera going to the check-in window twice in 11 minutes complaining of chest pain before losing consciousness. While he was unconscious someone stole his watch! The thief was the only person shown on security video approaching the man after he clutched his chest and lost consciousness.

Aria Health Care is a for-profit hospital which is part of a conglomerate including Aria Home Health Care based in Dallas, Aria Colonic Hydrotherapy Clinics, Aria Breast Health Programs, Aria Physical and Occupational Therapy Clinics, and a provider of medical and nutritional supplies. The Philadelphia hospital is widely advertised as a resource for joint replacements, which is of special interest because of the investigation into and prosecution of joint replacement manufacturers for collusion with orthopedic surgeons throughout the nation, in some cases for using substandard appliances.

Meanwhile, have you seen the recent television advertising by the Humana HMOs? The ads are directed at the elderly, encouraging them to sign up for the Medicare Prescription Plan, but appear to be aimed at getting them to enroll in Humana’s Medicare Advantage program. Humana is a corporation that manages private hospitals and is a major player in the Medicare Advantage business. The sad reality is that the majority of the elderly who enroll in Medicare Advantage do not realize that they are forfeiting the protection of the government Medicare program and consigning themselves to the tender care of the private health insurance industry. The con game has always been a feature of American society!

For another example of the “best health care in the world,” read Michael J. Klag’s article in the magazine of the Johns Hopkins Bloomberg School of Public Health. Klag writes: “I have to find a new doctor. Last month, my primary care physician wrote me a letter. He said he was leaving private practice. He’s an outstanding physician — a doctor’s doctor who I’ve known since he was a medical student. His reason for closing up shop? The sheer frustration of getting paid by private insurance companies.”

I can understand the decision by Michael Klag’s physician, who would appear to be a conscientious and honorable gentleman and an excellent doctor.

There is a very interesting exposition on health care in the December 12 New Yorker Magazine, by Jill Lepore, entitled “Pre-Existing Condition.” The author begins: “‘At present the United States has the unenviable distinction of being the only great industrial nation without compulsory health insurance,’ the Yale economist Irving Fisher said in a speech in December. December of 1916, that is. More than nine decades ago, Fisher thought that universal health care coverage was just around the corner. ‘Within another six months it will be a burning question’ he predicted.”

Nearly a century after Irving Fisher’s discussion, our wise men/women in the Senate and House are continuing their health care kabuki dance. As we have noted in prior articles, since President Obama would not even consider universal/single payer health care — Medicare for all — the central issue revolves around including a true, unfettered, unencumbered public option in any legislation.

And this appears more and more unlikely as our more forward-looking representatives compromise time and time again with the Republicans and the Blue Dogs. By the time revisions and compromises are finally totaled up, the entire enterprise may once again be consigned to the dust heap of history. Robert Reich has addressed this in his usual lucid style in his blog: “Harry Reid, and What Happened to the Public Option?”

If Congress passes a bill without a “robust” public option while at the same time requires compulsory health insurance for all, the upshot will be the subsidization of the health insurance industry by the taxpayer. We will be passing the burden of health care costs to the illiterate and the poor. H. L. Mencken said: “Congress consists of one-third, more or less, scoundrels, two-thirds, more or less, idiots; and three-thirds, more or less, poltroons.” He also said: “Democracy is the art of running the circus from the monkey cage.”

Yet, this is very serious, as the public still has only a vague idea of what is transpiring in the debate. The mainstream media gives extensive accounts of Senator McCain’s rants about the legislation cutting Medicare benefits — when in fact it is not designed to cut payments to the elderly, but to eliminate waste such as the Medicare Advantage Plans and the terribly conceived Medicare Drug Plan — and to do away with the outright theft of Medicare funds by criminal elements establishing medical supply and orthopedic supply outlets. (This issue was discussed on CBS’ 60 Minutes several weeks ago.) It is not only unfortunate that the health insurance industry plays on the fears of the elderly, but also that the Republican Party has become complicit in the deceit.

As the Senate debate continues we watch the drug makers raise drug prices in anticipation of reform. The November 16 New York Times reported that the industry has raised the wholesale price of brand name prescription drugs by about 9%. This will add more than $10 billion to the nation’s drug bill, which is already on track to exceed $300 billion this year. According to at least one analysis, it is the highest annual rate of inflation for drug prices since 1992. This flies in the face of the Consumer Price Index, which has fallen 1.3% in the last year.

The President was promised by the pharmaceutical industry, through his discussions with Billy Tauzin, that they would shave only $8 billion a year off the nation’s drug costs after the legislation takes effect! The United States has the highest drug prices in the industrialized world, and is one of two nations that permit the advertising of prescription drugs on TV. I rarely watch television but last week I watched an hour-long program and 50% of the commercials were for pharmaceutical companies. Imagine the cost — which in turn is passed on to the person getting a prescription filled.

An example, noted in The Times, is the cost of Singulair, an asthma medication produced by Merck, which now sells the 10 mg pills at a wholesale price of $1330 a year, $147 more than last year. Other brand name prescription drugs have seen a price increase from $2000 a year to $2200 per year. Unhappily brand name drugs account for 78% of the market. Why? Do the patients demand the drugs they see on TV and are then accommodated by physicians too busy to explain that generics, when available, are just as effective? Or are the physicians themselves influenced by the pharmaceutical industry? Or, for that matter, do physicians ignore information like that published in the New England Journal of Medicine reporting that Pfizer fudged it reports on studies of their epilepsy drug Neurontin and its use for off-label marketing practices.

We are faced what could be an even more difficult future as the Congress dallies regarding health care. The President commits the nation to an ongoing “war” in Afghanistan with poorly documented reasons for doing so and further burdening the citizens with an unconscionable national debt, originally run up by President Bush with his fruadulent war in Iraq, with money borrowed from China.

The most frightening aspect of all is the lack of knowledge and the lack of concern on the part of the American public, fed by the lackeys of the corporate interests that dominate our society.