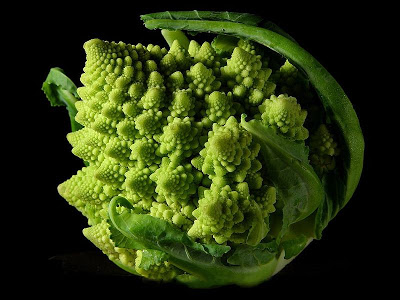 The reason the United States now ranks 40th in longevity in the world is our massive subsidies of junk food, according to Public health officials. Here’s what real food can do for health.

Just a few more portions of broccoli each week may protect men from prostate cancer, British researchers reported on Wednesday.

The researchers believe a chemical in the food sparks hundreds of genetic changes, activating some genes that fight cancer and switching off others that fuel tumors, said Richard Mithen, a biologist at Britain’s Institute of Food Research.

There is plenty of evidence linking a healthy diet rich in fruits and vegetables to reduced cancer risk. But the study published in the Public Library of Science journal PLoS One is the first human trial investigating the potential biological mechanism at work, Mithen added in a telephone interview.

“Everybody says eat your vegetables but nobody can tell us why,” said Mithen, who led the study. “Our study shows why vegetables are good.”

Prostate is the second-leading cancer killer of men after lung cancer. Each year, some 680,000 men worldwide are diagnosed with the disease and about 220,000 will die from it.

Mithen and colleagues split into two groups 24 men with pre-cancerous lesions that increase prostate cancer risk and had them eat four extra servings of either broccoli or peas each week for a year.

The researchers also took tissue samples over the course of the study and found that men who ate broccoli showed hundreds of changes in genes known to play a role in fighting cancer.

The benefit would likely be the same in other cruciferous vegetables that contain a compound called isothiocyanate, including brussel sprouts, cauliflower, cabbage, rocket or arugula, watercress and horse radish, they added.

Broccoli, however, has a particularly powerful type of the compound called sulforaphane, which the researchers think gives the green vegetable an extra cancer-fighting kick, Mithen said.

“When people get cancer some genes are switched off and some are switched on,” he said. “What broccoli seems to be doing is switching on genes which prevent cancer developing and switching off other ones that help it spread.”

The broccoli eaters showed about 400 to 500 of the positive genetic changes with men carrying a gene called GSTM1 enjoying the most benefit. About half the population have the gene, Mithen said.

The researchers did not track the men long enough to see who got cancer but said the findings bolster the idea that just a few more vegetable portions each week can make a big difference.

It is also likely that these vegetables work the same way in other parts of the body and probably protect people against a whole range of cancers, Mithen added.

“You don’t need a huge change in your diet,” he said. “Just a few more portions makes a big difference.”

2 Responses to HEALTH : Eat Your Veggies!