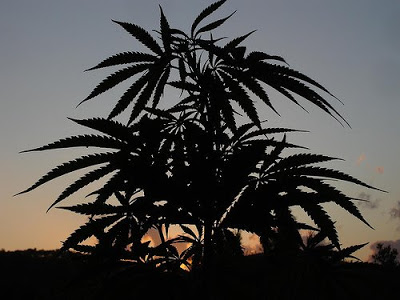 A cannabinoid receptor lying on the surface of cells may help suppress colorectal cancer, say U.S. researchers. When the receptor is turned off, tumor growth is switched on.

Cannabinoids are compounds related to the tetrahydrocannabinol (THC) found in the cannabis plant.

It’s already known that the receptor, CB1, plays a role in relieving pain and nausea, elevating mood and stimulating appetite by serving as a docking station for the cannabinoid group of signaling molecules. This study suggests that CB1 may offer a new path for cancer prevention or treatment.

“We’ve found that CB1 expression is lost in most colorectal cancers, and when that happens, a cancer-promoting protein is free to inhibit cell death,” senior author Dr. Raymond Dubois, provost and executive vice president of the University of Texas M.D. Anderson Cancer Center, said in a university news release.

In their study of human colorectal tumor specimens, the researchers also found that the drug decitabine can restore CB1 expression.

In addition, mice that are prone to developing intestinal tumors and also have functioning CB1 receptors developed fewer and smaller tumors when treated with a drug that mimics a cannabinoid receptor ligand, the researchers found. Ligands are molecules that function by binding to specific receptors.

“Potential application of cannabinoids as anti-tumor drugs is an exciting prospect, because cannabinoid agonists (synthetic molecules that mimic the action of natural molecules) are being evaluated now to treat the side effects of chemotherapy and radiation therapy,” DuBois said. “Turning CB1 back on and than treating with a cannabinoid agonist could provide a new approach to colorectal cancer treatment or prevention.”

The study was published in the Aug. 1 issue of the journal Cancer Research.

Thanks to Harry Anderson / The Rag Blog