Hirschhorn Asks: ‘Are We Cowardly?’ 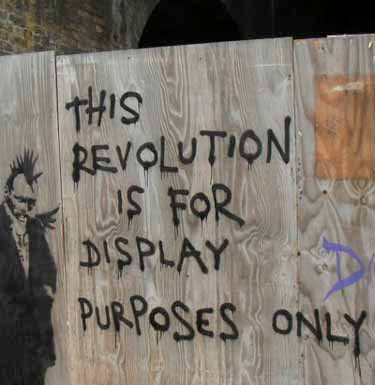 When I read a recent article on public protests in Latvia I kept asking myself: Why do strong and sometimes violent public protests in democratic European countries often produce government and policy changes, while Americans feeling anger and disgust with their government keep thinking that only their votes in the next election can deliver desired change?

The lead in The New York Times article was: “Violent protests over political grievances and mounting economic woes shook the Latvian capital, Riga, late Tuesday, leaving around 25 people injured and leading to 106 arrests.” Riots broke out after some 10,000 people gathered in the capital’s main public square. As the Times reported, “Several hundred protesters lingered after most of the crowd had left and started throwing snowballs and cobblestones at government buildings.” Why have Americans not pursued such actions? Do we fear police reactions far more terrible than Europeans do? Are we cowardly? Or have we lost all hope that politicians will take such public protests seriously?

Dealing with an awful economy, just like in the U.S. and elsewhere, the Latvian president acknowledged that public trust in their government had “collapsed catastrophically.” He openly promised major actions to appease the public. Though he denounced the violence, he acknowledged that “we must do the things that are demanded by the public.”

It seemed to me that public opinion polls in the U.S. over many months in 2008 had documented that Americans had also reached the same point, with positive ratings for Congress and president at historic low levels.

Yet, while Latvians immediately heard about capitulations from their government, Americans heard nothing but lame defenses from theirs, and they poured their money into campaign contributions and bubbled with enthusiasm because they believed the campaign promises of Barack Obama (and to a far lesser extent John McCain) and the congressional candidates for whom they voted. How strange that in the country that was formed through violent rebellion, citizens have shown no taste whatsoever for the kind of violent public protests seen repeatedly in countries like France, Greece, and other European nations.

A likely explanation is that the parliamentary systems in Europe have far more ability to be responsive to public anger, while Americans have been conditioned to believe that only through the next election can they expect new government policies. Indeed, a main reaction of the Latvian president was to talk about dissolving parliament and even supporting a constitutional amendment to give citizens the right to dissolve parliament.

Here in the U.S., citizens have few opportunities for direct democracy. In a few states voters can recall governors. In many places voters can use ballot measures and initiatives to make laws or amend state constitutions. But by and large Americans have become docile, obedient victims of a two-party plutocracy that can obviously flush the country into the toilet through corruption of public officials and no effective government control of the private sector in the public interest. If there was ever a time in American history when there was maximum justification for violent rebellion against the federal government it was during the presidency of George W. Bush. Yet despite an unjust war that drained the economy of its money and killed thousands of its citizen, and despite a Congress that failed to impeach what surely was an evil and incompetent executive branch, and despite obvious violations of our Constitution, and despite public policies that promoted economic inequality and created a path to economic disaster — despite all this and more — Americans showed no signs whatsoever of rising up in open rebellion.

No — instead, millions of Americans gave their hard-earned dollars to political campaigns and kept believing all the political rhetoric telling them that by voting they could get “change.” So, I keep asking myself: Why do Europeans seem a whole lot smarter and cynical? Why do they still believe — as the early revolutionaries in colonial America believed — that by openly and violently rebelling in the streets they can obtain better government?

Where is the American rebellion I and other true patriotic dissidents have been waiting for? If not during the worst presidency in American history, during totally inept congressional behavior, including plunging the nation into amazing debt, and during the worst economic collapse since the Great Depression, then when? True, we have stable government. But have we paid far too great a price for stability, because all we have is a delusional democracy that gave us delusional prosperity?

Americans have something important to learn from Latvians.

[Joel S. Hirschhorn was formerly a full professor at the University of Wisconsin, Madison, and senior staffer at the Congressional Office of Technology Assessment and the National Governors Association. He now writes about politics and government, and is the author of Delusional Democracy: Fixing the Republic Without Overthrowing the Government and Sprawl Kills: How Blandburbs Steal Your Time, Health And Money.]