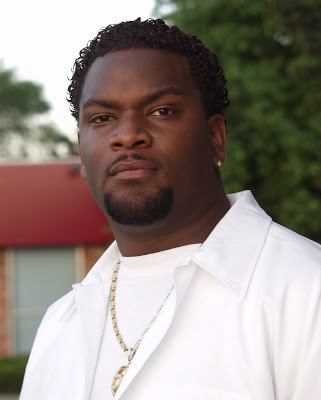 “He goes both ways. Either way he’s gay. Ain’t no other way to say, he’s a f**king faggot so I’m lettin’ off my AK. Bust ’em in his forehead. He ain’t worth lettin’ live. A man and man shouldn’t raise another man’s kids!“

Homophobic HipHop artist Trick Trick is on a multi-city tour of Texas this week, with stops in Houston, Dallas and Austin. [Trick Trick opens for Ice Cube at Austin’s Mohawk Sunday, Dec. 14.]

In an interview with AllHipHop.com , Trick Trick stated:

“I’ma go on the record right now with this. Homosexuals are probably not gonna like this album. I don’t want your faggot money any g**d*** way. I don’t like it [homosexuality]. Carry that sh*t somewhere else. It’s just that every time that you turn on the TV, that sissy sh*t is on…and they act like its f**king okay. The world is changing for the worst (sic) when sh*t like that happens. And I address that issue. I address it hard as hell.” [Asterisks not added by The Rag Blog.]

Free speech is free speech. Trick Trick has a right to make his own personal views about gay people heard. But, where is the line between free speech and inciting acts of violence?

“He goes both ways. Either way he’s gay. Ain’t no other way to say, he’s a f**king faggot so I’m lettin’ off my AK. Bust ’em in his forehead. He ain’t worth lettin’ live. A man and man shouldn’t raise another man’s kids!”

These lyrics are beyond reprehensible.

Trick Trick is the opening act for the popular Ice Cube. For its part, the Austin venue, The Mohawk, has issued the following statement on its website.

Although we are monster fans of Ice Cube and his records over the years, we personally do not support the views of his opening act, Trick Trick, when it comes to gay rights and more simply put, human rights. Openers generally come with the package on big events like this, and to be honest, we didnt even check this guy out until last week. He is clearly an idiot.

At the Mohawk, as it always has been, and will always be a policy of ALL ARE WELCOME. This includes geeks, politicians, homosexuals, heterosexuals, teachers, students, hipsters, punks, freaks, squares, bankers, lawyers, artists, metal heads, moms, dads, sons and daughters…and yes…sometimes even assholes like Trick Trick. I don’t think he will feel too welcome at this event though, and I hope he doesn’t. His personal statements are counter to the culture that has developed at the Mohawk, so my guess is he will be there for the electricity on stage, get heckled, and leave.

As you know, as a music venue, we can’t get in the business of policing free speech or projecting our personal religious or political beliefs on shows because we would probably have to cancel half of what is booked if we really looked into certain lyrics, records, etc. Essentially, everything we know about great music is that it comes from the freedom to scream, yell, speak your mind, and sometimes…piss people off. We don’t like or agree with everything we hear, but we love the fact that this country allows everyone to speak freely and without abandon. It is that ideal that makes music great.

With that said, as a live music venue we don’t believe in censorship…but as individuals, we feel like Trick Trick crosses a very important line and it’s not OK with us. As for me, I will be showing up when the headliner begins and not before.

AS FOR ICE CUBE…WE FRIGGIN LOVE THAT KID AND ARE STOKED TO SEE HIM ON OUR STAGE.

Thanks to Equality Texas.