Hope This Makes You Breathe Easier 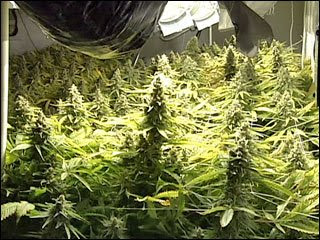 The Greatest Story Never Told:
Study Says Smoking Pot Doesn’t Cause Cancer — It May Prevent It!
By Fred Gardner / May 4, 2008

The story summarized by that headline ran in O’Shaughnessy’s (Autumn 2005), CounterPunch, and the Anderson Valley Advertiser. Did we win Pulitzers, dude? No, the story was ignored or buried by the corporate media. It didn’t even make the “Project Censored” list of under-reported stories for 2005. “We were even censored by Project Censored,” said Tod Mikuriya, who liked his shot of wry.

It’s not that the subject is trivial. One in three Americans will be afflicted with cancer, we are told by the government (as if it’s our immutable fate and somehow acceptable). Cancer is the second leading cause of death in the U.S. and lung cancer the leading killer among cancers. You’d think it would have been very big news when UCLA medical school professor Donald Tashkin revealed that components of marijuana smoke -although they damage cells in respiratory tissue- somehow prevent them from becoming malignant. In other words, something in marijuana exerts an anti-cancer effect.

Tashkin reviewed his findings April 4 at a conference organized by “Patients Out of Time,” a reform group devoted to educating doctors and the public (as opposed to lobbying politicians). Some 30 MDs and nurses got continuing medical education credits for attending.

The National Institute on Drug Abuse supported Tashkin’s marijuana-related research over the decades and readily gave him a grant to conduct a large, population-based, case-controlled study that would prove definitively that heavy, long-term marijuana use increases the risk of lung and upper-airways cancers. What Tashkin and his colleagues found, however, disproved their hypothesis. (Tashkin is to marijuana as a cause of lung cancer what Hans Blick is to Iraq’s weapons of mass destruction -an honest investigator who set out to find something, concluded that it wasn’t there, and reported his results.)

Tashkin’s team interviewed 1,212 cancer patients from the Los Angeles County Cancer Surveillance program, matched for age, gender, and neighborhood with 1,040 cancer-free controls. Marijuana use was measured in “joint years” (number of years smoked times number of joints per day). It turned out that increased marijuana use did not result in higher rates of lung and pharyngeal cancer (whereas tobacco smokers were at greater risk the more they smoked). Tobacco smokers who also smoked marijuana were at slightly lower risk of getting lung cancer than tobacco-only smokers.

These findings were not deemed worthy of publication in “NIDA Notes.” Tashkin reported them at the 2005 meeting of the International Cannabinoid Research Society and they were published in the October 2006 issue of Cancer Epidemiology Biomarkers & Prevention. Without a press release from NIDA calling attention to its significance, the assignment editors of America had no idea that “Marijuana Use and the Risk of Lung and Upper Aerodigestive Tract Cancers: Results of a Population-Based Case-Control Study” by Mia Hashibe1, Hal Morgenstern, Yan Cui, Donald P. Tashkin, Zuo-Feng Zhang, Wendy Cozen, Thomas M. Mack and Sander Greenland was a blockbuster story.

Read all of it here. / CounterPunch

This entry was posted in RagBlog and tagged Drugs, Medicine, Science. Bookmark the permalink.

3 Responses to Hope This Makes You Breathe Easier