Hot Damn! Marijuana in the News

Yes friends and neighbors, who would have thunk it, but marijuana prohibition may just be entering its final days. Three items in the news:

First, AG Eric Holder tells us that the raids on medical marijuana are now history. This from GottaLaugh at The Political Carnival.

Now we have a definitive, undazed, unconfused statement:

In a little-noticed remark Wednesday, Obama Attorney General Eric Holder said that the Justice Department will no longer raid medical marijuana dispensaries established under state laws but technically prohibited by the federal government.

The decision marks a shift from the Bush Administration, which was more draconian in its approach to hunting those who sought to dispense marijuana for medical purposes.

Speaking at a press conference on Feb 25 with DEA Administrator Michele Leonhart [see Video above], and reiterating a position made by the White House following DEA raids in California on February 4, U.S. Attorney General Eric Holder told reporters that ending federal raids on medical marijuana dispensaries “is now American policy.” The Attorney General’s comments are the latest sign of a sea change in federal policy that prohibits the use of medical cannabis in the thirteen states that have enacted such laws.

Easing suffering: What a socialist, pinko commie, hippie, America-hating thing to do.

And, Andrew Sullivan in The Daily Dish chuckles about a CNBC graphic showing the pot by the numbers. 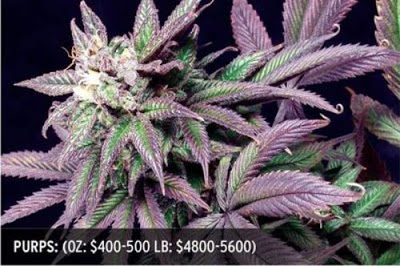 Time was: these were B-movie jokes. Now, they’re
serious economic measurements. As this depression leads to greater and greater questioning of this era’s Prohibition of a substance far less toxic and socially disruptive than alcohol, economists are beginning to assess the fiscal benefits of decriminalizing marijuana, especially for medical uses. And, to be frank, I’ve never seen anything so beautiful on CNBC.

And David Hamilton passes along the following about marijuana as economic savior:

Will Legalizing Pot Save California from its Cash Crunch?
By Bruce Mirken / February 27, 2009

California state Assemblyman Tom Ammiano (D-San Francisco) has announced the introduction of legislation to tax and regulate marijuana in a manner similar to alcoholic beverages. The bill, the first of its kind ever introduced in California, would create a regulatory structure similar to that used for beer, wine, and liquor, permitting taxed sales to adults while barring sales to or possession by those under 21.

Estimates based on federal government statistics have shown marijuana to be California’s top cash crop, valued at approximately $14 billion in 2006 — nearly twice the combined value of the state’s number two and three crops, vegetables ($5.7 billion) and grapes ($2.6 billion) — in spite of massive “eradication” efforts that wipe out an average of nearly 36,000 cultivation sites per year without making a dent in this underground industry.

Ammiano introduced the measure at a San Francisco press conference this morning, saying, “With the state in the midst of an historic economic crisis, the move towards regulating and taxing marijuana is simply common sense. This legislation would generate much needed revenue for the state, restrict access to only those over 21, end the environmental damage to our public lands from illicit crops, and improve public safety by redirecting law enforcement efforts to more serious crimes,” said Ammiano. “California has the opportunity to be the first state in the nation to enact a smart, responsible public policy for the control and regulation of marijuana.”

“It is simply nonsensical that California’s largest agricultural industry is completely unregulated and untaxed,” said Marijuana Policy Project California policy director Aaron Smith, who also spoke at the news conference. “With our state in an ongoing fiscal crisis — and no one believes the new budget is the end of California’s financial woes — it’s time to bring this major piece of our economy into the light of day.”

Independent experts from around the world, from President Nixon’s National Commission on Marijuana and Drug Abuse in 1972 to a Canadian Senate special committee in 2002, have long contended that criminalizing marijuana users makes little sense, given that marijuana is less addictive, much less toxic, and far less likely to induce aggression or violence than alcohol. For example, in an article in the December 2008 Canadian Journal of Psychiatry, Australian researcher Stephen Kisely noted that “penalties bear little relation to the actual harm associated with cannabis.”

[Bruce Mirken is communications director for the Marijuana Policy Project.]

3 Responses to Hot Damn! Marijuana in the News