How Much of the Official 911 Story Is Really True?

With ongoing revelations like these, we cannot be surprised at the continuing influence the 9-11 truth folks have, and are gaining. My suspicious little mind begins to wonder if the REASON the authorities obfuscated and bullshitted from the get-go was not only to cover their own asses (the prime directive of bureaucrats and make-work artists the world over) but maybe… on some level… somewhere… just so people like Alex Jones would gain credibility….. And I’M ONE OF THE RATIONAL PEOPLE!!! 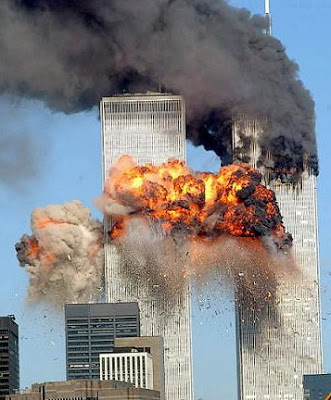 Now, before you get your panties in a bunch, this is about a new book, titled “The Ground Truth: The Story Behind America’s Defense on 9/11.”

And before you get all outraged (The FAQ! The FAQ!), here is the author of the book, John Farmer:

John Farmer served as Senior Counsel to the 9/11 Commission, where his areas of responsibility included assessing the national response to the terrorist attacks and evaluating the current state of national preparedness for terrorist attacks and natural disasters, he also served as attorney general of New Jersey (1999-2002), as chief counsel to Governor Whitman, and as a federal prosecutor. He recently served as a subject matter/rule of law expert on security to the special envoy for Middle East regional security. He is currently a partner of a New Jersey law form and an adjunct professor of national security law at Rutgers University Law School. His editorials and articles have appeared in The New York Times and elsewhere.

And my diary title are the words of Farmer’s publisher, Houghton Mifflin.

I wrote a couple of nights ago, here — “9/11 Commission Report — Info Obtained Through Torture” — as to how much of what was published in the 9/11 Commission report was obtained through torture, and is therefore completely without credibility.

Well, it gets worse.

The above described James Farmer has just come out with his new book. It was released April 14. I have not read it (I just heard about it maybe ten minutes ago) and it is difficult to find any reviews of it by any mainstream book reviewers (gee, what a surprise!).

But according to the publisher, it’s quite a bombshell:

As of the 9/11 Commission’s one of the primary authors report, John Farmer is proud of his and his colleagues’ work. Yet he came away from the experience convinced that there was a further story to be told, one he was uniquely qualified to write.

Now that story can be told. Tape recordings, transcripts, and contemporaneous records that had been classified have since been declassified, and the inspector general’s investigations of government conduct have been completed. Drawing on his knowledge of those sources, as well as his years as an attorney in public and private practice, Farmer reconstructs the truth of what happened on that fateful day and the disastrous circumstances that allowed it: the institutionalized disconnect between what those on the ground knew and what those in power did. He reveals — terrifyingly and illuminatingly — the key moments in the years, months, weeks, and days that preceded the attacks, then descends almost in real time through the attacks themselves, revealing them as they have never before been seen.

Ultimately Farmer builds the inescapably convincing case that the official version not only is almost entirely untrue but serves to create a false impression of order and security. The ground truth that Farmer captures tells a very different story — a story that is doomed to be repeated unless the systemic failures he reveals are confronted and remedied.

So let me just repeat that to let it sink in …. The official story is “almost entirely untrue.” So what IS true? Hell if I know.

And check this out:

Farmer himself states that “at some level of the government, at some point in time … there was an agreement not to tell the truth about what happened.”

So let’s let that sink in …. there was an agreement not to tell the truth about what happened.

In August 2006, the Washington Post reported, “Some staff members and commissioners of the Sept. 11 panel concluded that the Pentagon’s initial story of how it reacted to the 2001 terrorist attacks may have been part of a deliberate effort to mislead the commission and the public rather than a reflection of the fog of events on that day, according to sources involved in the debate.”

The report revealed how the 10-member commission deeply suspected deception to the point where they considered referring the matter to the Justice Department for criminal investigation.

“We to this day don’t know why NORAD told us what they told us,” said Thomas H. Kean, the former New Jersey Republican governor who led the commission. “It was just so far from the truth. . . . It’s one of those loose ends that never got tied.

Wow. Let’s go to that Washington Post story now, shall we?

For more than two years after the attacks, officials with NORAD and the FAA provided inaccurate information about the response to the hijackings in testimony and media appearances. Authorities suggested that U.S. air defenses had reacted quickly, that jets had been scrambled in response to the last two hijackings and that fighters were prepared to shoot down United Airlines Flight 93 if it threatened Washington.

In fact, the commission reported a year later, audiotapes from NORAD’s Northeast headquarters and other evidence showed clearly that the military never had any of the hijacked airliners in its sights and at one point chased a phantom aircraft — American Airlines Flight 11 — long after it had crashed into the World Trade Center.

Maj. Gen. Larry Arnold and Col. Alan Scott told the commission that NORAD had begun tracking United 93 at 9:16 a.m., but the commission determined that the airliner was not hijacked until 12 minutes later. The military was not aware of the flight until after it had crashed in Pennsylvania.

These and other discrepancies did not become clear until the commission, forced to use subpoenas, obtained audiotapes from the FAA and NORAD, officials said. The agencies’ reluctance to release the tapes — along with e-mails, erroneous public statements and other evidence — led some of the panel’s staff members and commissioners to believe that authorities sought to mislead the commission and the public about what happened on Sept. 11.

Farmer was quoted in this story as well. And according to the one review I did find:

Make no mistake, Farmer is not saying that 9/11 was an inside job …

I’m sure I’ll get flamed by a lot of people who don’t even read that quote. But whatever.

Like I said, I haven’t read the book myself, seeing as I just found out about it. But it sure looks interesting.

Sure would be nice to find out what really happened that day. And left wondering HOW such a monumentally huge fuck-up, at every level imaginable, both during the attacks, and after, and during the investigation that followed, could have possibly happened in this country. And why people were tortured to deliberately give false information that could be used in a report everybody knew was bogus anyway.

And why we are now involved in two wars, both unnecessary and without end …

And why we’re being lied to about it all, to this day.

1 Response to How Much of the Official 911 Story Is Really True?