How Will the Crash of 2008 Impact the Elderly? 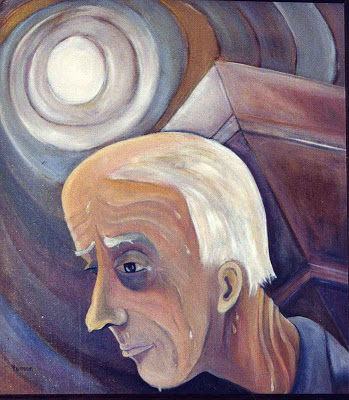 One of the most frightening aftereffects of the crash of 2008 will be the impact on the elderly, a subject, by-in-large, as yet unaddressed. More frightening still is the fact that in my talking to the elderly regarding the upcoming election is the fact that the response that I hear most frequently is, “I will vote for Senator McCain, he is old enough to appreciate the problems of the elderly.” The disconnect and absence of information is frightening to say the least, in view of the fact that little time remains until election day.

I am myself 87 years old, practiced medicine for 40 years and after retirement worked part time at the V.A. and at St. Paul’s Free Clinic. While at the former, before the Bush administration started their budgetary cuts, I was impressed by the excellence of medical care provided by this single example of ‘socialized medicine’ in the United States. When I first approached the free clinic I anticipated so. These were good, solid, decent people in low paying jobs and unable to afford health insurance. An excellent example of our broken system of medical care in the United States.

Over the past 30 years I have noted the increasing tendency of the commercial interests in the nation to feed off of the elderly, knowing of course that many of these folks were ill informed or even worse misinformed. The advent of Social Security, Medicare, and pensions, whether employer provided, or IRA, gave the leeches a chance to attached to the bloodstream of the income of the elderly. Let us look at some of the examples….

The Nursing Home. These have proliferated like mad since approximately 1980. A recent U.S. Government report indicates that some 90% of these facilities show various deficiencies. There are two groups of nursing homes available. (1) Those sponsored by religious organizations, hereabouts Catholic, Presbyterian, Episcopalian, all of which were founded with good intentions in mind and providing first rate care. (2) The commercial establishments, many of which are large chains, established of course as business enterprises. As we all know a business is intended to make a profit for its management and stockholders. The costs for both groups are approximately $3000-$4000/month; however, objective surveys show that by-in-large better care is provided in the church sponsored homes. Quality control is largely a state matter, and of course is influenced in many instances by the relationship of the commercial management to state government. Did I say baksheesh?

Another booming industry in the past 20-25 years is The Retirement Home. These are of multiple origins. Some are unashamedly related to hotel chains and others masquerade as quasi-church related organizations, but are indeed independent ‘non-profit enterprises’. Finally, there are the bona-fide, openly, church related homes.

A word about “non-profits”. Talk to the average individual in a “non-profit” home and he/she has the idea that this is in some way related to a charitable organization, and is absolutely dumbfounded when informed that most ‘non-profits’ are tax exempt businesses that have a well-paid group of businessmen in control, and vary from a commercial business only in not having stock holders. A common ploy to entice residence is an offer to sell them an apartment, for say $120,000, refundable to the estate fully or in part, upon death of the tenant. Of course, and many folks are not aware of this, that under normal stock market conditions, that the individual loses, say, 6% interest on the money while the retirement home takes that interest as their own. (One wonders with the stock market crash how these deposits survived.) In addition the tenant pays $3000-$4000 a month maintenance fee, which includes dinner daily whether it is partaken of or not. Of course there are other fees for changing light bulbs, filling pill boxes, giving insulin injections, etc. In various states there is no legal requirement for intercom systems, auxiliary generators, or emergency notification in the event of power failures, etc.

Many of the commercial “homes” and a few of the excellent church-related homes require the ‘purchase’ of the apartment, and in house, or on-ground, facilities vary; however, the cost is still in the $3000-$4000 per month range. All of these situations have exploded in number with the advent of Medicare, Social Security, and the aforementioned plans. This burgeoning industry in much greater in the United States than in Western Europe, granted it varies by country, and government implicated Social Services are much more extensive. One can almost relate the creation of these institutes to the advent of “neo-Liberal” economics introduced in this country during the Reagan administration.

For some time Medicade provided a modicum of help to poor nursing home patients but this has been abbreviated by the Bush administration. Concurrently the Bush administration tried to privatize Social Security, and the Congress, in its one of its few brave confrontations, refused to accept the program. The Bush administration has been making a conscious effort to privatize Medicare by establishing the “Medicare Advantage Plans” which deplete the Medicvare Trust Fund by approximately 17% per enrollee per year. The Medicare, Part D, fiasco, establishing a bizarre and costly prescription plan for the elderly, and which was really a pay-off of billions of dollars to the pharmaceutical and insurance industries by the Republicans with Medicare funds. One notes of late that the co-payments have been reduced and prescriptions covered lessened by the insurers as the price of drugs has increased..

Now we must factor in the current economic crises’ effect on the elderly, to continue to pay these folks who have been by hook or by crook sharing their retirement incomes. It would appear that Social Security and Medicare, for the short term, are intact, and hopefully can be saved by an enlightened administration in Washington, free of the economic nonsense inherent in our society since 1970. Those living largely off of IRAs or 401Ks are in a more questionable position. Further, the McCain economic plan, in spite of the disaster of the past several weeks, still includes privatizing Social Security, and reducing Medicare payments by over 1.2 trillion dollars over the next 10 years. What will happen to the thousands of residents if their individual or corporate retirement accounts disappear into thin air?

When I hear the elderly supporting McCain I am reminded of the Greek myth of Erysichthon. If the older American supports McCain he is bringing on his own destruction. Why should an elderly man a professional politician, who has been consumed by self interest all his life, and who is worth millions of dollars, acquired by questionable connections, be interested in the old gentleman in a nursing home? There is a frightening disconnect here.

3 Responses to How Will the Crash of 2008 Impact the Elderly?