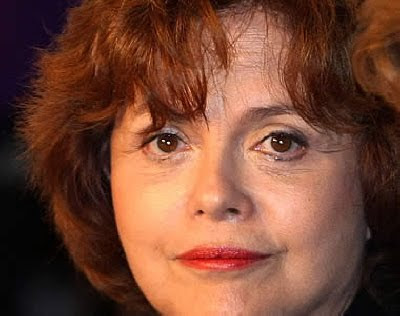 See ‘Female representation: A woman’s place… is in the government,’ Below.

The world’s most powerful woman will start coming into her own next weekend. Stocky and forceful at 63, this former leader of the resistance to a Western-backed military dictatorship (which tortured her) is preparing to take her place as President of Brazil.

As head of state, president Dilma Rousseff would outrank Angela Merkel, Germany’s Chancellor, and Hillary Clinton, the U.S. Secretary of State: her enormous country of 200 million people is reveling in its new oil wealth. Brazil’s growth rate, rivaling China’s, is one that Europe and Washington can only envy.

Her widely predicted victory in next Sunday’s presidential poll will be greeted with delight by millions. It marks the final demolition of the “national security state,” an arrangement that conservative governments in the U.S. and Europe once regarded as their best artifice for limiting democracy and reform. It maintained a rotten status quo that kept a vast majority in poverty in Latin America while favoring their rich friends.

Ms. Rousseff, the daughter of a Bulgarian immigrant to Brazil and his schoolteacher wife, has benefited from being, in effect, the prime minister of the immensely popular President Luiz Inacio Lula da Silva, the former union leader. But, with a record of determination and success (which includes appearing to have conquered lymphatic cancer), this wife, mother, and grandmother will be her own woman.

The polls say she has built up an unassailable lead — of more than 50 percent compared with less than 30 percent — over her nearest rival, an uninspiring man of the center called Jose Serra. Few doubt that she will be installed in the Alvorada presidential palace in Brasilia in January.

Like President Jose Mujica of Uruguay, Brazil’s neighbor, Ms Rousseff is unashamed of a past as an urban guerrilla which included battling the generals and spending time in jail as a political prisoner.

As a little girl growing up in the provincial city of Belo Horizonte, she says she dreamed successively of becoming a ballerina, a firefighter, and a trapeze artist. The nuns at her school took her class to the city’s poor area to show them the vast gaps between the middle-class minority and the vast majority of the poor. She remembers that when a young beggar with sad eyes came to her family’s door she tore a currency note in half to share with him, not knowing that half a banknote had no value.

Her father, Pedro, died when she was 14, but by then he had introduced her to the novels of Zola and Dostoevsky. After that, she and her siblings had to work hard with their mother to make ends meet. By 16 she was in POLOP (Workers’ Politics), a group outside the traditional Brazilian Communist Party that sought to bring socialism to those who knew little about it.

The generals seized power in 1964 and decreed a reign of terror to defend what they called “national security.” She joined secretive radical groups that saw nothing wrong with taking up arms against an illegitimate military regime. Besides cosseting the rich and crushing trade unions and the underclass, the generals censored the press, forbidding editors from leaving gaps in newspapers to show where news had been suppressed. 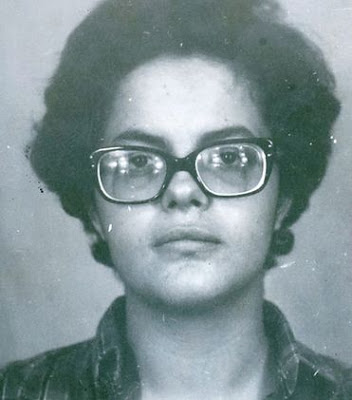 Dilma Rousseff in 1970 police mugshot. Photo from Reuters / The Independent, U.K.
Ms. Rousseff ended up in the clandestine VAR-Palmares (Palmares Armed Revolutionary Vanguard). In the 1960’s and 1970’s, members of such organizations seized foreign diplomats for ransom: a U.S. ambassador was swapped for a dozen political prisoners; a German ambassador was exchanged for 40 militants; a Swiss envoy swapped for 70. They also shot foreign torture experts sent to train the generals’ death squads.

Though she says she never used weapons, she was eventually rounded up and tortured by the secret police in Brazil’s equivalent to Abu Ghraib, the Tiradentes prison in Sao Paulo. She was given a 25-month sentence for “subversion” and freed after three years. Today she openly confesses to having “wanted to change the world.”

In 1973 she moved to the prosperous southern state of Rio Grande do Sul, where her second husband, Carlos Araujo, a lawyer, was finishing a four-year term as a political prisoner (her first marriage with a young left-winger, Claudio Galeno, had not survived the strains of two people being on the run in different cities). She went back to university, started working for the state government in 1975, and had a daughter, Paula.

In 1986, she was named finance chief of Porto Alegre, the state capital, where her political talents began to blossom. Yet the 1990s were bitter-sweet years for her. In 1993 she was named secretary of energy for the state, and pulled off the coup of vastly increasing power production, ensuring the state was spared the power cuts that plagued the rest of the country.

She had 1,000km of new electric power lines, new dams and thermal power stations built while persuading citizens to switch off the lights whenever they could. Her political star started shining brightly. But in 1994, after 24 years together, she separated from Mr Araujo, though apparently on good terms. At the same time she was torn between academic life and politics, but her attempt to gain a doctorate in social sciences failed in 1998.

In 2000 she threw her lot in with Lula and his Partido dos Trabalhadores, or Workers’ Party which set its sights successfully on combining economic growth with an attack on poverty. The two immediately hit it off and she became his first energy minister in 2003. Two years later he made her his chief of staff and has since backed her as his successor.

She has been by his side as Brazil has found vast new offshore oil deposits, aiding a leader whom many in the European and U.S. media were denouncing a decade ago as a extreme left-wing wrecker to pull 24 million Brazilians out of poverty. Lula stood by her in April last year as she was diagnosed with lymphatic cancer, a condition that was declared under control a year ago. Recent reports of financial irregularities among her staff do not seem to have damaged her popularity.

Ms Rousseff is likely to invite President Mujica of Uruguay to her inauguration in the New Year. President Evo Morales of Bolivia, President Hugo Chavez of Venezuela, and President Fernando Lugo of Paraguay — other successful South American leaders who have, like her, weathered merciless campaigns of denigration in the Western media — are also sure to be there. It will be a celebration of political decency — and feminism.

Female representation:
A woman’s place… is in the government

In recent years, female political representation has undergone significant growth, with dramatic changes occurring in unexpected corners of the globe. In some countries women are dominating cabinets and even parliamentary chambers. By comparison, the UK falls far behind, with only 22 per cent of seats in the Commons currently held by women.

Argentina: In 2009, women won 39 per cent of seats in the lower chamber and 47 per cent in the upper chamber.

Switzerland: Has a female-dominated cabinet for the first time. In 2007, women won 29 per cent of seats in the lower chamber.

Spain: Nine women compared with eight men in cabinet. In 2008, women won 37 per cent of seats in the lower chamber.

Norway: Equal numbers of men and women in the cabinet. Women won 40 per cent of seats in the lower chamber.

Netherlands: Three women and nine men in cabinet. In 2010, women won 41 per cent of seats in the lower chamber.

Thanks to David Holmes Morris / The Rag Blog