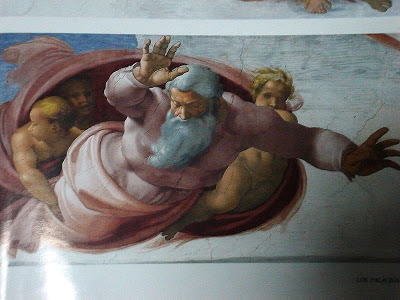 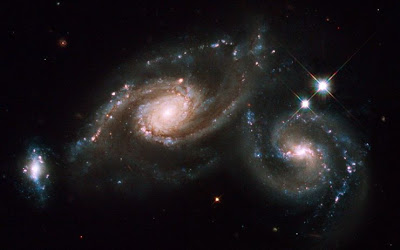 ‘Believe nothing, no matter where you read it, or who said it, no matter if I have said it, unless it agrees with your own reason and your own common sense,’ says the Buddha.

I was asked recently whether science is a religion. My answer: No, not at all, but some people treat it as if it were.

It is easy to contrast science and religion as two fundamentally different and incompatible ways of acquiring beliefs about the world. Science is based on empirical evidence. Religion, many say, is based on faith, which is belief without evidence. And empirical evidence is better than faith, so science is better than religion. In its extreme form, this account says that science is the only reliable way to knowledge, and religion is total bunk. End of story, and a fat fickle finger of fate to those deluded souls who still believe in the latter.

There are a couple of ways to acquire knowledge about the world. The most fundamental, which we all do from infancy onward, is to notice regularities in our experience of the world, devise strategies for dealing with them, and hone and revise our strategies as we get more experience.

Babies and small children are mighty learners, with huge curiosity and love of finding out new things and mastering new skills. If we are lucky, we retain that inquisitiveness throughout life. If not, if we succumb to the distresses of the adults around us and the rigidity of the schools we are forced to attend, we gradually lose our zest for learning.

This is not to say that paying attention to what adults tell us is bad. In fact, it is not only a necessary component of learning, but the other primary way we find out things. We listen to what others tell us about what they have learned from their experience of the world, and thereby avoid having to go through a lot of those experiences ourselves. Without culture, without shared learning, we would hardly be human.

And then we test what others have told us against our own experience, which is why paying attention to our experience is primary and listening to others is secondary, although certainly a very close second.

So here is the fundamental difference between science and religion at its worst: Science is a systematic way of checking what people say about reality. Religion at its worst is systematically believing others without checking. And the claim of the pro-science folks, of which I am one, is that the former is a far more reliable way of acquiring true beliefs than the latter.

The word “science” can mean two things: a method for acquiring knowledge and the sum of the knowledge thus acquired. I am talking about the first meaning, the scientific method, which consists of five steps:(1)

You don’t have to be a scientist in a laboratory to do this. The scientific method is just a formalized approach to everyday problem solving. For instance:

Carefully elaborate that procedure, put in stringent safeguards to isolate the variables so you are sure that you are measuring just what you want, and you have the scientific method. The strength of this approach is that it minimizes the influence of bias or prejudice. By getting others to replicate the experiments and document their results the process weeds out mistaken observations, overly-hasty conclusions, biased interpretations and the like.

The result is a model or representation of the world that is reliable, consistent, and non-arbitrary. In other words, it results in our best attempt at knowledge of the world, always recognizing that future findings might alter the model.

In the scientific method, what we take to be true is always provisional, subject to change based on further observation. Of course, some aspects of our knowledge have been confirmed so much that it would take quite a lot to dislodge them. But the point is that science does not give us theoretical certainty, only the practical certainty that comes from basing our actions on what we have found out and having our actions be successful in the world.

And that practical certainty has given us defense against disease, a secure supply of food, roads, bridges, electricity, indoor plumbing, the Internet, and all the other technological marvels that we enjoy today.

It is all based on public verifiability, on repeatable observation of facts that any competent observer can see. But what happens when the phenomena to be investigated are private, not public? What happens, to take an extreme case, when you see a burning bush and hear a voice that nobody else hears, and that voice tells you to do something well outside your comfort zone?

I have addressed this question before. Given a single numinous experience of this kind, there is no way to tell whether it is truthful or delusional. But given more than one of them, or given reports of others about similar experiences, or — most importantly — given your response to such an experience and the results of that response, you have some basis for belief. 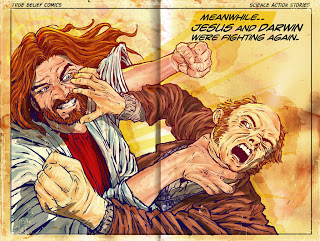 Image from Rahul’s Blog.
In other words, religion at its best bears some resemblance to science. The phenomena it concerns are not public in the same way that the subject matter of the physical sciences is. But they are subject to verification. There exist, for instance, quite detailed sets of instructions for meditative practices that produce altered experiential states. They are reliable, having been replicated many times over the centuries, and if you do the practices you too will experience those states.

The instructions carry with them conceptual frameworks for interpreting and understanding what you experience, including recommendations for how to conduct your life. If you live your life as recommended, you will experience the benefits, which typically include more peace, harmony, and happiness than before.

You can think of spiritual practice as a sort of experiment. You have to do the experiment to get the results, just as you do in the physical sciences. Unlike the physical sciences, the results are largely private, not public; but they are not unverifiable. You can talk to others about them. And some of the results — increased compassion and generosity, decreased anger and harshness toward others, for instance — are indeed observable by others.

The best religious teachers encourage a scientific attitude: “Believe nothing, no matter where you read it, or who said it, no matter if I have said it, unless it agrees with your own reason and your own common sense,” says the Buddha.(2)

That’s religion at its best. What about science at its worst? Just as many in the pro-science camp find fault with religion, many religionists find fault with science. Science, they fear, leaves out all the important things in life: meaning, value, personal freedom and responsibility, connection with a transcendent reality.

Science itself is not religion, it’s a method of investigation, but some people do make a religion out of it. We can call that religion “scientism” rather than science. Scientism asserts that public knowledge is the only real knowledge; that physical matter is all that exists; that consciousness is at best an epiphenomenon, along for the ride so to speak, but without causal efficacy; that belief in God, spirits or anything that goes beyond the physical is sheer delusion.

People who espouse scientism (perhaps we could call them “scientismists” to distinguish them from true scientists) take as the ultimate and only truth a narrow view of the scientific method and a subset of the findings of science. In this they are indeed religious; they espouse their view of the world with the same dogmatism and fervor as the worst of the religionists.

What those who make a religion out of science don’t seem to understand is that the scientific method itself is based on some assumptions that are not, strictly speaking, demonstrated by the method: that there is an objective reality; that it is ordered in a rational and intelligible way; that it is describable by immutable mathematical laws, laws that are not going to change arbitrarily with the passage of time or in different regions of space; and that these laws are discoverable by systematic observation and experimentation.

And science — meaning both the scientific method and the results of that method so far — fails to explain why these things are so. Science cannot tell us where the mathematical laws come from, nor why they apply as they do. Science is based on faith in an orderly universe. So far that faith has panned out, and we have no reason to disbelieve it; but faith it is, nevertheless.

Uncritical faith in anything is unworthy of a true human being, whether that be revealed religion or the findings of science. Religious believers would do well to understand and appreciate what science is really about: “The real purpose of the scientific method is to make sure Nature hasn’t misled you into thinking you know something you don’t actually know.”(3)

And those who make a religion out of science would do well to have some humility and realize that they are not so different from those to whom they think they are superior.

(3) Pirsig, Robert M., _Zen and the Art of Motorcycle Maintenance_ as quoted in Railsback, Bruce, “Some Definitions of Science.” On-line publication, URL = http://www.gly.uga.edu/railsback/1122sciencedefns.html as of 22 November 2011.

2 Responses to IDEAS / Bill Meacham : Is Science a Religion?