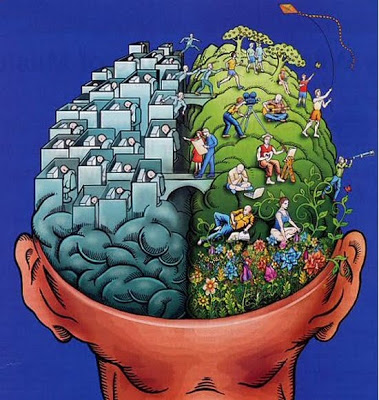 The cardinal sin of philosophy, committed all too often, is to use terms that are ambiguous.

The philosophy club is currently studying Philosophy of Mind, a topic fraught with ambiguity. People use terms such as “mind,” “consciousness,” “awareness,” “experience,” and so forth as if everyone knows what they mean. But they can mean very different things to different people; and the cardinal sin of philosophy, committed all too often, is to use terms that are ambiguous.

You start out talking about one thing and end up talking about something else even though you are using the same word. That’s called equivocation, and it is bad because it promotes confusion rather than clarity.

One of the things philosophers claim to be good at is logical definition and clarification of terms, so in this essay I propose some definitions of salient terms. I do not claim that these are the only correct definitions. I merely claim that if we all agree to use words the same way, we’ll have a productive conversation rather than talking past each other, and that this is the way I recommend. Don’t expect any grand conclusions, just (I hope) some clarity.

Of all the concepts relating to mind, I propose that we use experience as the most inclusive. It means the subjective aspect of a person’s taking into account his or her world. By subjective I mean detectable or observable in principle by only one person, the one who is taking his or her world into account. This is in contrast to objective, by which I mean detectable or observable by more than one person.

At any rate, “experience” is the broadest category, including everything from being awake, focused and alertly paying attention (to something) down to hazily and dimly having a feeling (of something) in the background, so to speak, even so far in the background that it is not present to our attention at all. The latter is what some call “non-conscious experience.”

Consciousness is a subset of “experience.” I prefer to use the phrase “being conscious,” because “consciousness,” a noun, implies something fixed and substantial, but our experience is ever changing. Being conscious involves the following:

Consciousness happens when attention is focused on something — that is, something is present vividly — and at the same time there is some thinking about that same thing. Without the thinking, there is experience, but it is not memorable enough to be called conscious experience.

Being acutely conscious is one end of a spectrum of kinds of experience. I use the terms awareness or being aware for the entire spectrum, particularly the less vivid and acute end.

Consider the so-called consciousness of animals. We cannot know for sure, but we can imagine that the world is presented quite vividly to a dog, but we doubt that the dog thinks about it much. The dog’s attention seems to shift quite rapidly as it sniffs at one thing and then barks at another with no behavioral evidence of there being any connection between the two.

Consider highway hypnosis, times when the driver is unable to recall specific moments or events during extended periods of driving. Certainly the driver is aware of — n the sense of being responsive to — his or her surroundings, the other cars on the road, the turns and intersections and so forth; but he or she drives automatically or habitually, without thinking about it.

In both cases I would rather say that the dog or person is aware, rather than conscious, of its or his or her surroundings. Others may use the term “awareness” differently. This is how I recommend using it. Because “being conscious” ordinarily connotes clarity and distinctness of perception, I would like to use “being aware” to denote the broad spectrum of ways we experience and take into account our environment, from clear and distinct perception of publicly-observable things or our private ideas to vague and obscure presentations of moods, bodily sensations, the not-fully-attended-to physical environment, etc.

Let’s reserve “being conscious” for wakingly and explicitly being aware.

My point is that clear and distinct perception is not the only form of being aware; in fact is it only one end of a continuum, at the other end of which are vague and indistinct presentations, emotional and physical feelings, and finally subliminally or subconsciously presented objects of which we can only with the greatest of difficulty become explicitly conscious.

That’s how I would like to use these terms. But there are other uses, and it is useful to take a look at them so you can recognize them when you come across them. Particularly slippery is the term “consciousness.”

The first sense of the term “conscious” is simply being awake. When you are awake you are capable of making a well-integrated response to your environment. Humorously we can say that consciousness is that annoying interlude between naps.

The second sense of “conscious” is being aware. To be conscious is to be aware of something. In this sense, “consciousness” is ordinary experience, which is always experience of something, such as people, trees, books, food — all the things around us — or of subjective things such as bodily sensations, thoughts, feelings, etc., the contents of consciousness.

Zeman says, “The interplay of sensation, memory, emotion and action is the foundation of ordinary experience.”(2) He quotes William James in Principles of Psychology, as saying that consciousness is “the current content of perceptual experience.”

However — and here is where the definition of the term gets slippery — sometimes the term “consciousness” means not the content but the container, that which holds or includes the content. Consider phrases such as “It was not in my consciousness” and “expanding your consciousness.” Clearly the metaphor is that consciousness contains something else, and if consciousness is expanded it can contain more things or perhaps the same things more vividly.

Yet another meaning of the term “consciousness” is mind or the subjective, interior aspect of the human being. Zeman says, ”…’conscious’ in this third sense can be used to report our acquaintance with any state of affairs whatsoever….”(4), whether public or private. In this sense you are conscious of anything that passes through your mind, and the term “conscious” means “knowing.”

Consciousness in this sense (the state of knowing) is related to intentions and purposes, as in “a conscious attempt to influence the proceedings.”(5) There is a link between consciousness and volition, the act of willing, or its outcome, deliberate action. This sense of “consciousness” bridges perception and action. You do something deliberately when you know that you are doing it and plan and intend to do it.

Another meaning is the way you interpret your world in a more global sense, particularly politically. Marxists talk about “bourgeois consciousness” or “proletarian consciousness,” meaning the categories people in those economic classes use to think about economic or political events or their place in the social order, particularly if those categories are not examined but instead are used uncritically. In this sense “consciousness” refers to characteristics of the container. The container is like a filter or colored lens, such that you pay more attention to certain contents than to others without realizing that you are doing so.

Finally, the term may be used to refer to a conscious being such as a person or even a deity: “He could sense a consciousness somewhere in the distance” or “a vast consciousness watching over us.” Such figurative speech — technically called synecdoche, using a part to represent the whole — is not at all how discussions of mind would use the term, however.

Zeman helpfully lists several common meanings of the term “self-conscious.”(6) The first is awkward or prone to embarrassment. Self-consciousness is excessive sensitivity to the attention of others when it is directed towards us. An essential element of self-consciousness in this sense is knowing that others are conscious of us.

Another sense of ”self-conscious” is self-detecting. We can detect things that are happening to us or are caused by us, as opposed to happening to or caused by someone else. We ascribe this knowledge in greater and greater degree to children as they grow out of infancy. The infant, we surmise, has little self-consciousness in the sense of being able to detect what happens as a result of its own activity as opposed to someone else’s. As children grow older they acquire self-consciousness in this sense.

An elaboration of this sense of self-consciousness is self-recognizing. When you are self-conscious, the contents of your experience include a concept or idea of yourself, a self-representation. This gives rise, says Zeman, to second-order evaluative emotions such as envy, pride, guilt, and shame, which require a sense (concept) of yourself as the object of others’ attentions. First-order emotions, such as joy, anger, sadness, interest, disgust and fear, do not presuppose any self-representation.

Finally, you can speak of being self-conscious in a broader sense as having self-knowledge, your knowledge of the entire psychological and social context in which you come to know yourself.

Sometimes being conscious entails thinking about your subjective experience while experiencing something, rather than — or in addition to — thinking about the thing itself. You put some attention on the fact that attention is focused, i.e., that you are conscious of something, as well as on the thing itself. That this type of experience is always vivid and leaves memories leads some to believe that consciousness always entails some degree of self-consciousness.

However I think this is not the case. We need to be careful about the meaning of our words here. Certainly you do not have to have self-knowledge in order to be awake and responsive to your surroundings. The question is whether ordinary human experience always contains some element — sometimes more pronounced and sometimes less so — of knowledge that you are conscious. I think careful observation of experience will show that sometimes it does and sometimes it does not, but I am open to discussion about the matter.

Being conscious or being aware always entails being conscious or aware of something. This “ofness” is called “intentionality” in the philosophical literature, and the meaning of “intention” is different from its meaning in ordinary usage. “Intention” in the normal sense means your plan to make something happen. It is more than just desire; it entails some degree of determination to make it happen and thus some amount of thinking about how to accomplish it. The technical term means something else. Here are two explanations:

“Intentionality” is a technical term used by philosophers to refer to that capacity of the mind by which mental states refer to, or are about, or are of objects and states of affairs in the world other than themselves. … The English technical term comes not from the English “intention” but from the German Intentionalität and that in turn from Latin.(7)

The standard philosophical term for aboutness is intentionality, and … it “comes by metaphor” from the Latin intendere arcum in, which means to aim a bow and arrow at (something). This image of aiming or directedness is central in most philosophical discussions of intentionality.(8)

Well, that’s all folks. As I said, I have no profound insights to pass on, only recommendations for using language in a mutually agreeable way.

But I will say this: If it is important to know ourselves, as Socrates and the Oracle at Delphi advised, then being able to speak without ambiguity about mind, experience, consciousness and so forth is not just a good intellectual exercise. It is important for self-understanding and hence for self-improvement as well.