If You Mess Up, People Get Hurt

How much we blatantly and consciously minimise the effects of this war in Iraq. It is unconscionable to me that we almost refuse to acknowledge the death in Baghdad of innocent civilians every day as a direct consequence of planned US air strikes. Remember for each Hellfire missile fired, the statistics tell us that 9 civilians will die for every combatant killed. We so ignore this horrifying fact.

It is time to acknowledge the war crimes, bring the criminals to justice, and get the hell out of Iraq. 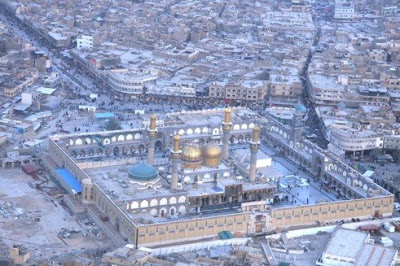 Different Perspectives: from the air before death strikes
In Iraq, a Surge in U.S. Airstrikes
By Ernesto Londoño and Amit R. Paley / May 23, 2008

Military Says Attacks Save Troops’ Lives, but Civilian Casualties Elicit Criticism; Since clashes broke out in eastern Baghdad in late March the U.S. Army has fired more than 200 hellfire missiles in Baghdad, killing over 251 people. A pilot describes his experiences.

“The city looks like a bucket of Legos dumped out on the ground,” the 26-year-old pilot said. “It’s brown Legos, no color. It’s really dense and hard to pick things out because everything looks the same.”

He uses a powerful lens to zoom in on tiny silhouettes, trying to identify people with “hostile intent” among hundreds of ordinary citizens in Baghdad.

In recent weeks, Katzenberger and other pilots have dramatically increased their use of helicopter-fired missiles against enemy fighters, often in densely populated areas. Since late March, the military has fired more than 200 Hellfire missiles in the capital, compared with just six missiles fired in the previous three months.

The military says the tactic has saved the lives of ground troops and prevented attacks, but the strikes have also killed and wounded civilians, provoking criticism from Iraqis.

On Wednesday, eight people, including two children, were killed when a U.S. helicopter opened fire on a group of Iraqis traveling to a U.S. detention center to greet a man who was being released from custody, Iraqi officials said.

The U.S. military said in a statement that it had targeted men linked to a suicide bombing network. “Unfortunately, two children were killed when the other occupants of the vehicle, in which they were riding, exhibited hostile intent,” the statement said. 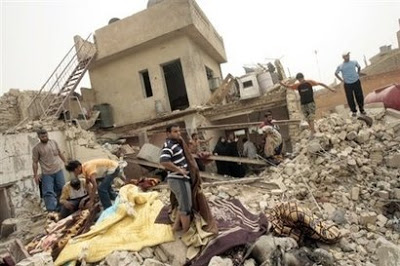 Different Perspectives: on the ground after death and mayhem strike
“It’s not Hollywood and it’s not 110 percent perfect,” said Col. Timothy J. Edens, the commander of the 12th Combat Aviation Brigade, of the accuracy of his unit’s strikes. “It is as precise as very hardworking soldiers and commanders can make it. These criminals do not operate in a clean battle space. It is occupied by civilians, law-abiding Iraqis.”

Those civilians include people like Zahara Fadhil, a 10-year-old girl with a tiny frame and long brown hair. Relatives said she was wounded by a missile on April 20 at approximately 8 p.m. in Baghdad’s Shiite enclave of Sadr City. The U.S. military said it fired a Hellfire missile in Zahara’s neighborhood at that time, targeting men who were seen loading rockets into a sedan.

Her face drained of color and her legs scarred by shrapnel, Zahara spoke haltingly when asked what she thought of U.S. troops.

“They kill people,” she said. Lying in bed, she gasped for air before continuing. “They should leave Iraq now.”

Shortly after Prime Minister Nouri al-Maliki launched an operation in late March to crack down on Shiite militias in the southern city of Basra, Shiite fighters in Baghdad stepped up mortar and rocket attacks against the Green Zone, the fortified area housing many U.S. and Iraqi officials. A handful of Americans were killed in those attacks.

The U.S. military responded by targeting fighters from the air, firing Hellfire missiles almost daily into Sadr City, a vast and impoverished district that is the Baghdad stronghold of anti-American cleric Moqtada al-Sadr. U.S. forces have also supported Iraqi troops on the ground.

Many residents described the recent military operations in Sadr City as indiscriminate attacks. Civilian deaths and damage to homes were key reasons Sadrist leaders demanded that U.S. troops remain on the sidelines of an Iraqi Army incursion into Sadr City this week that has significantly reduced violence there.

At a sprawling air base on the outskirts of Baghdad, Edens, Katzenberger and their colleagues live in small trailers surrounded by blast walls, play volleyball on sand courts and eat at an outdoor food court. Many of the pilots are in their 20s.

The pilots sometimes scrawl messages on the five-foot-long missiles strapped to their “birds.” During a recent visit to the base, a reporter saw a missile addressed to “Haji,” an honorific for people who have made the pilgrimage to Mecca. Many U.S. soldiers use it to refer dismissively to Iraqis and Arabs in general. Someone wrote “rock this thang” on another.

The small, white trailers adjacent to the airfield where the pilots do paperwork have Christmas lights strung from the ceiling. Two bumper stickers on windows say: “I [heart] Sadr City.”

Just before the missile hit, Zahara was returning home from delivering food to neighbors. She was near the door when her grandmother yelled: “Get inside the house!”

As she began to move, the missile crashed into the house, throwing her behind a set of stairs.

One of Zahara’s uncles, Dhia Rahi Shaie al-Koreishi, 34, a taxi driver, and her grandmother, Um Fadhil al-Koreishi, were killed by the blast.

“The heart of this family has been ripped out,” said Alaa Rahi Shaie, 29, another uncle, who was stoic in describing the death of his brother. “This is his blood,” he said, indicating red splotches in front of his home. “And the remains of his head are over there.”

He pointed at a large mound of dirt. A group of young boys dug out the remains and then showed visitors a black bag filled with clumps of hair and scalp.

Family members and neighbors said they didn’t see anyone in the area fire rockets. Two black funeral banners hung outside the battered home to honor the dead.

US strike kills children north of Baghdad
By Kim Gamel, May 23, 2008

BAGHDAD – A US helicopter strike north of Baghdad killed eight people in a vehicle, including at least two children, Iraqi officials said Thursday, insisting all the dead were civilians. The US military said six were al-Qaida militants but acknowledged children were killed.

The attack threatened to further alienate Sunni Arabs at a time when the US is working to keep them on their side in the fight against the terror network.

Associated Press Television News footage showed the bodies of three children in blood-drenched clothes – the eldest appearing to be in his early teens – along with the bodies of five men, at the hospital in Beiji, where the dead were taken after Wednesday evening’s strike.

Iraqi and US officials each put the number of slain children at two, and the reason for the discrepancy was not known.

It was the latest incident threatening to alienate Sunnis, who have played a key role in the steep decline in violence over the past year by joining forces with the Americans against al-Qaida in Iraq. Beiji, an oil hub 250 kilometers (155 miles) north of Baghdad, lies in a largely Sunni Arab area.

The strike came as the US was trying to ease Iraqi anger over the shooting of a copy of the Quran by an American sniper, who used Islam’s holy book for target practice.

In Afghanistan, a protest over the Quran shooting turned violent, leaving a NATO soldier and two demonstrators dead, after protesters began throwing stones at police and troops, a NATO spokesman said. Police opened fire on the protesters, killing two. The soldier was also killed by gunfire but it was not clear by whom.

Iraq has not seen any street protests over the Quran shooting, which took place earlier this month in a Sunni Arab area west of Baghdad. But Iraqi leaders have loudly denounced the act, prompting a series of apologies from US military commanders and US President George W. Bush. The US military says the sniper was disciplined and removed from Iraq.

In the attack near Beiji, the military said its forces were targeting members of an al-Qaida suicide bombing network. The forces engaged the occupants of a vehicle after they refused to surrender and “exhibited hostile intent.”

It said five suspected “terrorists” were killed along with two children in the vehicle. A sixth militant was killed in a field next to the road, according to a statement.

Beiji police Col. Mudhher al-Qaisi, however, said the dead were six civilian farmers and two children who were fleeing in their vehicle from the area after the US forces launched their raids. He said a US helicopter became suspicious of their vehicle and opened fire on it.

A resident of the area, Mohammed al-Shimmari, said the raid occurred when a group of his relatives had gathered at the home of his cousin, who is being held by the US military on suspicion of insurgent ties, after hearing he would be released soon.